Buns are out; loaves are in. 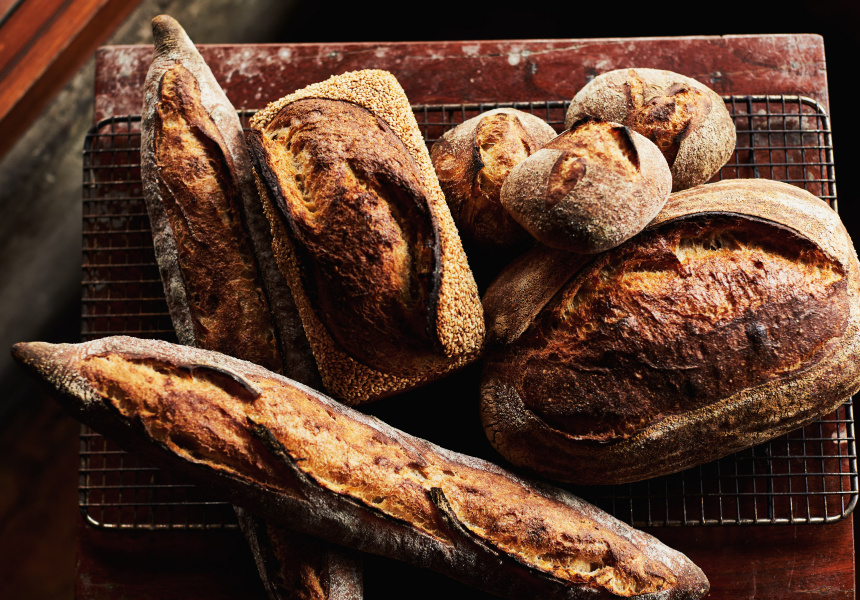 Melbourne’s burger lovers went into mourning in June when Smith Street’s Rockwell & Sons closed its doors. The restaurant’s famed Double Patty Smash burger is no more – but in its place will be hot loaves straight “out of the dark” oven when Falco Bakery opens in November.

“Rockwell was a bit polarising in what we offered. Not everyone wanted to eat cheeseburgers and fried chicken. Everyone’s a bit more health conscious. This is kind of a result of that,” chef and co-owner Casey Wall tells Broadsheet.

Falco Bakery is from Wall, Manu Potoi and Michael Bascetta (Liberty Group, also behind Capitano and Bar Liberty) and is named after the Austrian singer (“Rock Me Amadeus is the jam,” says Wall). To run the bakery they are bringing on former Tivoli Road and Tartine baker Christine Tran (also a co-owner), who is working with Wall towards an updated take on a classic Australian bakery.

“They’re the epicentres of the community when you go to small towns. I go around rural Victoria a lot – I ride my bike way too much,” says Wall. “You roll into a town and that’s where you gravitate towards.”

The space will be designed by Chris James Design Studio which also took care of the fit-out at Capitano and Bascetta’s co-working space Worksmith. Most of the site will be given over to the bakery, but there will be 25 seats if you want to eat in. Currently in the works for the menu are savoury morning pastries, sandwiches and 15 to 18 different pies such as a Double Patty Smash pie as a memorial to the old joint’s most popular item.

“We’ll be making the pastry [for the pies] in-house. We’ll be using butter instead of shortening," says Wall. “Christine is a trained baker and I’m a chef so we can come together and help each other come from different angles.”

Given Wall was born in the US, he has a less sentimental take on some Australian bakery staples that will be updated at Falco Bakery.

“Since I’m not Australian I don’t have some of the cultural attachment to some of the things that are served. Vanilla slices to me aren’t that great, although I know some people love them. The texture can be a bit off-putting,” says Wall.

“I really like neenish tarts,” he continues. “The technicolour pink icing on top, nothing about it looks real. We’ve been playing around with a more natural version of a neenish tart. I don’t think we’ll decorate anything with M&Ms or have icing faces on stuff, but I feel like we can tweak some of those Australian classics and make them a little more natural.”

Falco Bakery is scheduled to open in November at 288 Smith Street, Collingwod. 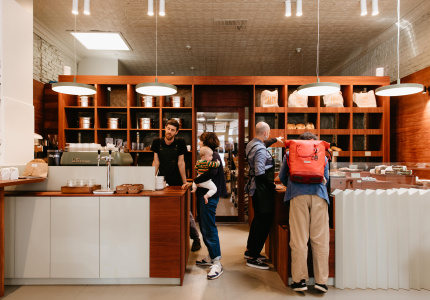