Five levels, two restaurants, a rooftop bar, outdoor gardens, breakfast and a 3am license – Melbourne’s newest and most ambitious venue wants you to have it all. 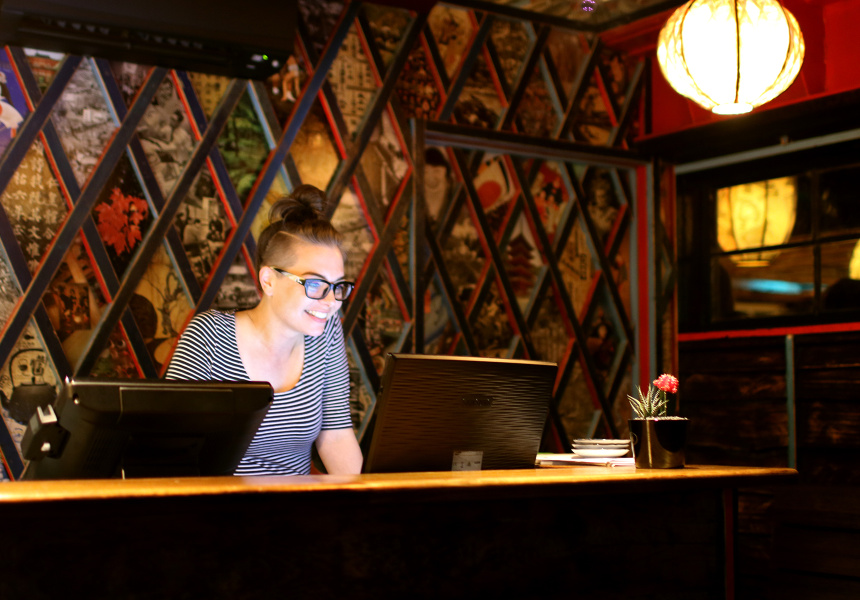 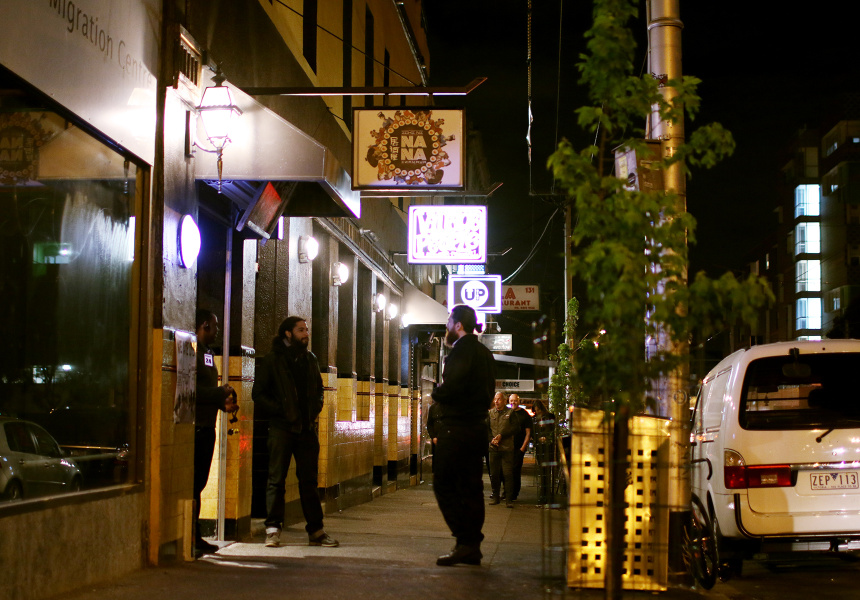 Between the Brotherhood of Saint Laurence and a tobacconist, and just opposite the Atherton Gardens commission flats, is what looks like a mustard-coloured old pub.

But inside 127 Brunswick Street, the new venture by Paul Adamo and Vince Sofo that quietly opened on Thursday, is one of the most ambitious venues Melbourne has seen for a long time.

What seems like a three-storey venue from the outside is actually five. Ichi Ni Nana, headed by ex-Nobu chef Razmy Gaffer, is a Japanese izakaya, breakfast diner and sushi bar that spans an enormous floor, outdoor deck (with a retractable roof), a basement and a mezzanine.

South East Asian restaurant and cocktail bar Village People is led by ex-Longrain chef Arte Assavakavinvong and takes up the second floor and another courtyard area. And finally, at the top, there’s Upside Rooftop Bar, and indoor-outdoor area with a DJ booth, that will surely be slammed on summer nights.

Both Ichi Ni Nana and Village People serve a full dinner menu until 3am on weekends.

There’s also a coffee window facing the street where you can grab a morning brew and sit on the footpath, or even get a Japanese beer or sake to go, due to the pub’s old bottle-shop license.

Sofo and Adamo have worked together on many venues since 1994. These currently include The Espy and Ichi Ichi Ku in South Yarra and Ichi Ni in St Kilda. They bought what was the Old Colonial Inn four years ago and started building shortly after. The old Fitzroy pub wasn’t much, and the transformation is remarkable, especially considering Sofo and Adamo built it themselves.

“We like to get a blank canvas and put our fingerprint on everything. We always build ourselves,” Sofo says. “Sometimes you can make mistakes, and its still okay. The end result is a lot more satisfying.”

The depth of detail in the venue is staggering, a testament to the years of work put in by the two owners. It’s a refreshing departure from some of the slick but soulless designer fit-outs appearing across Melbourne. Take the intricate, painted ceiling panelling above the coat check (which took the pair six months to complete), or the four-person private dining booth inside an imported cable car from the 1997 Nagano Winter Olympics, which is fitted inside with its own sound system. Also look for a mural of the owners’ dogs, featuring a French bulldog and British bulldog. Sofo says, “Every place we’ve had, we put our dogs in it.”

127 Brunswick Street is a lot to absorb, but that’s the idea. You can spend an entire evening in one venue, and still feel like you’ve been out bar hopping all night.

As Sofo puts it: “On Friday night, I saw a group of people start at the top, they went down to Village People, had a snack and ended up on the deck, then they went upstairs and a couple of them started dancing together. They were here for six hours. And when you see that, you think, ‘It really does work’.”