Find an avocado-prawn toast mashup and bubble waffles for brunch, and pineapple buns, drunken kingfish and honey-roasted duck for dinner – with theatrical cocktails. 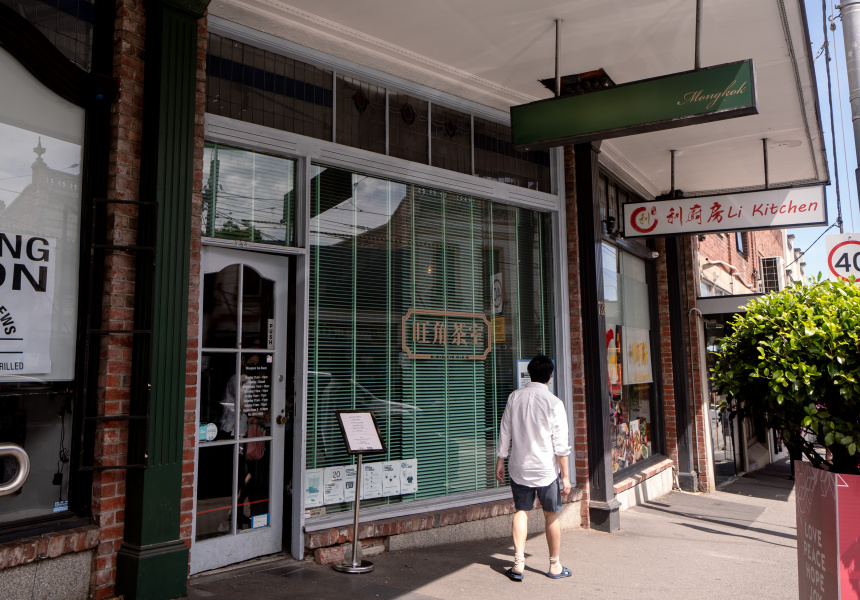 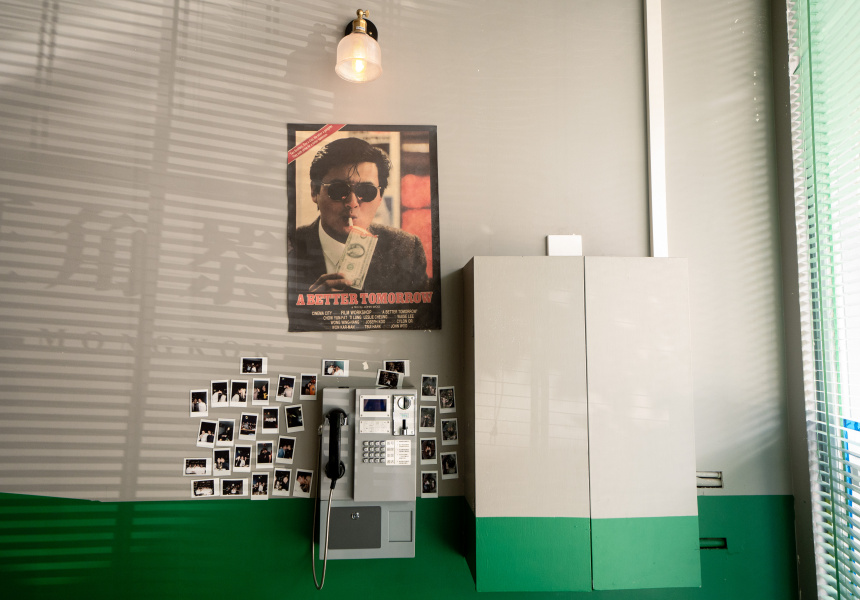 Hong Kong is known for many things – its nightlife, vibrant food scene, historic culture and British influences. New restaurant and bar Mongkok Tea House wants to bring all those defining features together in one spot in Camberwell.

Mark Dang and Jack Lin (of CBD bar Manchuria) first opened Mongkok in February of last year, but it really hit its stride when chef Jack Tsai joined the team in September.

The Canadian-born chef’s CV includes Attica at Home (the fine diner’s takeaway pivot during the 2020 lockdowns) and Pinchy’s, plus stints at renowned restaurants around the world. But his time at Lee Ho Fook heavily influenced the direction he’s taking with Mongkok.

“One of the reasons I took this job was an opportunity to do something really different, which I’ve wanted to do for a while now,” he tells Broadsheet. “Given my background – being Taiwanese – and my professional background working in European fine-dining restaurants, I’ve always wanted to combine the two together.”

The concept is drawn from cha chaan teng, or Hong Kong-style cafes, known for affordable dishes that combine traditional Chinese and Western cuisines. “When Hong Kong used to be a British colony, they wanted to eat like the British people but couldn’t afford to eat at actual English restaurants, so they came up with their own version of it,” Tsai says.

During the day, Mongkok serves familiar brunch dishes with Asian flourishes – think deep-fried prawn toast with an avocado rose on top; bubble waffles (another Hong Kong specialty, albeit a more modern one) with matcha ice-cream; and French toast with milk-tea ice-cream, coffee syrup and condensed milk inspired by yuenyeung, a Cantonese blend of milk tea and coffee. To drink, there’s traditional milk tea, yuenyeung itself, bubble tea and coffee from Market Lane.

But at night, the neon lights glow brighter, the bar at the centre of the diner comes to life, and the menu more closely reflects Tsai’s fine-dining expertise. The bread course is a sourdough take on bolo bao, or pineapple buns (named for the texture of the crispy topping; there’s no actual pineapple in there), served with char siu butter and pork floss. And Scotch eggs get a Chinese makeover with quail eggs and prawn-toast filling rather than your standard mince.

The drunken kingfish channels drunken chicken, using lightly cured raw hiramasa kingfish, Shaoxing wine, and oils made with ginger, chilli and spring onion. And one of the specials – which Tsai is particularly fond of – is the honey-roasted duck, dry-aged for a week then processed similarly to Peking duck, but with honey and spices coating the crunchy skin.

Lin is in charge of the bar, where he’s developed a cocktail list that plays with Chinese nostalgia, as well as a bit of theatre. The Mongkok Broad Mug is served in a tin cup (inspired by those used in Hong Kong in the ’80s and ’90s), with barrel-aged gin, grapefruit and honey. Van Gogh’s Sweet Dream comes in a glass cloche filled with fragrant cherry-wood smoke, and the Pipa Gao – named for a Chinese herbal cough syrup – uses some of the medicine in the mix, along with bourbon, calvados, lime juice and mint.

Lin and Dang designed the space themselves, taking their favourite elements from old Hong Kong, including the green and grey tiles on the floor, metal gates around the bar, worn leather bar stools and vintage knick-knacks dotted around the space. One of the walls is covered in old posters and photos of some of the region’s most famous actors. 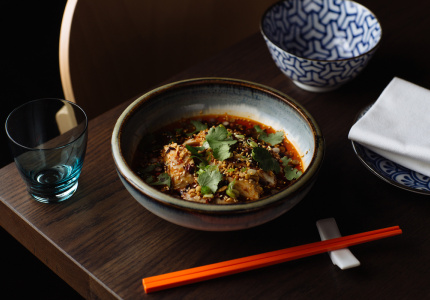