Ethiopian Cooking with The Horn

Enushu Taye of The Horn shows us how to make a traditional Ethiopian stew. No cutlery allowed. 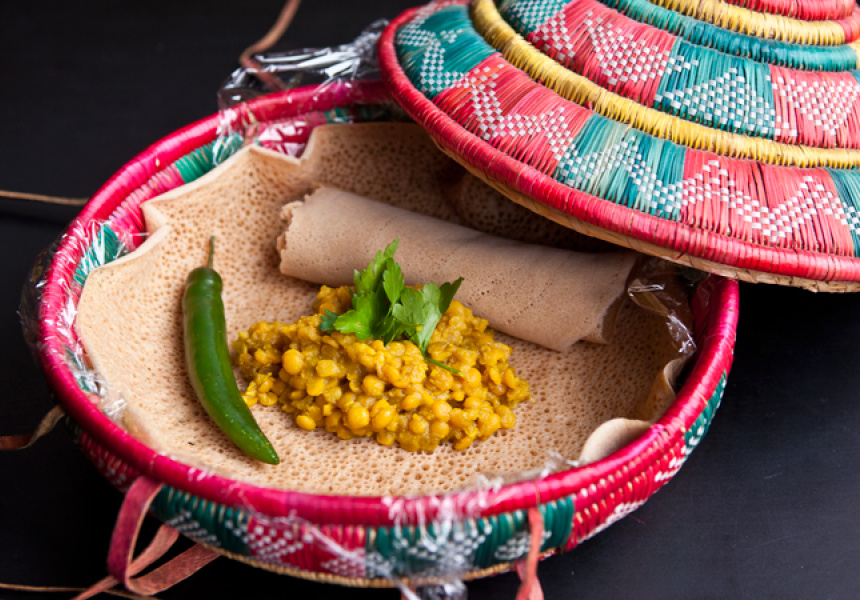 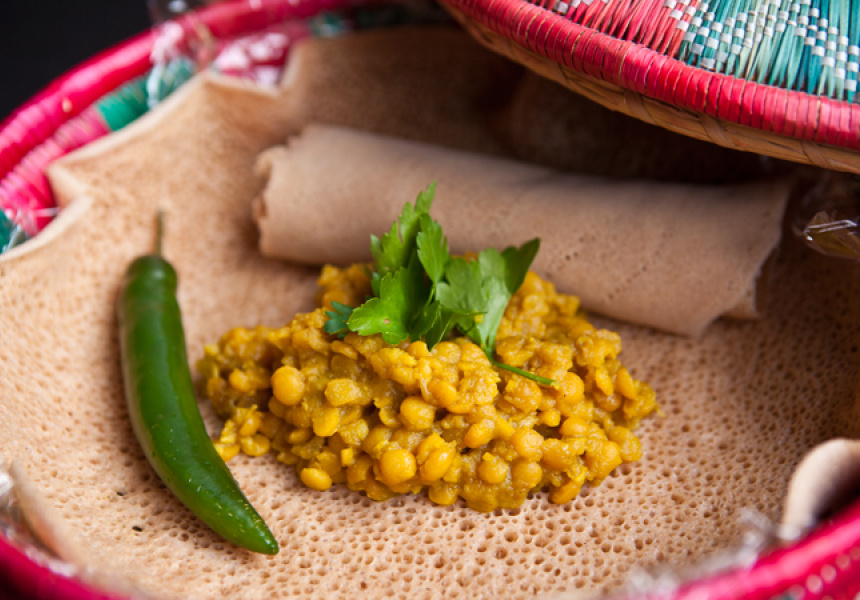 While Melbourne is working itself into a frenzy over burger joints and izakayas, there is a quiet newcomer to Australian cuisine, sitting patiently on the inner city’s fringes, on the cusp of an explosion of its own.

Ethiopian food is still finding its footing amongst the other international cuisines jostling for space in a hungry city, but the experience is unlike anything else.

But what truly makes this cuisine such a deeply fulfilling affair is the fact that it is literally made to share. The stews are ladled together on top of an enormous, soft, fermented flatbread called ‘injera’, which acts as a communal, edible plate.

Resembling a pancake, the injera’s sponginess absorbs the flavours brilliantly and its sour, tangy taste acts as cool relief from the spiciness of the stews.

Once served, everyone eats with their hands (right hand only, if you want to be polite) by tearing off a piece of injera and using it to scoop up a bite-size parcel of stew.

“Part of sharing on one tray is having a feeling for others,” explains Enushu Taye, head chef at The Horn in Collingwood. “When you share with people, you actually think for others.”

Speaking of sharing, Taye was kind enough to show us how to make a common Ethiopian stew known as ‘Ater Wot’. This simple little number is truly a dish for everyone: vegan, affordable and, most importantly, absolutely delicious.

*Due to the long fermenting process, injera can be a little tricky to make at home (although definitely not impossible).

At just 24 hours notice you can pick up some delicious injera from The Horn. Otherwise there are plenty of places around Footscray, as well as the western and northern suburbs where you can buy a fresh bundle.