Enhancing the Humble Gin and Tonic

We’ve come to view the humble lime wedge as the go-to garnish for Gin and Tonic. But we could be doing so much more. Gin & Tonic garnish: sliced capsicum and a stem of rosemary 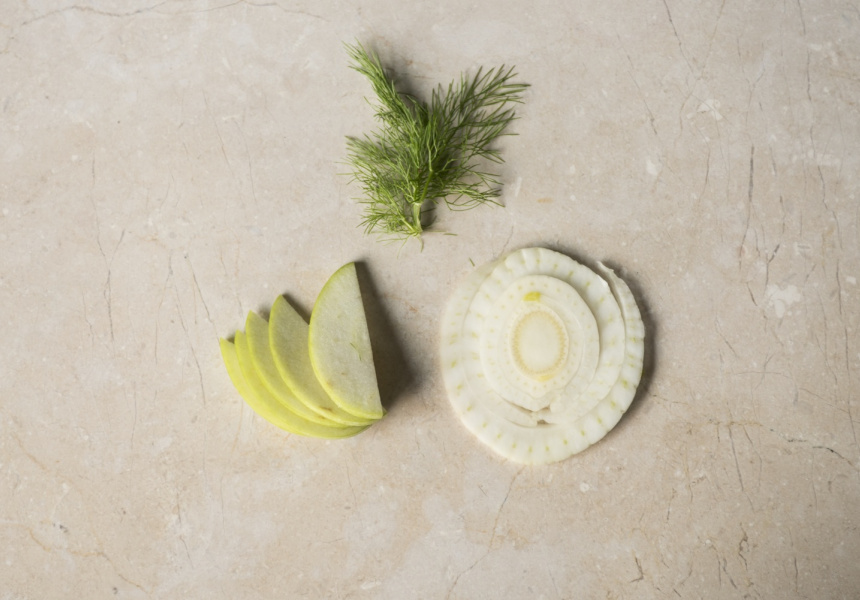 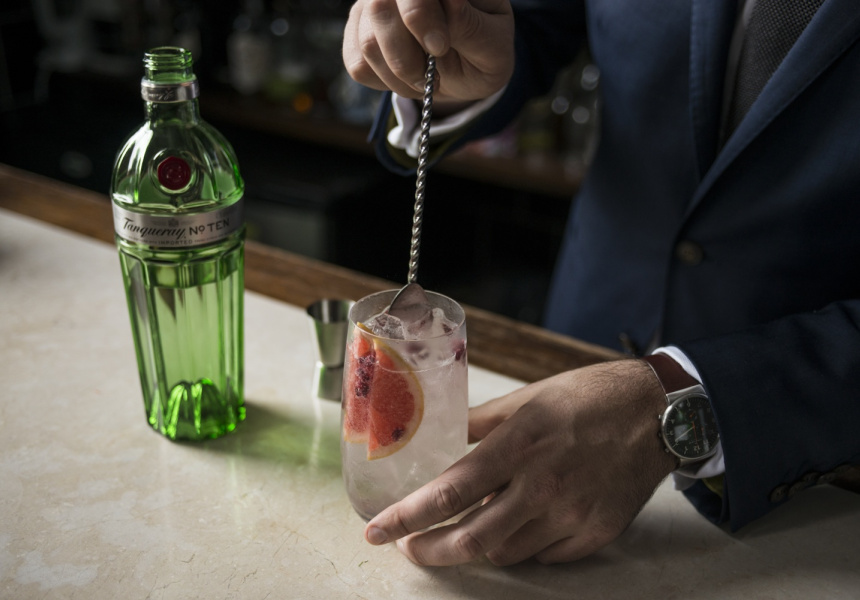 A well-executed garnish brings a sense of completeness to a drink. Someone who knows the importance of the garnish is Rollo Anderson, World Class bartender and operations manager at The Rook in Sydney. According to Anderson, the addition is not just for visual effect: it’s a chance to enhance the experience.

“You want to complement rather than reinforce,” says Anderson. “A huge mistake people make is that they smell the gin and, if they can detect notes of lavender, they think they need to add a floral garnish.”

“But you don’t roast tomatoes then think, ‘I know what these need on top of them: a great tomato salsa’.”

By these standards, you could argue that those of us who have been using a lime wedge into a G&T with Tanqueray No. TEN – whose botanicals include grapefruit, lime and orange – have been doing it wrong. But Anderson’s methods are by no means highfalutin’. They simply focus on bringing the best out of your gin, and that can mean using very nearly anything.

Once a month The Rook hosts a gin night, and Anderson says that’s when things get really interesting.

“Recently we did a sloe gin with apricot syrup, then stirred in cloves and roasted hazelnuts. People can actually nibble on these beautifully toasted nuts as they drink.”

“I’ve also made a gin and saffron tonic, garnished with a desiccated coconut and apricot ball. You can smell the coconut as you sip on your drink.”

Anderson says there’s no limit to garnishes, as long as they enhance the gin’s flavours rather than overpower them. Skewered lollies, thinly sliced capsicum, toasted rosemary, and salt and pepper have all been used by Anderson to add a different flavour dimension to a G&T. Easily-available herbs can work just as well: basil or mint leaves, rosemary sprigs, or even sage leaves.

If you’re really getting enthusiastic, Anderson recommends true flavour explorers get their hands on The Flavour Thesaurus by Niki Segnit, a compendium of flavour pairings that has become a go-to guide in the hospitality industry.