End of Days at the East 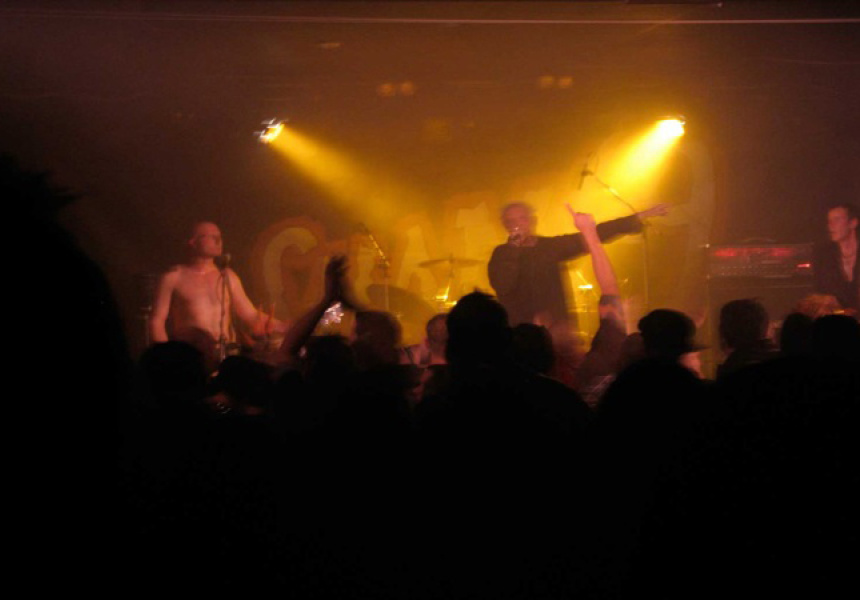 As yet another Melbourne live music venue combusts before our very eyes, the East Brunswick Club’s band bookers have been kept busy trying to send the old girl out in style. Aside from the slew of Laneway Festival sideshows planned for February (from Yuck, EMA and Step-Panther, to Chairlift and L.A. synth/harp prince Active Child), there’s also Raw Comedy, a Metallica, Judas Priest and Pantera tribute set, a Dick Diver and Geoffrey O'Connor double headline show and the Puta Madre Brothers billed to perform.

The band room also plays host to the 10-year anniversary of local label Wireless Records. Playing Wednesday February 22 are Wireless bands Ivy St, Slight Of Build and Radiant City, plus a reformed Littlestar and the peerless sounds of jittery jungle-folk band East Brunswick All Girls Choir. All have new material and the night is only $7. Sweet.

The East Brunswick Club’s 400-capacity chamber has seen limitless local and international acts tear up the stage since its refurbishment in 2006. From the likes of Philadelphian nutters Man Man, to Oz brood trio Devastations, and Mark Kozelek to The Drones, many in the Melbourne gig-going community will sorely miss this fine live space.

While the owners of the East Brunswick Club building have sold the band room, bottleshop and pub as a package, as we understand it, the building permit application was just for the band room and bottleshop, as the original pub is heritage-listed. A five-storey apartment construction will soon be erected on the site, with sources from the East still unclear as to whether the new owners will keep the hotel section alive.

Oscar + Martin's show with Parking Lot Experiments and Milk Teddy at The East on Wednesday 29 February will be the last EVER show at The East Brunswick Club.