We felt like giving Mother’s Day a little shake, rattle ‘n’ roll, so we got Nat Paull of North Melbourne’s Beatrix to spill her secret recipe for the cupcake with the cult following: the Elvis. Pump up the Jailhouse Rock and get your bake on with mum. 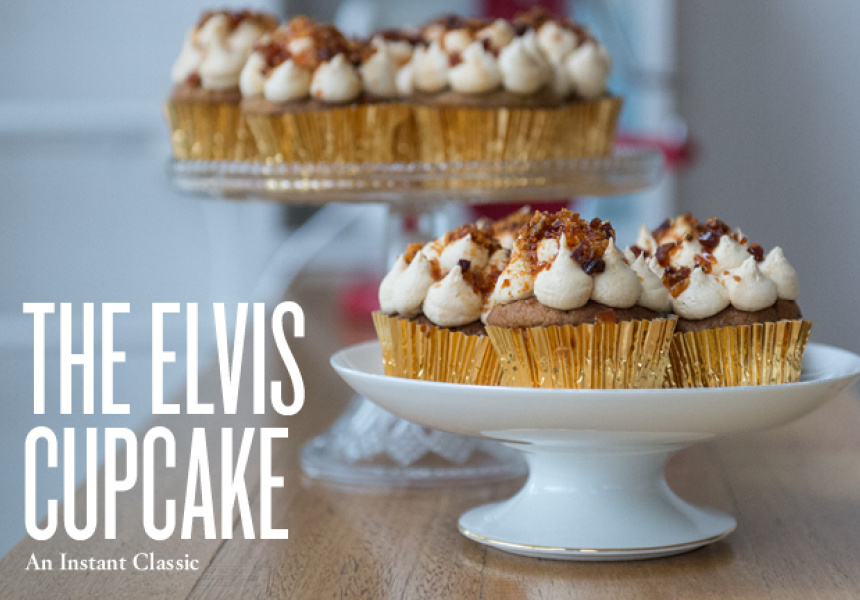 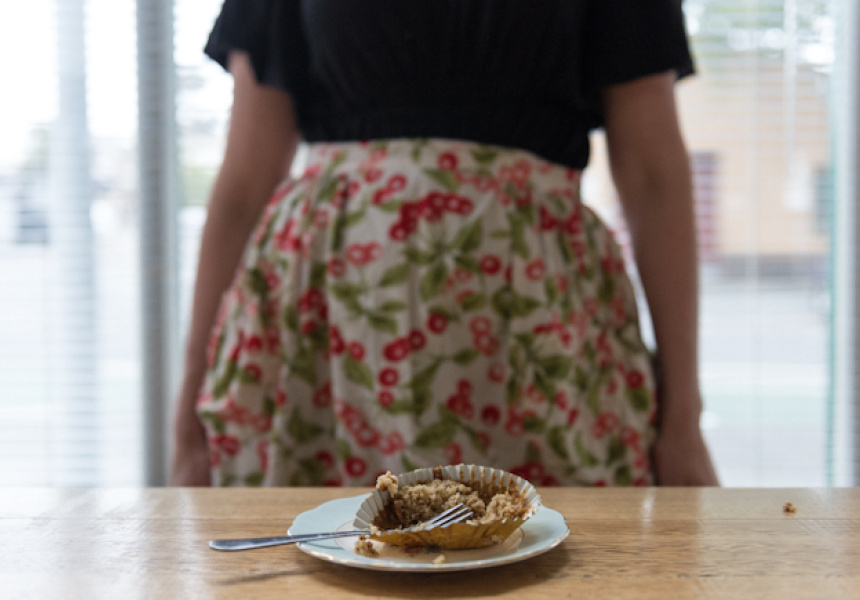 For most of us, there’s a little pocket of childhood memory that’s reserved especially for our baking adventures with mum. Lots of flour, food dyes staining our fingers and always licking the beaters while waiting for perfectly formed cookies to appear from the oven. In Nat Paull’s case, however, it wasn’t so. “I didn’t even like food until I was about 18,” says Paull, who now runs North Melbourne’s Beatrix Bakes. “I liked cooking it, but it wasn’t until I was working in the Barossa and had my first pears and strawberries and stuff like that straight off the farm with Maggie [Beer] that I fell in love.”

Thankfully for us, the love has been an enduring one, which has led her to work with some of the best chefs in Australia and eventually allowed her to create the cult-favourite cupcake of the Beatrix stable: the Elvis.

Consisting of a banana butter cake base, peanut butter icing and a bacon praline sprinkled on top, it’s hard not to think of the King as soon as you lay eyes on it. “It’s not the healthiest thing,” laughs Paull, “but it is delicious. I loved his movies when I was a kid. Clambake and Speedway were my favourite – especially Speedway with Anne Margaret. But more than anything I just love his life of excess. So I guess this is a fair representation of that!”

Forgo the traditional route of pancakes or French toast this Sunday. If your mum is adventurous, loves her rock ‘n’ roll, she’ll dig the Elvis as much as we do.

Method
1. Preheat oven to 155C. Place bacon onto a cake rack and balance over a cake pan to catch the fat. Place into the oven for 15–20 minutes and remove once the cupcakes go in.
2. Lay out 12 patty pan cases in a tin, trying to find the most grandiose and garish liners you can. After all, the King deserves bling!
3. Meanwhile, whiz the banana, sour cream and egg in the food processor until smooth. Be sure to use overripe bananas as they intensify the flavour and also break down a lot easier during mixing. And as Paull says, be sure to use full fat sour cream when making these. “It tastes better, and Elvis would have wanted it that way!”
4. Add smoothed mixture to a mixing bowl. By hand, whisk in the vanilla, raw sugar and vegetable oil.
5. Sift in the flour, bi-carb soda, baking powder and salt and whisk again until smooth.
6. Bake for 20–25 minutes, checking the centres with a cake tester. Once baked, remove from the tin immediately and place on a wire rack to cool. The cakes may lose a bit of volume once cooled.
7. While the cakes are in the oven, pop all the icing ingredients into a bowl and mix on a low speed for 10 minutes, and then on a medium speed until airy and creamy. Be sure to keep it low though, as too high a speed will split the mixture. This mixture can also be made ahead of time and frozen. Once ready to use, just get it back to room temperature and give it a quick re-beat.
8. Once the icing is done, it’s time to get onto the bacon candy. Prepare a small cake tin by lining it with baking paper, but do not grease.
9. Place the glucose, sugar and water into a small saucepan and place on a medium heat, stirring until the sugar and glucose have dissolved.
10. Once dissolved, turn the heat up to high and without stirring, leave the mixture to boil until the syrup starts to turn golden (reading 160C on a thermometer). Once golden, turn the heat down to low and stir again.
11. Pop the bacon into the caramel and stir, stir, stir until the caramel is at 180C.
12. Pour the bacon caramel into the prepared tin and make sure the bacon is distributed evenly, with candy covering it all.
13. When cooled, crush finely in a mortar and pestle and store in the freezer until ready.
14. Once the cupcakes have cooled, use a piping bag to decorate using a size nine nozzle. If you don’t have a piping bag, a zip lock or freezer bag works just as well. Fill half with icing, twist the top closed and make a small cut in one of the corners of the bag and, voila, a D.I.Y. piping bag.
15. Once the icing is on and has sat for a few minutes, it’s time to sprinkle on the bacon candy and promptly devour.