The Economics of Reinvention

After Der Raum’s seemingly sudden closure earlier this year, Matthew Bax has returned to Melbourne to open Bar Economico in its place, a ghetto-chic cocktail bar that takes the price and the pain out of buying cocktails. 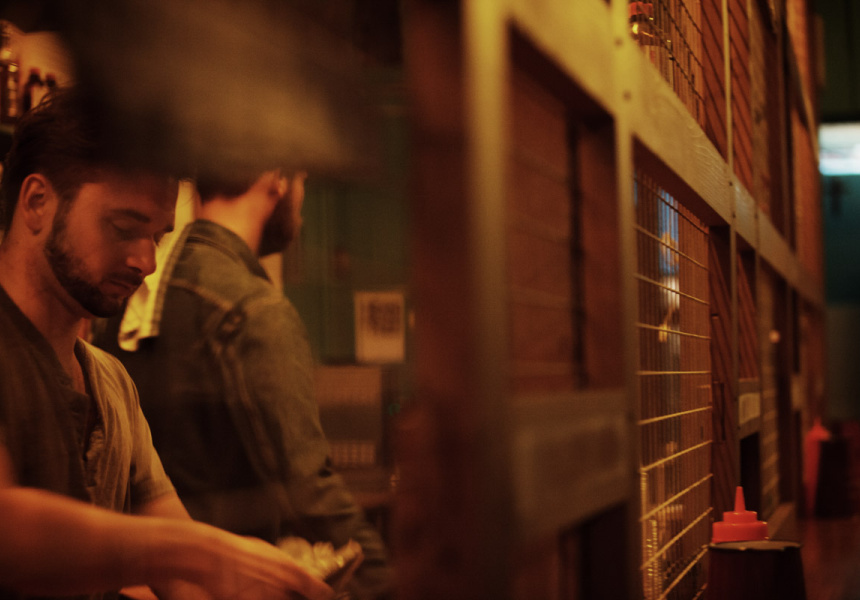 It came as a shock to Melburnians when earlier this year, after 11 years at the helm of Der Raum, one of the world’s most revered cocktail bars, Matthew Bax shut up shop and moved to Munich. He went on to launch Gamsei, a progressive cocktail bar in the heart of the German city that rose from the foundations of the famous Der Raum. But while Bax has always maintained a connection to Melbourne – Bar Americano still lives in the CBD – his newest venture, Bar Economico, sees him firmly back on the radar.

In fact, other than a few overlapping items on the cocktail menu (which were kept for “nostalgia’s sake”), the once sophisticated space looks more like a third-world rum brothel than an upmarket bar in the inner suburbs.

Instead of paying the bartender directly, you buy $5 drink tickets in advance and pass them over once you’ve got your cocktail. Basic cocktails start at $10, offering a cheap alternative to Bax’s other ventures.

“It’s all about celebrating a great product without the drink wank. A solid cocktail doesn't always have to come garnished with pomp and bowtie-wearing bartenders. It also doesn’t have to cost $20,” says Bax. “It’s about speeding up the process.”

According to Bax, Bar Economico adds even more romance to the space that once housed his award-winning bar. “We can pretend we’re more dangerous than we really are for the night,” he says. “It’s a bit of escapism.”