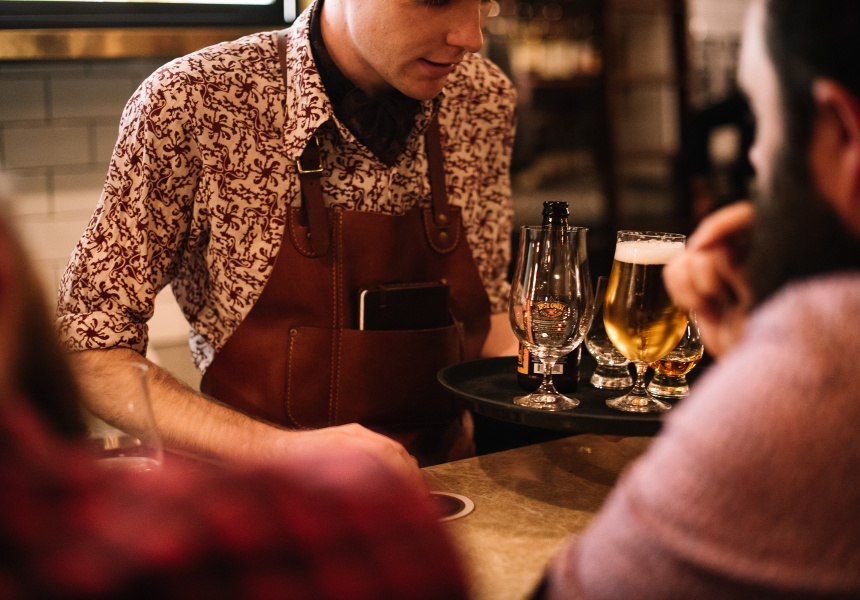 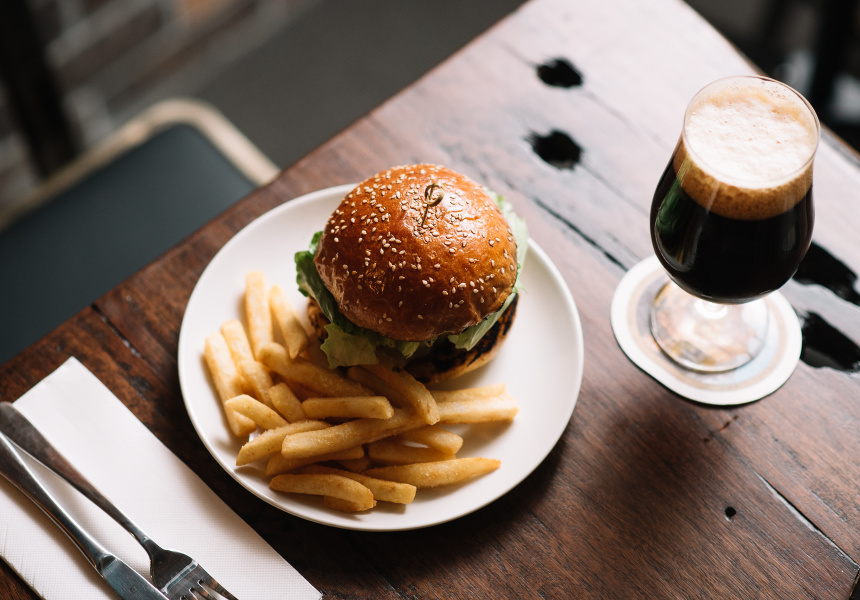 The humble coupling of a nip of whisky and an easy-drinking beer is the centrepiece of the Speakeasy Group’s second Melbourne venue, Boilermaker House.

Its goal is to bring boilermakers into the mainstream. Served on rustic slabs of natural wood in elegant glassware, boilermakers are accompanied by a small taste of cheese or meat to enhance the flavours that bind and juxtapose the pair.

Dividing the whisky, beer and boilermaker menu into flavour profiles such as “fun and fruity” makes the concept more accessible – no pre-existing knowledge of craft beer styles and obscure regions of Scotland required. Co-owner and general manager of Eau de Vie Melbourne Greg Sanderson believes the Melbourne market’s inherently sophisticated. “First, the wine lovers were here,” says Sanderson. “Then the food lovers; then the cocktail lovers; then the whisky lovers and now it’s craft beer.”

Former Eau de Vie chef Andrew Douglas applies the boilermaker concept to plates such as chips with whisky salt and beer vinegar. Cheeses, paired with fruit bread, house preserve and mixed nuts, can be picked individually or selected by the bartender on boards. The cured-meat selection is available on share plates or to self-select and devour with redeye mustard and house pickles. A selection of heartier meals is available from the grill, and cold-cut sandwiches will be offered for a Thursday-to-Sunday lunch service.

Melbourne's newest World Class drinking venue ties in to the Eau de Vie style by featuring what the team describes as its “signature knick knacks”. However the fit-out is a little less "gentlemen’s library" and a little more Adventures of Tintin. An eclectic mix of treasures from around the world includes an Indian headdress and vintage sail ship. Naturally, whisky dominates the space, with five tiers of bottles towering behind the back bar and dramatic electrical-main-switch inspired beer taps at the service area’s centre.

Although the venue appears more laid-back than EDV, the service remains the same; the snappily dressed staff has a genuine passion for craft brews and rare single malts, with weeks of cheese, whisky, beer and meat training. Boilermaker's general manager, Jack Sotti, is a true pro, being named Bartender of the Year at the Diageo Reserve World Class Grand Final.

Boilermaker House will impart some of this knowledge at tasting nights every Thursday. A range of whisky, beer and boilermaker flights will allow punters to get a feel for their flavours, and, with 700 whiskies that deck the walls and rotating tap and bottled beers, the combinations are limitless.