He makes us look at food differently, takes a realistic but intense approach to his craft and works damn hard. Welcome back to Melbourne, David Chang. 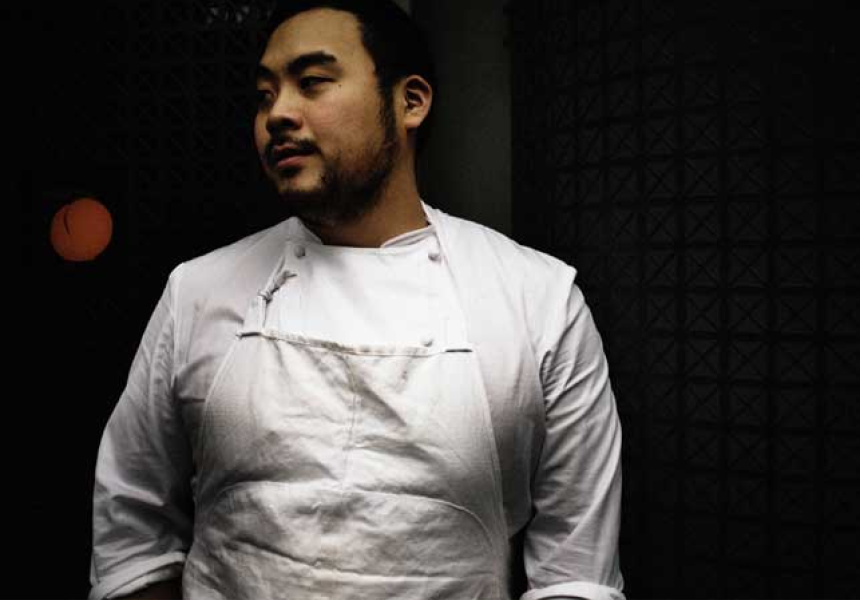 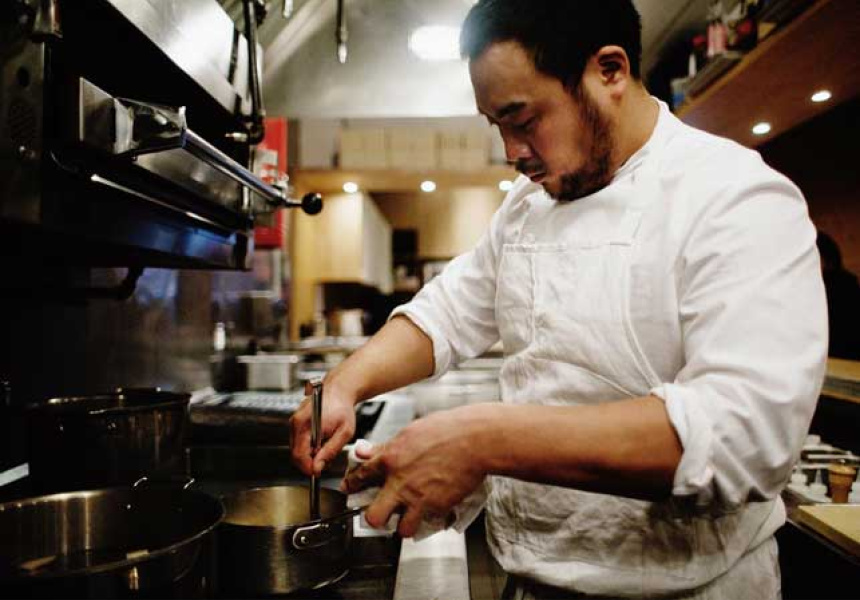 David Chang makes us think about food in ways we may not have before. The chef behind New York restaurant Momofuku – which opened in 2004 before going onto open sister restaurants in Toronto, Sydney and more in New York City – makes food approachable for the layman while taking his own passion, interest and curiosity to heady heights. Anyone up for some a discussion on ‘microbial terroir’? The chef is in town for the Melbourne Food and Wine Festival for the second time in as many years and he’s about to take us all on a few more culinary adventures.

Nowadays, many high profile chefs are known for their egos as much as their food; those who speak of produce and seasonality but put themselves in the spotlight rather than their work. David Chang is the antithesis of this. Indeed, it is his work and only his work that has put him in the spotlight. The Korean-American has become one of the most influential chefs in the US and internationally quite simply by creating quality food, having the courage to speak his mind and bringing the concept of good food to the masses. Everyone has a right to eat good food and to know about what they’re eating, and communicating this message is what Chang is about.

“I think one of the benefits of the increased public exposure of chefs is that people do know and care more about food,” he says. “Any way we can get people to eat better is a good thing.”

Chang’s profile is dizzyingly high, but his approach is comfortably down-to-earth. He has taken the disproportionate importance of the celebrity chef and given it credibility by involving himself in the education of others; he gives guest lectures at Harvard University and participates in seminars and meetings with other leading chefs of the world to discuss food, in all its forms.

“By eating better, I don’t just mean eating healthier,” he urges, “but being more informed and knowledgeable about food.”

Information and education are an evolving thread in Chang’s story. At the Food and Wine Festival this year, he is talking about the microbiology of the food we eat, something he has termed ‘microbial terroir’. “Each bacteria, mould, funghi has a particular flavour and unique power in cooking,” he explains. “There are billions of microbes and each area is different. There is a terroir, a regionality, to the microbes of any given area and that effects flavours in a completely local way.”

The exploration into the breakdown of food molecules and their influence on flavour and texture due to their placement within an edible substance is ‘very-Chang’ but it’s this work that creates awareness of food’s behaviour in various states of its being – whether that be raw, cooked, fermented or frozen – allowing the chef to stretch the boundaries of culinary innovation. “About a year ago, after we had made pork bushi, we realised the significance of using pichi mould instead of using the traditional (Japanese) aspergillus oryzae (koji). There was an ‘a-ha!’ moment, where we realised that we stumbled onto something totally unique.”

Despite the complexity of his endeavours, Chang is dedicated to feeding his customers well and spreading the message of good accessible food and recipes through publications like Lucky Peach, the magazine he co-created with writer and author, Peter Meehan. He travels the world, cooking, talking, sharing his insights and discoveries and finds it a pleasure to be back in Melbourne for the 20th MFWF. “It’s simply one of the best food festivals in the world. I would have gone back even if they hadn’t invited me.”

You can see David Chang in action at the following Melbourne Food And Wine Festival Events: