The sticky carpet is gone, but live music is back, and now there are 12 shiny hotel rooms upstairs. 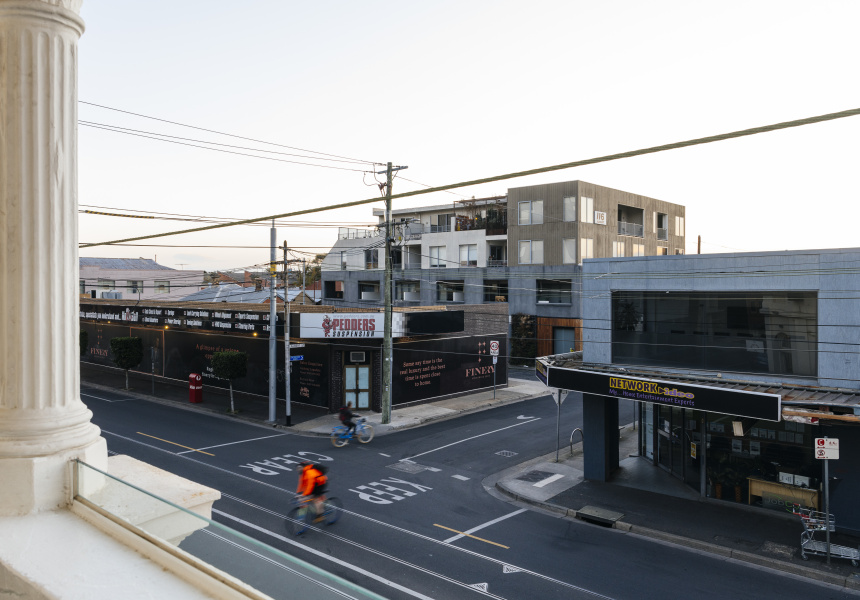 Scott Didier spent most of his childhood in Brunswick. His grandfather used to drink at the East Brunswick Hotel – once the popular, if grubby, East Brunswick Club – back in the day. So, when the much-loved pub hit the market again in 2017 he saw it as the perfect excuse to get the whole family involved.

The Didier family started renovating the pub earlier this year. It underwent an earlier renovation in 2015, but only operated for a short period after that. Then it sat empty for over a year.

In a former life, the East Brunswick Club was a poorly lit but highly frequented local pub, with a live-music offering and sticky carpet on par with other well-loved venues The Tote and Northcote Social Club.

"The East Brunswick Club was a venue that welcomed anyone and everyone," says Jo. "It had a rock'n'roll edge that was synonymous with the area, and we wanted to ensure this pub was still very much a community-driven venue while retaining a little bit of its famous grit."

A few features from the original remain, such as the ceiling’s exposed steel beams (imported from the UK) and the bar top, which is made from wood salvaged from Mornington Pier.

“The renovations were mainly cosmetic,” says Jo. “It has really good bones.” The industrial-style public bar got a fresh coat of paint, cosy booth seating has been reupholstered, and there’s a new stage for live music. Fitting, since the site hosted the likes of Jet, the Temper Trap and the Drones in its heyday. Less fitting is the mural of a young John Farnham, painted by artist Matthew Thompson.

The private cellar in the basement doubles as a dining room for up to 24 people, with a large wooden communal dining table, neon signage and a blond-timber feature wall. There’s another private cocktail bar upstairs with marble benches, chandeliers and an outdoor balcony where a black-and-white mural of Johnny Cash resides, keeping a watchful eye on Lygon Street below.

Head chef Terence O’Sullivan is plating simple, booze-friendly food: ale-steamed mussels with bacon, cauliflower fritters dusted with cashew dukkha, spinach and ricotta ravioli with broccoli pesto and burrata. T-bone and hangar steaks are from Hopkins River. The hero of the menu is the one-pound meatball served with silky mashed potato and peas – an adaptation of a Didier family recipe.

“It’s something we’ve had in the family, and everyone’s added their little touch to the recipe over time,” Jo says.

Condiments are made in-house from local ingredients. “[O’Sullivan] was a little bit disappointed when some kids asked for real tomato sauce the other week,” Jo says, laughing.