A Day in the Life at Tivoli Road Bakery

From cycling to work at 3am to delivering fresh sourdoughs to bustling cafes around town, we follow head baker Michael James for a day at South Yarra’s Tivoli Road Bakery. 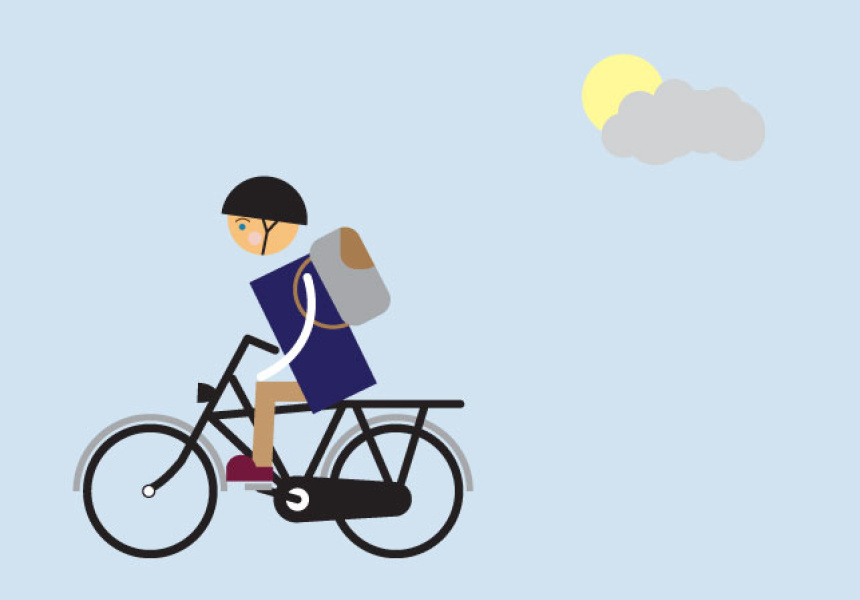 Despite the gluten-free wave of recent times, bakers are still as hot in this city as ever. We’ll cross town for our favourite flaky pastries, doughnuts and bagels, but the humble loaf is often overlooked. There’s a lot of work that goes into a crusty loaf of bread, and it all starts while we’re slumbering (or maybe staggering home). We spend a day with head baker Michael James at South Yarra’s Tivoli Road Bakery to find out what goes into your daily bread.

James arrives at the bakery, switches on the ovens and feeds the starters. “The starters are crucial to the running of the bakery,” James says. “The whole bakery kind of revolves around a bucket of fermenting flour and water that’s full of good bacteria and wild yeast.” Three in total, there’s a wheat starter, a rye starter and a two-day starter (left, as its name suggests, for two days, resulting in a deeper, more complex flavour which is then used in the house sourdough). This is technically their third “feed” – the first two were done the previous day. Feeding the starter entails adding water and organic flour to keep it active. It’s a living thing and needs to be tended to regularly in order to keep it alive.

Loaves that have been mixed and shaped the previous day and left overnight to ‘slow prove’ (or rise) are baked, ready to meet wholesale demands and the bakery’s customers when it opens its doors at 7.30am.

Wholesale orders are packed and loaded into the van, ready for a 6.30am distribution to cafes around town such as Top Paddock, Auction Rooms and Brooks.

With the bakery’s doors well and truly open, James and fellow bakers start mixing the dough for the following day using the “ripe” starters that had their final feed at 3am. These starters are used for all the sourdough varieties – rye, spelt, fruit, multigrain, soy and linseed and olive.

Now it’s time to feed what remains of the former ripe starters, restarting the cycle by adding water and organic flour.

Every hour the sourdough, which is being kept at a cool temperature for the long, slow, bulk ferment is folded. This strengthens the dough and creates more depth of flavour.

The sourdough loaves are shaped and either placed in baskets or a couche cloth before being returned to the cool room for a long, slow final prove.

“The long prove provides a more complex and intense flavour in the bread,” James says. “With a nice caramelisation and blister on the crust.”

The starter is given its second feed before being left in a cool, safe place to ferment. A now (understandably) weary James cleans down and then tackles the ordering and other paperwork before mounting his bike homeward bound, returning to tend to his hungry starter again at 3am.

The next Flour Market will be held on February 8 at The Baron Said, 83 Kerr Street, Fitzroy.