Dry-aged steak, cocktails and a seafood bar. Welcome to the brand-new second floor at the Duke of Wellington. 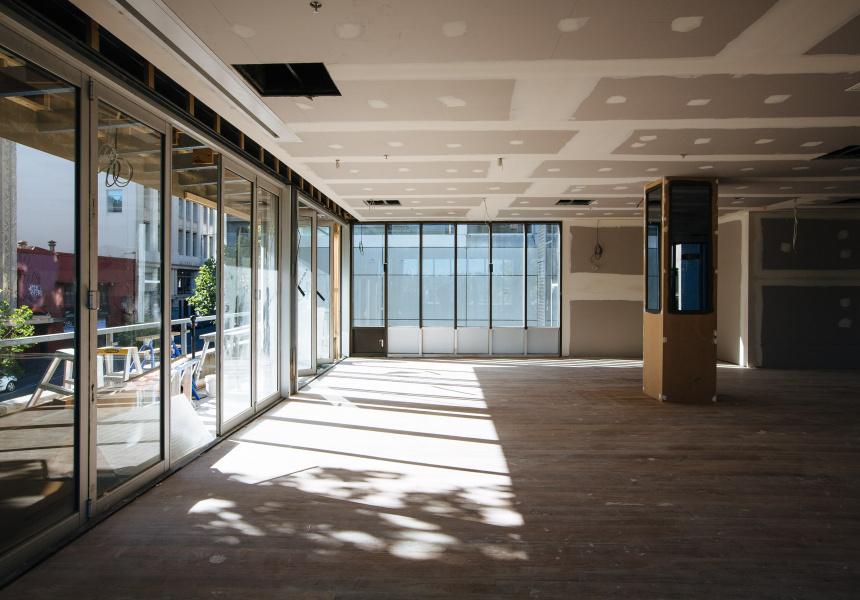 It’s been a slow process, but the third and final stage of the Duke of Wellington revamp is nearing completion. The second floor, to be christened The Dutchess, takes its cues from the trendier venues in New York, rolling dining, drinking and dancing into the one package.

Craig Ellison and Michael Thiele’s Open Door Pub Co acquired the historic Flinders Street pub a few years back, adding it to a 17-strong portfolio which includes Perseverance, The College Lawn and Star Bar. The ground floor was opened in early 2012, with Level One upstairs following in September 2014.

The Dutchess – a standing-room bar and 110-seat restaurant – will be entirely separate from these two sections, with its own entrance and door staff. The New York vibe will be fostered by manager Ben Hehir, who just returned from a long stint soaking up trends in The Big Apple.

Chief among these is New Yorkers’ penchant for a quick round of oysters over drinks. The Dutchess will offer the same through a seafood bar, including clams, scallops, mussels and lots of vegetarian options. For true carnivores, the menu by Justin Wise (Press Club, The Point) will also take in multiple cuts of steak, dry aged on site.

There will be two dinner settings, with the later group encouraged to hang around until the 1am closing time, when the boundaries between restaurant, bar and club become blurred.

The DJs, for example, are poised to spin tunes a little louder than background noise, on a Martin Audio system shipped over from England. The idea is to provide an all-in-one night out, dancing included. “You won't have to leave,” Thiele says. “You can keep your table, and you've got all the comforts of where you were.”

At the bar, local and American craft beers will reign supreme, backed by a broad, 200-strong wine list (heavy on the red) and playful cocktails (including frozen and beer-based concoctions “done well”).