Dreaming of Eastern Europe at The Crimean

Just in time for winter, gastro-pub pioneers Frank Moylan and Melissa Macfarlane have joined forces with front-of-house star Lazlo Evenhuis to deliver some seriously stylish Eastern European at The Crimean. 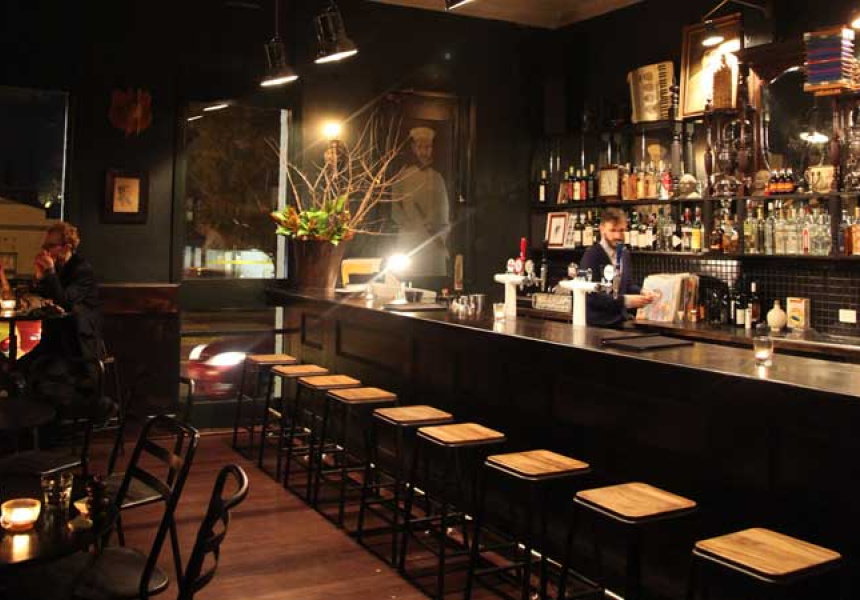 Having been the brains behind two of regional Victoria’s most successful food-focused pubs – The Farmer’s Arms in Daylesford and the chef’s-hatted Royal George Hotel in Kyneton – Frank Moylan and Melissa Macfarlane decided to sell up in 2009, take some time out and buy themselves an affordable little weekender, in Bulgaria. They stayed for two years, taking a major shine to the region’s simple but exciting food along the way.

Meanwhile, wine guru Lazlo Evenhuis was taking an extended ancestral trip through Hungary and surrounding countries, where along with plenty of long lost cousins, he also uncovered a newfound respect for the region’s impressively sophisticated cuisine and world-class wines. Back in Melbourne, the trio bonded over a shared love, decided Melbourne diners were probably ready for the real thing and set about hatching their plan for The Crimean.

After several months of full-scale renovations, the once grungy parma-and-pot pub has scrubbed up into a suitably stylish diner and truly unique inner-city watering hole. The pub’s original bar remains, though you’re now more likely to see bottles of Serbian brandy and Ukrainian vodka on shelves than Bundy and JD.

The dining room is decked out in moody, dark woods and the walls are adorned with an intriguing mix of communist-era posters and colourful propaganda. There’s a warmth and intimacy about the place and hidden nooks like the bunker-ish ‘cold war room’ – perfect for clandestine liaisons and shady deals – add to the romance. Macfarlane, an avid collector of vintage ephemera is responsible for the interior design and dragged most of the curios back with her from Bulgaria.

The well-priced menu darts from the Ukraine to Romania via Poland, and sure, while many of us have eaten blinis and borscht, it’s not often you see shopska, sarma or banitsa gracing pub menus. Bulgarian head chef Mykel de Laat shares his bosses’ passion for the rich, aromatic and robust fare of his homeland and is turning out some gorgeous, modern takes on the traditional. Think rolled pheasant with cranberry and wild mushroom, pressed pork shoulder and knuckle with spinach dumplings or bigos, the Polish hunter casserole of mixed meat, sauerkraut and juniper.

Evenhuis has done a sterling job sourcing obscure, high quality wines from all over the region and, much to his delight, has found that diners are welcoming the opportunity to experience wines from little known territories and mysterious grape varieties. As if to illustrate the point, one of their most popular by-the-glass drops is a white krstac from Montenegro. On the cocktail list you might find creative collaborations between notable rarities like spiced Czech herbal liqueur, Ukrainian birch-infused vodka or sour cherry juice, just to keep with the theme.

After swinging open the doors just a few short weeks ago, The Crimean has already attracted a loyal following from locals, curious gourmets and anyone possessing a vaguely Eastern European bloodline. During a recent busy dinner service, one couple found themselves so deeply moved by the strains of a particularly stirring Balkan gypsy tune that they kicked off an impromptu knees-up, right there in the dining room. It’s just that kind of place.

Moylan and Macfarlane particularly love the culture and feel of a pub. “Pubs have a certain character that restaurants just don’t have,” says Macfarlane, and it seems a perfect fit for The Crimean’s relaxed, rustic and charmingly bohemian style. 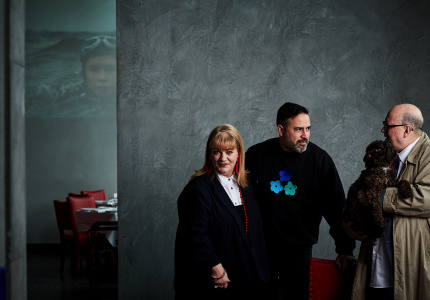