One of Melbourne's best doughnut-makers now has a flagship to call home. 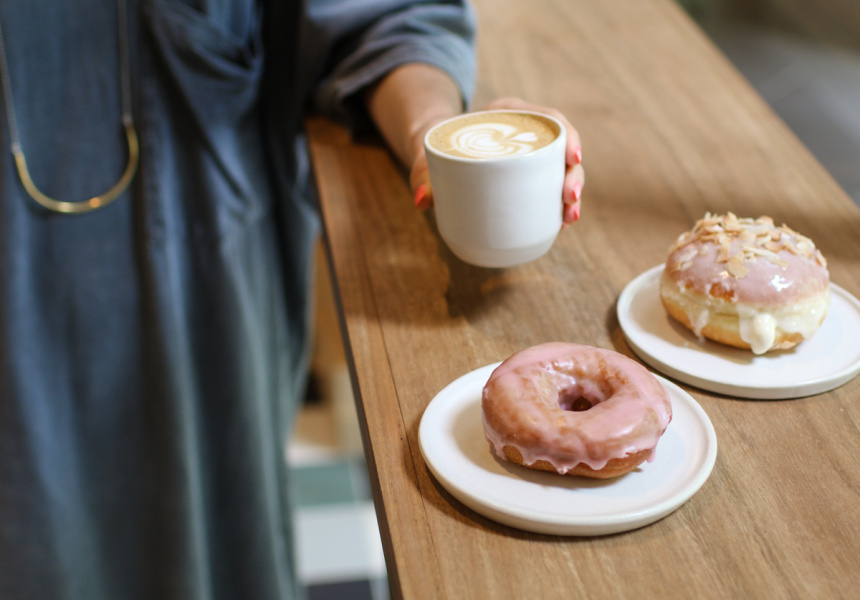 If ever you needed proof that people are crap at keeping New Year’s resolutions, Doughboys’ new shop is the place to find it. The space opened on Monday. Already there are queues for its handmade doughnuts, which rival those at Shortstop, All Day and Donut Shop.

Owner Walter McKenzie started Doughboys with a couple of friends out of his mum’s laundry in June 2013, with no prior experience. “Our first doughnuts were really rough,” he says. “Melbourne didn’t have anything back then – it was really only Krispy Kreme. So people didn’t really care.”

Since then, he’s improved his doughnuts dramatically, and moved from selling wholesale to a dozen or more cafes, to staging pop-ups at Mr Nice Guy (with Shortstop’s Anthony Ivey handling the coffee) and the Mercat Cross. “I wasn’t ready to start a shop on my own back then,” he says. “I needed a bit more experience.”

At this new, permanent location, it’s clear that experience has paid off. The open kitchen is full of activity, with chefs operating hefty stand mixers, pulling brownies from the oven and frying batches of dough. “The goal from day one was to get that process on show,” McKenzie says.

Most Doughboys doughnuts are the fluffy yeasted variety – either glazed, dusted, iced or filled. McKenzie has about 30 recipes he can call on, with 10 for sale at any one time. New varieties are being released all the time.

There’s not a lot of seating in the Sarah Cosentino-designed space, which McKenzie says was intentional. The idea is to grab your doughnuts and coffee (by Small Batch) and go, rather than hanging around.