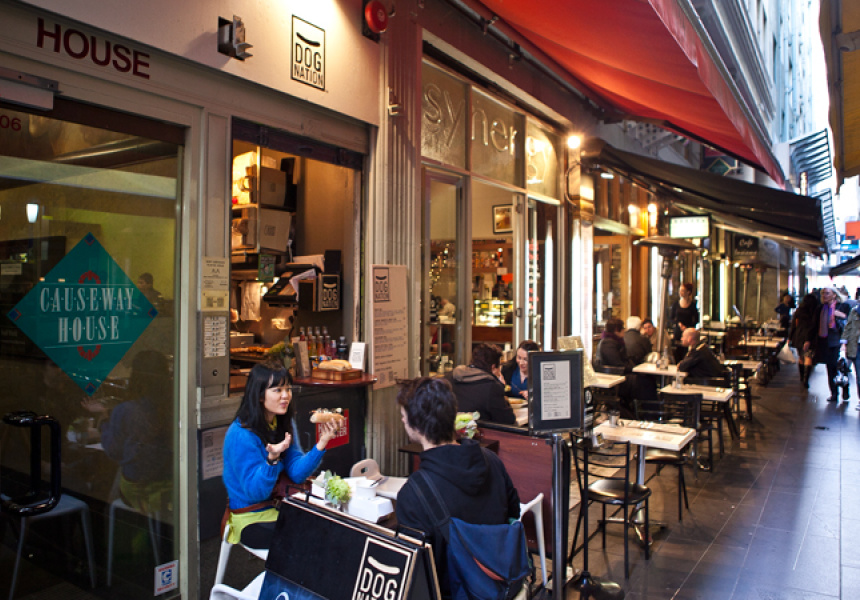 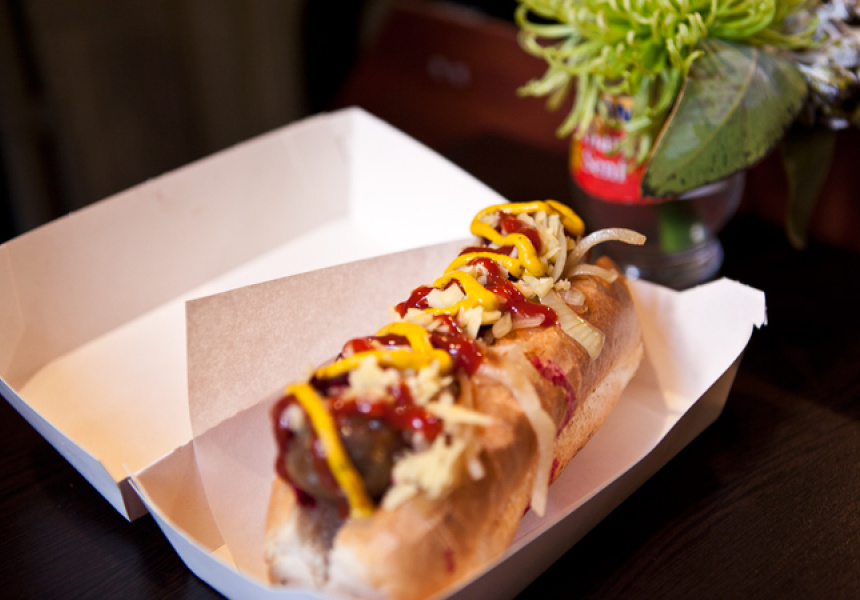 The owner of Dognation has a theory that the newly opened hot dog shop in Melbourne’s CBD might just be the smallest food shop in the city. And he might just be right.

The shop is a teeny, tiny, three metres squared hole-in-the-wall and owner Seong-Lee Ang says that Dognation’s size has helped create interest in the product itself, with passers by stopping to take photos of the unique little store.

Dognation serves up hot dogs, but not as you’ve seen them before. A lot of thought has gone into these dogs: the bread from Schwob’s is made to Dognation’s exact specifications and the sausages are handmade by Hansa Butchery and Smallgoods.

It’s in the accompaniments that things get a little kooky. Each hot dog is named after a different city and teamed with sauces from that country. This means that the Tokyo Dog is encased in seaweed, sprinkled with miso mushrooms and then doused in fiery wasabi-infused Kewpie mayo and okonomiyaki sauce. Other weird and wonderful options include the Mexico City chilli dog and the London ‘bangers and mash’ dog.

Unlike most hot dog stores, Dognation doesn’t do chips as a side. Instead it offers mashed potato and gravy in a bid to be different and also because, quite frankly, there is not an inch of space inside the tiny store for a deep fryer.

Just don’t blink and miss the place as you walk past.