The Italians are ready to show us how they do barbeque at the Royal Croquet Club this summer. 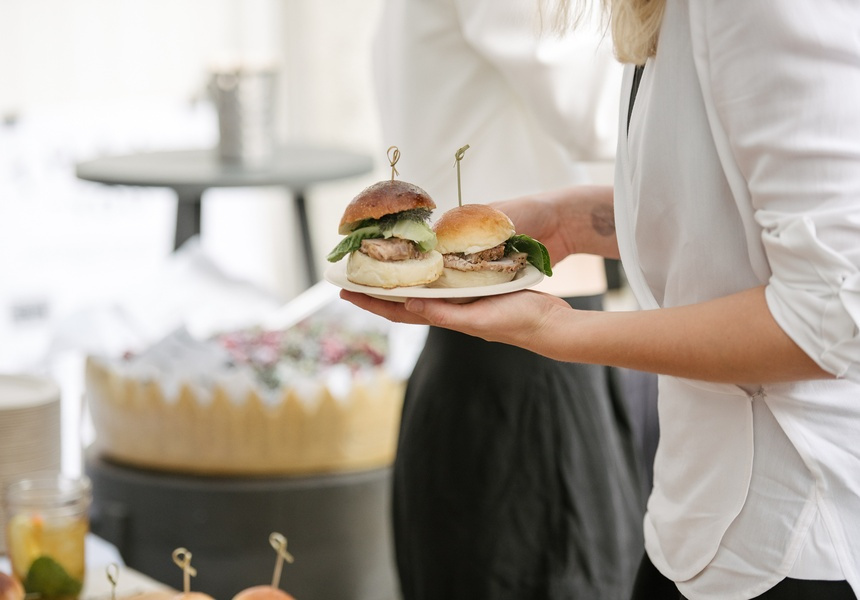 It’s a sentiment we’re looking forward to sharing with D.O.C at Broadsheet’s Summer Barbeque at the Royal Croquet Club this summer. Alongside Broadsheet, D.O.C is making its rosticceria concept available to the public for the first time outside of a few special events. “It’s Italy’s answer to the Aussie barbeque,” says Nicolini.

Rosticceria, hailing from Abruzzo (where Nicolini’s father is from), is a method whereby meats are roasted on the streets and eaten straight after cooking. The most quintessential dish is the lamb arrosticini, or lamb skewers, which will feature at the Broadsheet Summer Barbeque alongside a porchetta panino – crispy pork in a bun with mustard and rosemary – and braised meatballs. D.O.C also offers a vegetarian and gluten-free dish: black rice salad with summer vegetables (zucchini, capsicum, purple carrots and herbs) and salted ricotta.

“The idea of the barbeque is that it’s very simple, and the concept behind D.O.C is simple flavours with nowhere to hide and simple presentation,” Nicolini says. “We don’t rely on heavy sauces. It’s food that’s straight up, and we work with beautiful, quality, Australian ingredients.

“This is a great opportunity to present this perfect marriage between beautiful Australian meat and this wonderful Italian technique of cooking,” says Nicolini, telling us that D.O.C will use the Royal Croquet Club as a testing ground for its arrosticini concept.

“Barbeque has that three-to-four minute timeframe when it’s meant to be consumed. Something that comes off the barbeque nice and hot that’s well salted and well presented – that’s the way you should it eat,” he says. It’s classic street food.”

The Broadsheet Summer Barbeque at the Royal Croquet Club will run from January 16 to February 1 at Birrarung Marr.