With Melbourne back in lockdown, it’s time to lift your takeaway game. In partnership with Providoor, the new premium delivery service partnering with some of Melbourne’s best restaurants, Movida founder Frank Camorra tells us how to handle his punchy paella at home. 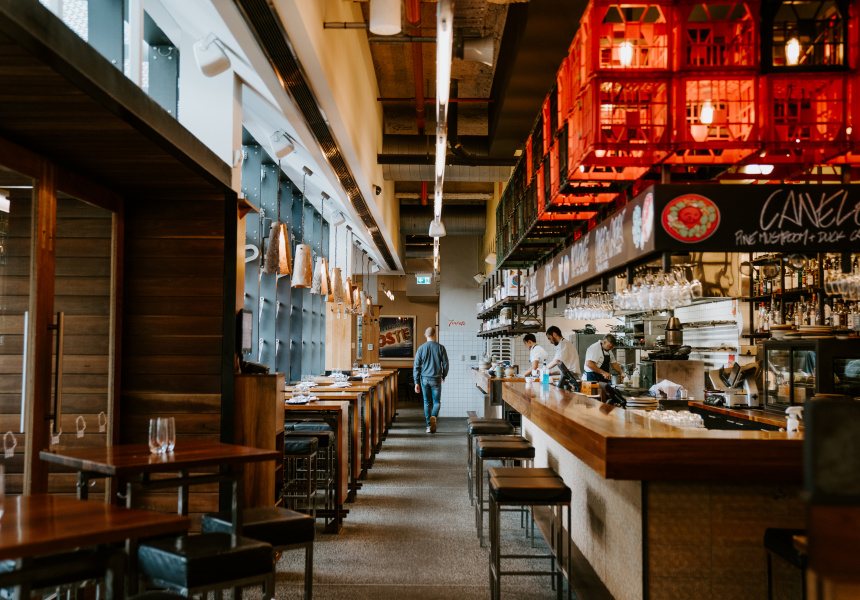 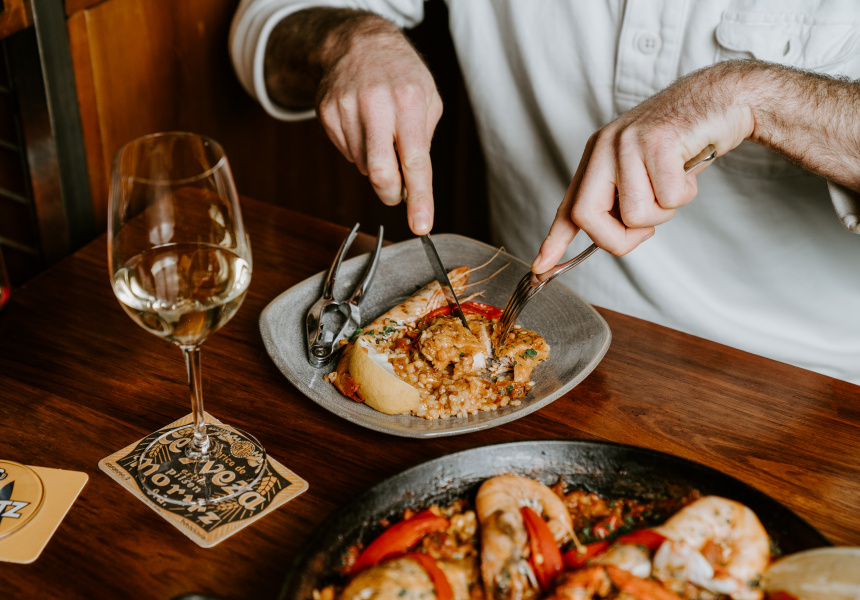 We may well have become better acquainted with our kitchens under lockdown. But the gap between home-style banana bread and the dishes our city’s culinary reputation is built on is vast.

The idea is to adapt high-end dishes for home delivery, having some of the city’s best restaurants prepare a dish part way, for you to finish off at home. This ensures that signature dishes by destination venues like Flower Drum and Supernormal don’t get lost in translation during Providoor’s zero-contact delivery.

Spanish dining institution Movida is also on board, offering access to many of its classic dishes – including one that chef and founder Frank Camorra nicknames “party paella”. A highlight of the restaurant’s Providoor offering, it’s a hearty, celebratory rice dish generously studded with free-range chicken and seafood.

“It’s something you might do on the weekend with your partner,” says Camorra. “I grew up eating rice dishes on the weekend. It was like a Sunday roast for the Spanish. It’s got a big, punchy flavour and it’s satisfying. Two people can have it over one special night or a couple of days.”

Camorra’s paella is usually only served at Movida Aqui, which has a designated area for cooking the short-grain bomba rice to perfection. “It’s a real process,” says Camora. “It’s important to cook the rice from raw to get a really great product. It’s difficult to reproduce that in a small kitchen like Movida or Movida Next Door.”

Featured on Providoor as part of Movida’s banquet menu for two, the paella starts with a base of sofrito, a tomato sauce common in Spain. Capsicums, tomatoes, onion, garlic, saffron, and bay leaf simmer in the sofrito along with salted cod, calamari and chicken, and, later, the crab.

“That gives the base a real depth of flavour,” says Camorra. “But for me, paella is all about the rice. You can have as many decorative little jewels in it as you want, but ultimately good paella is about good rice cooked correctly.”

A key part of that is having the right sized pan: ideally 26 to 30 centimetres. It doesn’t need to be a paella pan (though Movida offers those on Providoor as well), but it needs to be flat, even and not too deep, Camorra says.

Instructions for finishing the paella at home are detailed on the restaurant’s Providoor page. Though it takes time and care, it’s incredibly straightforward. Simply simmer the stock and chicken sofrito provided over medium heat before adding the rice and then the crab. Simmer for a further 12 minutes over medium heat before laying the prawns on top and covering to cook for a final five minutes, turning the prawns halfway through. And you’re done – a Movida staple transported to your table at home.

“There’s a bit of care required,” says Camorra, who adds that it’s not something to just put on the stove while watching Netflix. Rather, it’s a meditative cook that yields a deeply flavoured dish to share. In other words, it’s just what’s required for lockdown, bringing together the best of takeaway and home cooking.