Dinner by Heston is Served

The Fat Duck is over, but Dinner is just getting started. 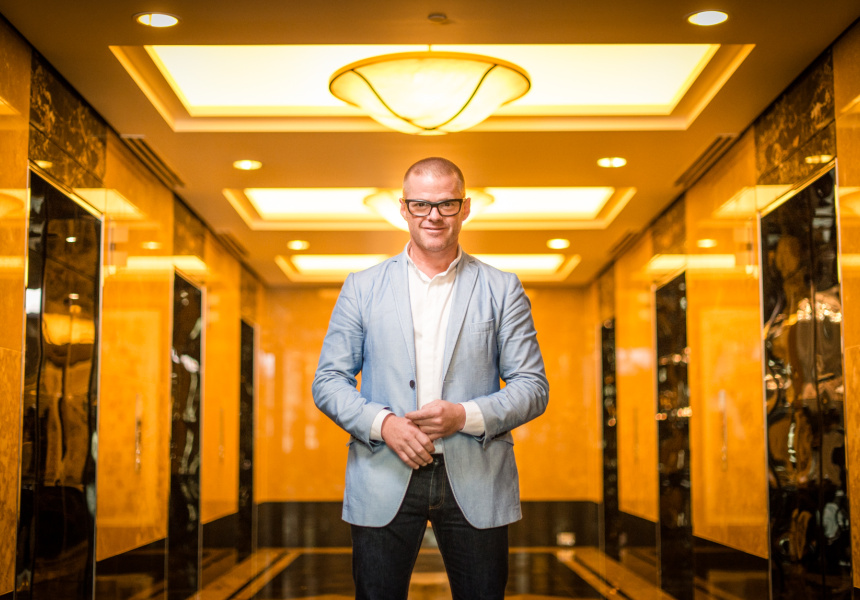 Right now in Melbourne, there are about 15,000 people walking around with a slight air of superiority. It’s not because they drive a better car, or because they watch Q&A. Its because, sometime between February and August of this year, they were slurping down snail porridge at Heston Blumenthal’s six-month Fat Duck pop-up at Crown.

Good news for those who missed out: Blumenthal’s award-winning London restaurant, Dinner by Heston, opens permanently at Crown Towers from Tuesday October 20.

With a similar theatricality to its predecessor, the theme of the menu and atmosphere will be inspired by 15th-century British gastronomy. Think King Henry the VIII.

Enter through a 20-metre dark, wooden corridor (with an aroma of damp moss, wood smoke and leather) into a rustic dining room. To give you a flavour, the space has patterned ceilings, mechanical statues and walls decorated with porcelain Victorian jelly moulds.

The main dining room will serve a-la-carte, while a private chef’s table inside an open kitchen seats six people for a 10-course degustation personally served by head chef Ashley Palmer-Watts.

The Melbourne menu will be similar to London’s, but Australian ingredients will be celebrated rather than British. See: the rice and flesh – a risotto flecked with saffron and curried kangaroo tail (in London they use calf tail). It’s, “Something we picked up from an old Australian cookbook,” says Palmer-Watts. Other localised highlights include a South Australian baby-octopus dish, and a lamington cake for dessert. There will also be a selection of unusual cocktails. The Cider Gimlet is, according to Palmer-Watts, a favourite drink of a captain on a ship. It’s a fat-washed cider cordial mixed with brandy.

Blumenthal and Palmer-Watts created the London menu with help from a food historian – focusing on historical British food from a time, “When lavish and exuberant meals were a form of entertainment,” says Palmer-Watts. They’re looking backwards, to go forwards.