Demi-Glacing With a Meat Master

This Melbourne restaurant is obsessed with meat – and saucing it. In partnership with Bull’s-Eye BBQ Sauce, we speak to a condiment completest about how he approaches the game. 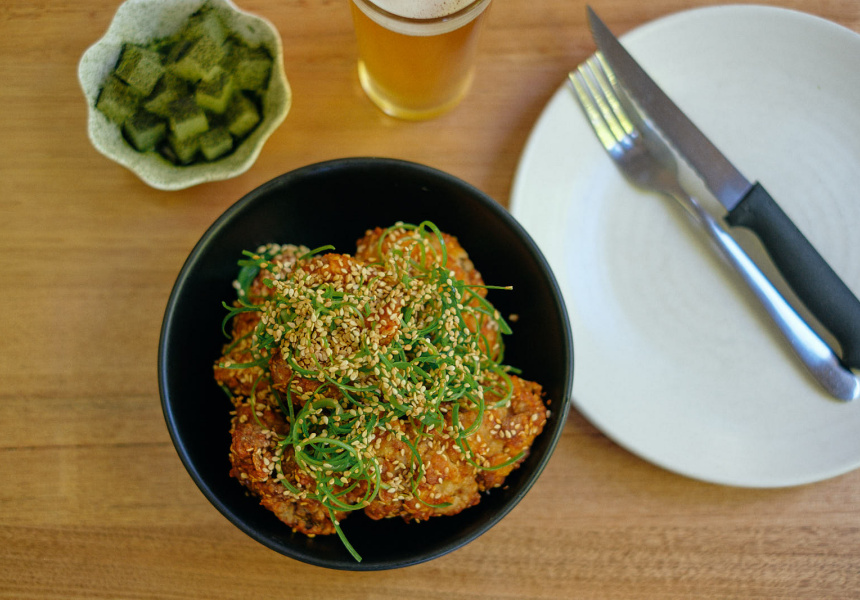 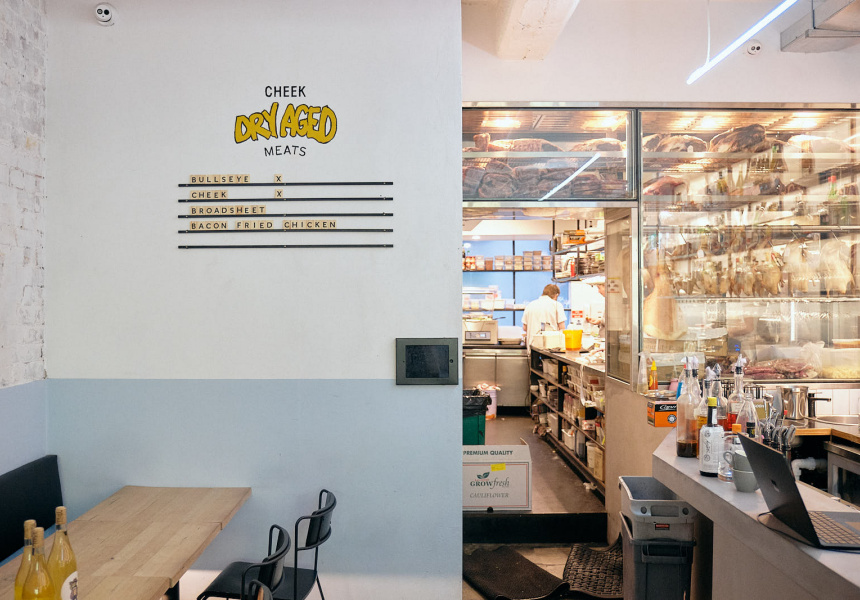 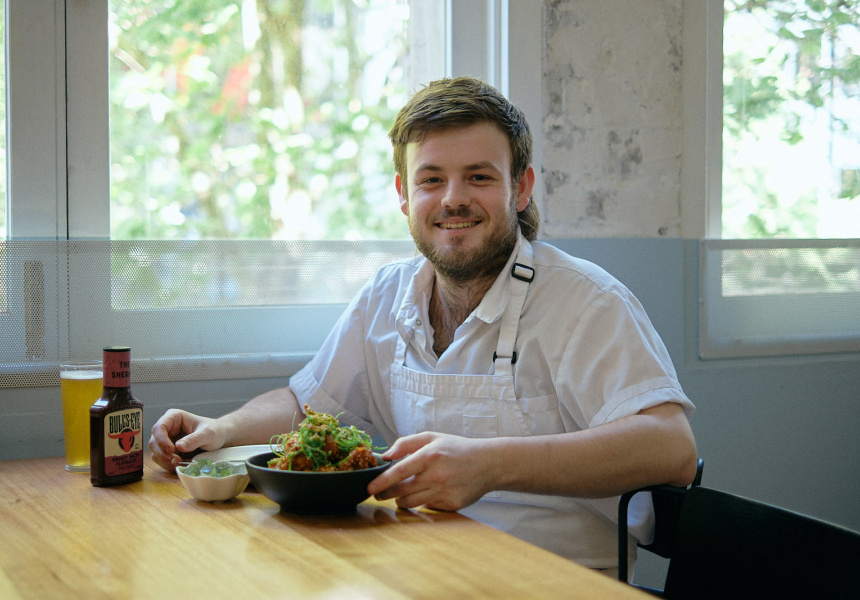 "It's a guilty-pleasure dish all right," says Adam Goldblatt.

He’s the head chef at Cheek, a meat-centric concrete and fluoro-lit restaurant on Swanston Street in Melbourne’s CBD. He’s discussing how his new bacon fried chicken and gravy menu item hinges on a sensitive selection of sauces working in harmony.

Goldblatt was tasked with incorporating Bull’s-Eye Smokey Bacon Flavoured BBQ sauce into a limited-edition dish, and his bacon-fried chicken was just the ticket. “In this recipe the Bull's Eye brings a whole heap of flavour,” he says. “It's a great way of bringing smoke into a dish that wouldn't normally have it.”

If you visit Cheek before November 20, you can try the limited-edition wings for yourself.

Selecting sauce
“We take the Bull’s-Eye (the “backbone” of the marinade) and reduce it down with some of our other sauces: our house barbeque sauce, our house meat gravy made with pork stock and some smoked drippings to [generate] some umami flavours,” says Goldblatt about the prep. “We reduce that down to a demi-glace, then mix it with some Sriracha to give it a bit of spice. We're [envisaging] a South Korean-style glazed fried chicken. We've been working on a fried-chicken crumb, which we think is pretty sweet. [The result will be] chicken with a sweet, smoky, spicy barbeque glaze."

World of meat
Drawing on barbequing techniques from across the globe is something of a speciality at Cheek, which is Goldblatt’s third meat-inspired venture with business partners and brothers Tom and Sam Peasnell. The trio also looks after Dexter, an unconventional “meatery” in Preston, and late-night bar Takeaway Pizza across the road.

"Dexter is focused on American-style smoked meat and barbeque,” says Goldblatt. “At Cheek we're all about bringing in different ways of imparting flavour into the mix. We've tried to bring in more of an international style barbeque flavour: Asian, South American and European flavours. [We're] trying to find a happy medium between all those different cooking techniques."

Korean inspiration
That international focus is drawn in part from Cheek’s own staff, in particular one of its progenitor's founding chefs. "We used to work with a Korean chef [Rick Kim] when we opened Dexter," says Goldblatt. "He used to take us out to Korean barbeque places after work. Korean food has since become [really] popular in Melbourne and we feel like we've been there since the start of it.”

Goldblatt is so pleased with his Korean-inspired bacon fried chicken and gravy it’s been promoted to the noticeboard. "Yeah, it's running on our specials board," says Goldblatt. "More people can try it, more people can enjoy it, and you can share it around the table."

The bacon fried chicken and gravy is on the menu now at Cheek from October 23 to November 20.