Introducing Deliveroo Editions, Bringing Restaurants From the Other Side of Melbourne to You

The London-based company’s new set-up of kitchens devoted only to delivery – separate from a restaurant – is supposed to deliver food faster and cheaper. 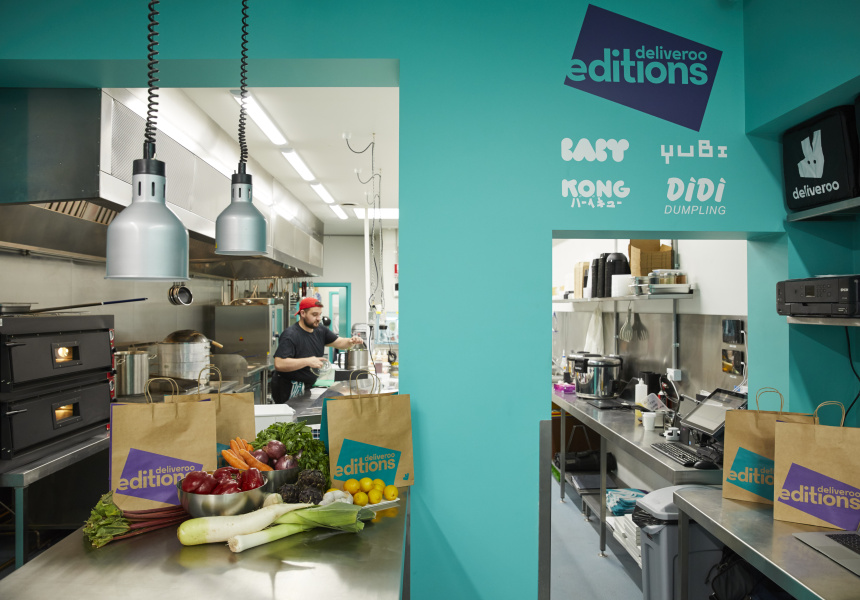 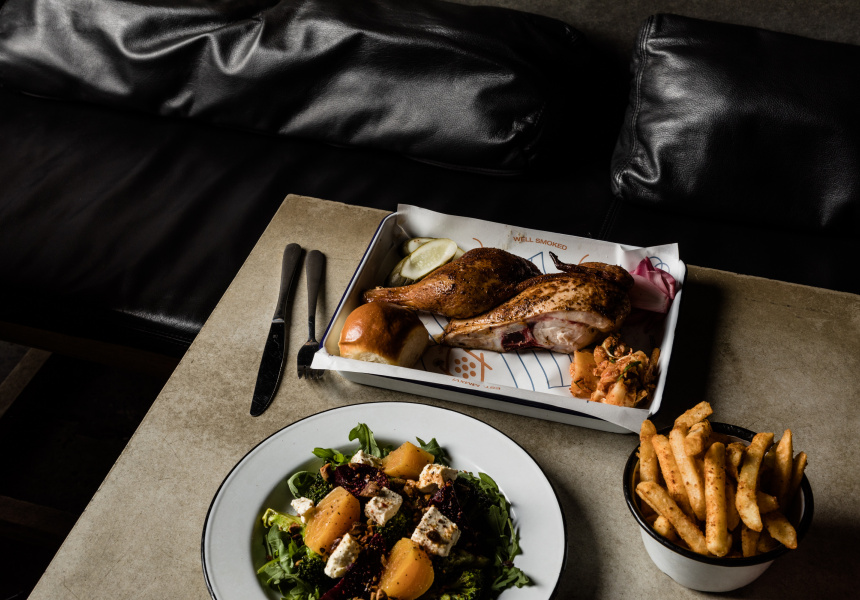 Kong. Messina. 8Bit. Until now, if you’ve been sitting on the couch with a craving for a bao or gelato or burger, delivery was only possible if you lived near one of their bricks and mortar locations. Deliveroo Editions, a new concept by London-based Deliveroo, wants to change that.

The company launched its first Deliveroo Editions kitchen space in Melbourne yesterday, in an alley off Chapel Street in Windsor. This delivery-only set-up will see several different restaurant and food brands together in one space to streamline and expand the delivery process. Kong, Baby, Gelato Messina and 8bit are four of the platform’s first residents.

“In a restaurant, everything is optimised for the in-house customer,” Deliveroo co-founder and CEO Will Shu said at the launch yesterday. And according to him, that’s exactly what Deliveroo Editions offers. “On average in Deliveroo Editions kitchens people get their food five minutes faster than in our normal business,” he says.

This platform has been running in the United Kingdom since May.

Chris Lucas (Chin Chin, Hawker Hall) is bringing the Lucas Group’s Richmond venues Baby and Kong to the Deliveroo Edition kitchen in Windsor. Lucas is also launching two delivery-only brands – the rice-focused Yubi, and DiDi Dumpling, a dumpling spin-off of Hawker Hall – that will operate from this location.

Messina has developed five delivery-only items that won’t be available in its stores, which will be produced in the Windsor kitchen. Shayne McCallum and Alan Sam are also bringing southsiders a taste of their Footscray-based burger joint 8bit and barbeque spot Up in Smoke.

The Deliveroo Editions site is slick, with two full-scale professional kitchens and a large waiting room with phone chargers and an order display screen for Deliveroo’s riders. The kitchens are staffed by teams from each brand.

The sites are built and fitted out by Deliveroo, then leased free-of-charge to restaurants and other brands. Businesses pay nothing upfront, but will be charged a higher commission fee on orders placed through the Deliveroo app.

The next Melbourne location is due to open in early 2018 inside a converted warehouse in a yet to-be-announced location. There will be space for nine separate kitchens and 30 brands in total. A Sydney location will open early next year too.

While delivery-only brands aren’t a totally new concept in Australia, this is the first time multiple restaurants have been brought together under one roof.

“It’s a data-driven approach,” Shu said. “We look at neighbourhoods that are performing really well. What are the best-converting cuisines on the app? How important is the speed of delivery? Then we look at an area we’re not doing as well in but that has a similar demographic and we fill in the gaps. We know ahead of time if a restaurant will make money.”

“Everything in this location has to be faster, better quality, better packaging ... Look at 8Bit, for example, who have to pay rent in Footscray,” he says. “They don’t have rent here, they don’t have to run staff or front of house. Essentially the food should be cheaper. If you can deliver food faster and cheaper, that’s what customers want.”

“Now you can order 8bit and Messina [from another side of town]. It’s something the brands want to do … It’s healthy competition sharing those ideas.”

For the brands, the operational and financial benefits are clear, and there’s flexibility in how they use Editions. Messina, for example, is offering five items via Deliveroo Editions – for now – that are prepared off-site (Messina isn’t using the Editions kitchen space) and then brought to Windsor for dispatch.

“In three months we can change it,” Messina co-owner Declan Lee told Broadsheet. “We might get inspired by Kong by a dish they are doing and go, ‘Let’s do a cocoa and lychee something-or-other that goes with that’.”

For the next few weeks Deliveroo is offering free delivery on orders placed from the Editions site.