The beauty of a martini is its simplicity: gin or vodka, vermouth and garnish. But it’s the simplicity that also makes the classic drink difficult to define. 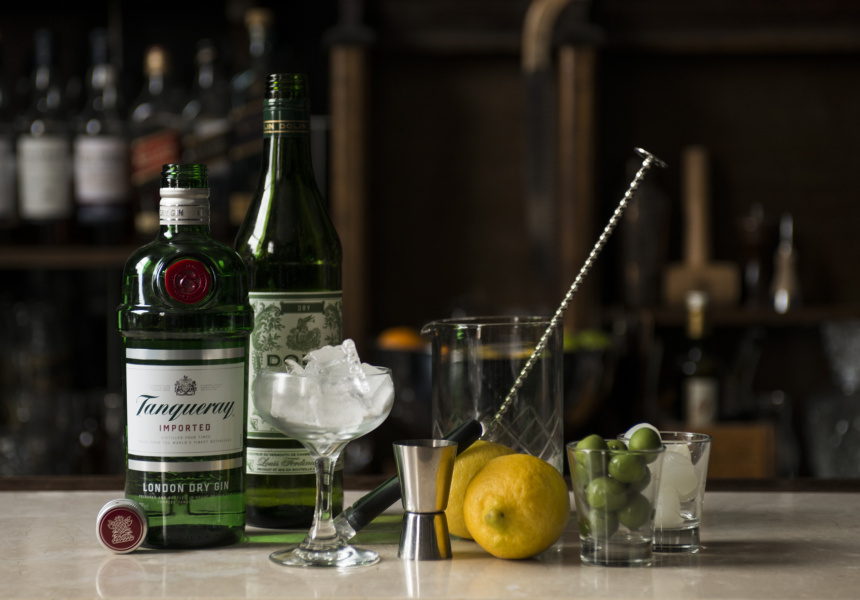 Ordering a Martini can be confronting. Dirty, dry, shaken or stirred: the drinker’s conundrum of what to order is dwarfed only by the number of possibilities in the bartender’s playbook.

So how do you go about defining the martini in 2015? “It’s a super iconic cocktail,” says Chris Hysted, Ketel One Vodka Ambassador. For Hysted, there are just three questions when it comes to Martinis.

Step One: vodka or gin
When it first appeared in the Roaring Twenties, the Martini was a London dry gin-based concoction – Tanqueray and its big brother Tanqueray No. TEN’s, “classic, bold flavours” are Hysted’s preferred – but that doesn’t mean there’s room for snobbery.”

These days, a Martini is just as likely to be made on vodka. Ketel One was invented specifically for the task. “Carl Nolet, of Nolet Distilleries, wanted a vodka that would shine in a Martini,” says Hysted. Nolet created Ketel One’s flavour profile by complementing the column still with the more traditional copper-pot still, which added a more rounded flavour to the vodka. “You want that lovely feel that’s similar to a good wine,” says Hysted. “It addresses all areas of your palate without being cloying or heavy.”

Step Two: vermouth (dry or wet)
You’ve decided on a gin or vodka martini. “Now,” Hysted asks, “Would you like it dry or wet?” Hysted is talking about vermouth. While the dry Martini is what punters most often order, a wet Martini substitutes a portion of gin or vodka with greater amounts of vermouth, is becoming increasingly popular.

You could also have it “dirty,” where the bartender throws in some olive brine, although this diluting style is retreating as the quality of spirits improve.

Step Three: The Garnish
Hysted says the garnish is only limited by the barkeeper’s imagination. Olives are more commonly being replaced by lemon twists, if not stuffed with anchovies or blue cheese. “Another delicious spin is a Gibson,” says Hysted. “That’s when you garnish it with a couple of cocktail onions,” he says.

Beyond the basics, different establishments stake their territory by getting creative. Hysted sometimes throws in a touch of orange bitters, while some bartenders like to switch out the vermouth altogether for a dash of whisky.

When approaching a bar with a Martini on your mind, the key is to not be intimidated. “For someone starting out, wetter is the best way to go right now. It’s a little softer, a little rounder, and the lower alcohol content allows you to appreciate the effort that’s gone into it.” As for the Martini diehards, Hysted reminds us it’s worth paying attention. “See what other bartenders are doing. Check out what different establishments are doing and see what new techniques and recipes you take to.”

Click here for Hysted’s advice on mixing Martinis yourself.