A Dedicated Porridge, Bagel and Coffee Bar Opens in Brunswick

All profits are donated to charities that support Melbourne’s homeless, and distribute free lunches to school kids. 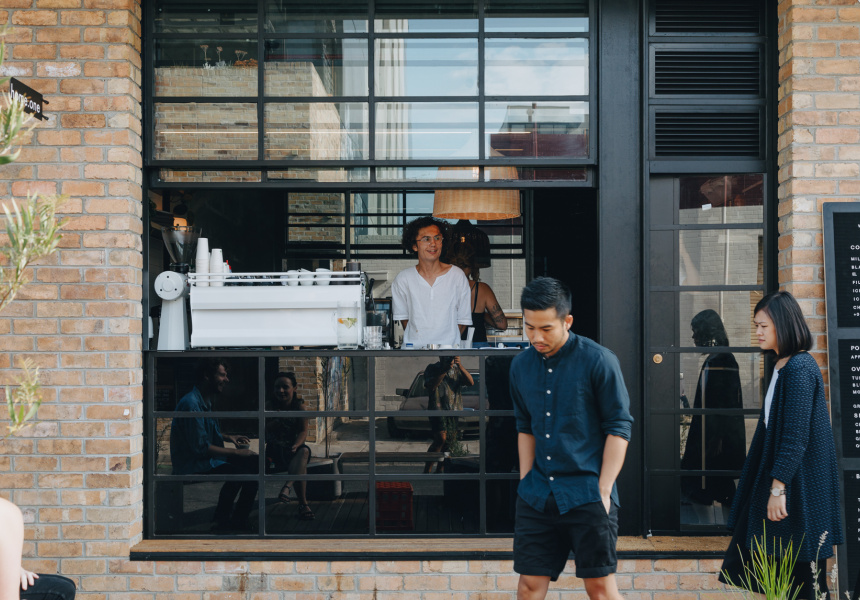 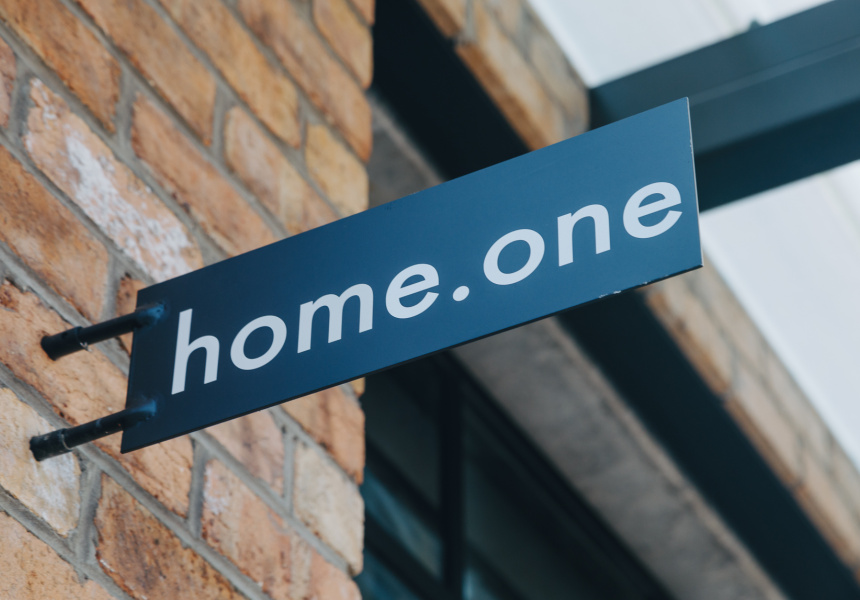 On a Brunswick backstreet behind Anstey Station, people are sitting on milk crates and timber benches, cradling bowls of porridge handed down from a metre-high window plugged into the facade of an apartment building. Despite the occasional train rumble, it’s quiet; like a friend’s inner-city backyard.

The food is simple, but the concept is complex. All breakfast profits are donated to Eat Up Australia, an organisation of volunteers who make thousands of lunches each month and deliver them to schools around Victoria. Coffee and bagel profits are donated to programs dedicated to eliminating youth homelessness, including Launch Housing, a Melbourne-based community organisation that supports the homeless. The enterprise also provides traineeships and employment to youths from Launch Housing.

Home.one is a collaboration between three people and three non-profit social enterprises – Dan Poole of the Crêpes for Change food truck and The Coffee Cart Changing Lives, and Ben Manassah and Kirsten Pannekoek of Three Bears – a porridge and muesli brand that’s been available primarily at farmers’ markets until now.

Poole is 24, and Manassah and Pannekoek are 23. Three Bears launched in 2017. “I literally googled ‘social enterprise’,” Pannekoek says with a laugh. Six months later, they’d established one. The pair met Poole when Manassah volunteered for Crêpes for Change.

In April 2017, Nightingale Housing (the developer of the Brunswick site) offered Poole a free lease to set up a non-profit cafe; Poole thought porridge would be just right, and proposed collaboration with Three Bears.

“Inadequate access to nutritious, culturally appropriate food regularly is a hidden crisis in Australia,” says Pannekoek, whose degree in nutrition gave her an insight into food insecurity. “When you think of poverty and not having food, you immediately go offshore. In fact, one in eight children in Australia goes to school hungry.”

In their first bricks-and-mortar store, designed with the help of Roland Postma, Manassah says they're able “to have really meaningful conversations with our customers about why this is an important issue."

The trio shares the same ethos on sustainability and reducing food miles, so every ingredient is sourced as locally as possible and the menu is plant-based, with six rotating flavours of hot porridge and cold overnight oats, and six bagel fillings.

Over summer, menu favourites included Turkish delight bircher, with a rose and strawberry compote, pistachios, toasted coconut, apple and Greek yoghurt; and a haloumi, beetroot hummus and dukkah-filled bagel. Coffee comes from Wood & Co, a roaster based in Brunswick.

“In an effort to reduce waste from a largely takeaway crowd, Home.one has set up a keep cup borrowing system with Torquay’s Joco, which donated 200 branded reusable cups. “For a $10 deposit you can get a Joco cup and bring it back for your deposit refund the next day,” says Manassah. “The idea there is taking out the barriers that people might have to having keep cups. You can even bring back your dirty cup and we’ll swap it for a clean one.” 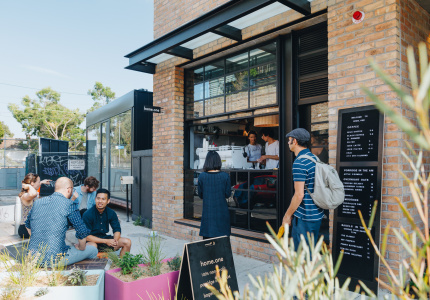