Decoded – What’s in a Cafe Name?

We find out the stories behind the names of some of Melbourne's favourite cafes. 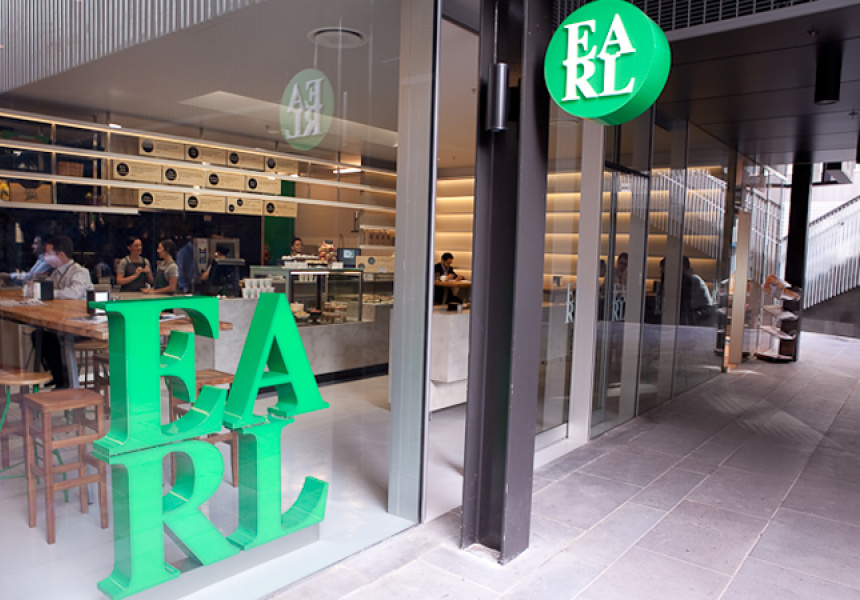 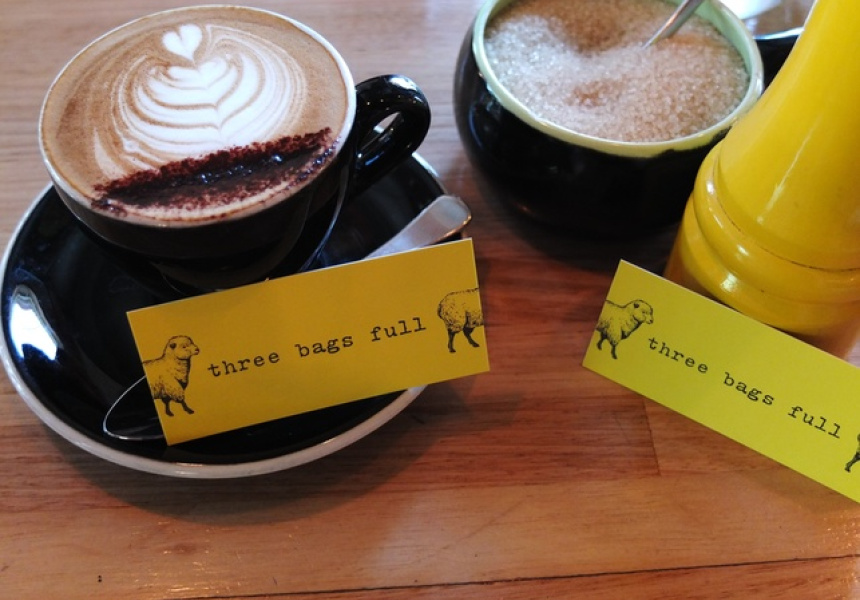 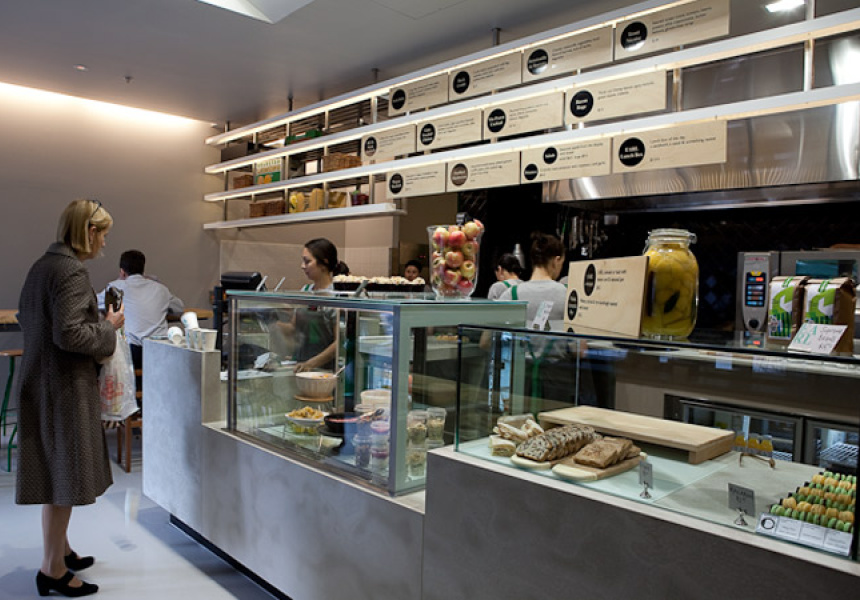 We mention these often obscure cafe names perhaps daily. But what is the history of their namesakes? We discover stories that reference the beginnings of the coffee trade in faraway lands, song titles and previous tenants, and how influential they’ve been in our own cafe landscape.

De Clieu
This Fitzroy favourite and polished corner cafe pays homage to Captain Gabriel de Clieu for his efforts in protecting a delicate coffee tree. A French Naval Officer on leave in Paris, de Clieu managed to obtain a coffee tree given to King Louis XIV of France by the Mayor of Amsterdam in the 18th century. Captain de Clieu took the tree to his estate on Martinique in the Caribbean and together, they survived violent storms, Tunisian pirates and even a shortage of fresh water. He later wrote in his memoir: “Water was lacking for more than a month and I was obliged to share my scanty ration with the plant upon which my happiest hopes were founded and which was the source of my delight.” From this single plant, Martinique supplied seed to several countries in America.

Brother Buba Budan & Seven Seeds
Over in the city, at little brother cafe (to De Clieu and Seven Seeds), the 18th century Sufi Baba Budan has formed himself a new generation congregation, thanks to Little Bourke Street’s tiny, jam-packed coffee monastery Brother Baba Budan. He was a traveller in Africa, the Arabian Peninsula and India. In the 1720s, during a trip in Mecca, he discovered a dark-coloured drink called Qahwah, which kept him energetic and on the go. Mesmerised by this invigorating beverage, Baba Budan wanted to take some fertile seeds back to home. Alas, the ancient trade embargoes disallowed export. Despite his moral values, he strapped seven seeds to his belly and smuggled them into India. He planted the coffee beans outside his cave. Allegedly, all the coffee plants growing around this area descended from the plants that grew out of those seven seeds.

St ALi
Melbourne cafe pioneers St Ali coffee adopted its name from the equally passionate Abul Hasan Ali Ibn Umar (Saint Ali is his westernised name). While working as a physician for the Ethiopian King in the 1230s, he yielded to his temptation and had an affair with the king's daughter. They were exiled to the mountains of Yemen, where they started to eat some perculiar red berries from one of the local plants. Noticing the stimulating effect of the coffee cherry, they boiled the cherries to get the extract and drank the concentrated liquid to kick exhaustion to the curb. Years later, Saint Ali was called back to Ethiopia to help cure an epidemic and was forgiven for his sin. He shared his know-how about coffee cultivation and built a coffee culture during the Sufist schools' late night prayers.

Dancing Goat
The award-winning baristas at Dancing Goat will gladly have long conversations about coffee as long as you don’t ask the forbidden question: Why Dancing Goat? So, better read this first. Rather than revered Sufis, mystics and officers, the tale of the dancing goats stars Kaldi, the goat herder. A night just like any other, he woke up to find his goats dancing together vigorously under the moonlight. Bewildered and intrigued, Kaldi soon realised that his goats were chewing the cherries of a particular dark-coloured plant, the leaves of which energised for quite some time. When he munched a couple himself, it was the beginning of a dancing ritual of the goats and their herder. Yet, nobody else would have heard about it if it weren’t for the neighbourhood monk, who came to town to find out more about the dancing goats. He took some of those berries to the monastery and brewed them to make a drink. A few sips were enough to help him pray long into the night. He proudly introduced the magical beverage to Ethiopia.
Shop 4, 280 King Street, Melbourne

Proud Mary
It's open to question as to whether the legendary American rock band Creedence Clearwater Revival's 1969 hit song Proud Mary's success can beat the popularity of Collingwood's well-loved food and coffee sanctuary. Proud Mary is one of the multi-skilled (and former DJ) owner/barista Nolan Hirte's favourite songs. Some say this song is about Mary the washerwoman from Memphis, who suffers the blows of misfortune, whereas some think of Proud Mary as a boat "rollin' rollin' rollin'" on Mississippi River.

Omar and the Marvellous Coffee Bird
The expectation of finding good coffee dwindles as one moves away from the inner suburbs. That’s why you will be as relieved as Omar when he saw the Marvellous Coffee Bird in the middle of the desert when you run into Omar and the Marvellous Coffee Bird in the middle of Gardenvale. According to a different legend, it was Sheik Omar, a disciple of Saint Ali, who dared to fall for the king's daughter. He paid for his cheeky adventure by being banished into the mountain of Ousab in Arabia. As he was starving to death, he saw a bird with marvellous plumage and tried to catch the bird as it perched on a tree. But all he could grasp were the coffee cherries. On tasting the coffee cherries, Omar was amazed and awakened. He then added them to his herb soup and brewed the first coffee hereby.
124 Gardenvale Road, Gardenvale

Three Bags Full
Located at the historical and spectacular Denton Mills Building, Three Bags Full has been keeping the premises as busy as it used to be back in 1888, when it was the home of Denton Hat Factory. Being Australia's first steam-powered hat factory, the production demands were too high, so they were continuously in the need of wool. Perhaps they were only three bags full, or they just nabbed a line out of children’s nursery rhyme, Baa Baa Black Sheep.

Hoboken
Sitting on graffiti-covered Hosier Lane, Hoboken Cafe is designed to have a similar industrial feeling with the city of Hoboken in New Jersey. Known for Maxwell House Coffee factory and the constant smell of roasting coffee, Hoboken used to welcome its visitors with a large, shiny, neon sign reading ‘Good to the Last Drop’, supposedly verbalised by Theodore Roosevelt. The name is chosen as a salute to the Americas – where their signature dish of red beans and rice originates and ‘Hobo’ reflects the cafe’s relaxed style, décor and maybe even some of their customers.

Earl Canteen
John Montagu, the fourth Earl of Sandwich was a British diplomat who lived in the 18th century and was considered as immoral, incompetent and corrupt, described as “mischievous as a monkey and as lecherous as a goat”. Rumour has it that the Earl was a member of the Satan Worshippers and specialised in seducing virgins. Gambling was another not-so-noble yet relatively innocent activity he carried on over years, which sparked off the invention of the sandwich. One night in 1762, feeling peckish but not feeling like quitting the card game, he ordered his servant to bring him roast beef, only between two slices of bread, so that his fingers wouldn’t get greasy. We don’t know who won, but Earl of Sandwich helped a whole world of people curb their hunger pangs in a convenient way and also gave his name to arguably the best sandwich shop in town. 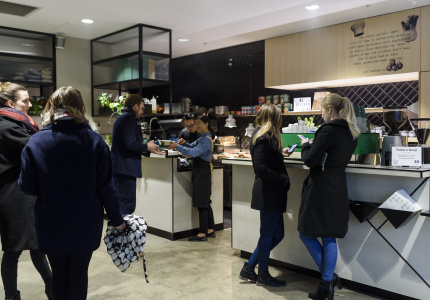 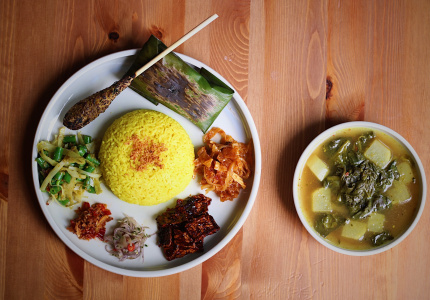