The acclaimed restaurant’s seven-course tasting menu isn’t gone for good though – it’s moving to Melbourne instead. 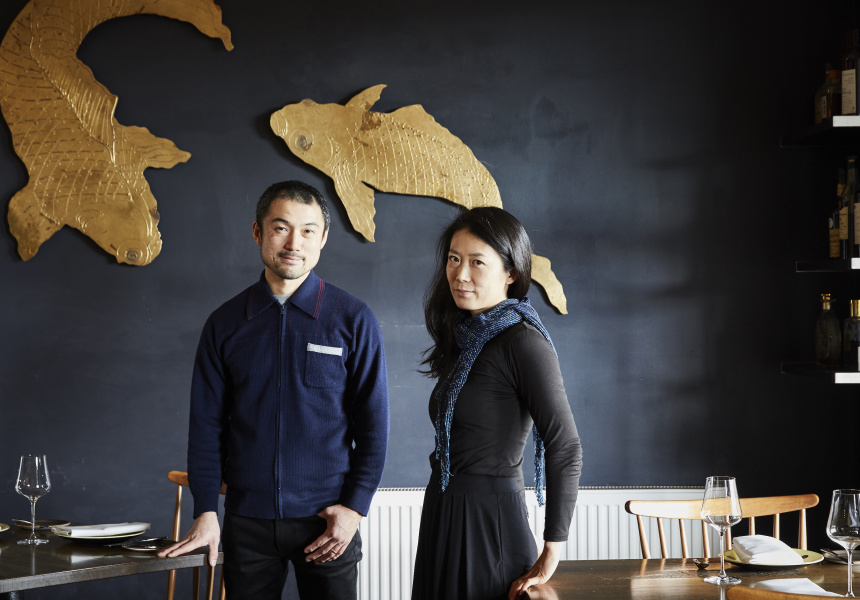 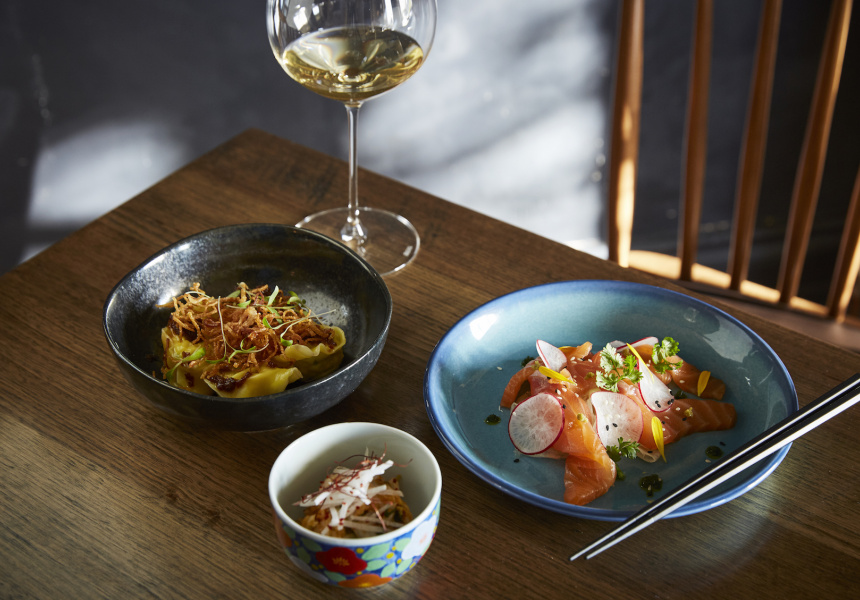 It seems restaurant owners aren’t immune to the seven-year itch. Daylesford’s acclaimed Euro-Japanese degustation restaurant Kazuki’s, which opened in 2011, has been rebranded as Sakana, a casual Japanese diner serving share plates and sake.

“In the beginning we started in a similar direction to Sakana, what it is now,” says Saori Tsuya who co-owns the restaurant with her husband and head chef, Kazuki Tsuya.

But when the pair introduced a seven-course degustation menu, Kazuki’s became more of a destination restaurant.

“Tourists want to go where locals go,” Saori says. “So they feel the feeling of Daylesford. We found that … we started to lose the connection with the local residents. It wasn’t the everyday place. So we felt a little bit lonely. They still came on their anniversaries or for big celebrations, whereas we used to see them more than once a month.”

Sakana’s casual menu is split into starters, rice, raw, steamed, fried, meat and seafood, with each section listing no more than three dishes.

“Two thirds of the menu is shareable. It’s a very friendly menu, there are Japanese words but we can always help,” says Saori.

Saori is from Fukuoka in the south of Japan, and Kazuki is from Akita, roughly 500 kilometres south of Hokkaido. “He grew up with beautiful home cooking; his mother and grandmother are fabulous cooks,” says Saori.

Kazuki has tried to recreate the pickles he ate at home as a child. Those at Sakana are made with the seasonal vegetables the couple grows in their small kitchen garden.

“People order more, they want to repeat after having one,” says Saori of the dumplings.

The name Sakana has two meanings. More commonly it means “fish”, but it also means “food to go with sake”.

Kazuki’s interior already had a fish-heavy theme, with koi painted on the walls of the Victorian terrace. The couple feels the new concept’s riff on the double meaning was appropriate.

Front-of-house manager and sommelier Primo Clutterbok will guide guests through sake, wine and even tea pairings on request, but it’s not something Saori and Tsuya want to enforce.

“In the end, the best way to enjoy dinner or lunch is to drink what you like to drink, and eat what you like to eat,” says Saori. “We are the same people, we are Kazuki and Saori and the team. We’re not trying to do anything difficult, we just want to make everybody smile.”

For regulars at Kazuki’s, the creative degustation is not lost. The fine diner will reopen in Carlton in October, with interiors by Design Office (Higher Ground). Kazuki will remain executive chef of both restaurants, but will soon move to Melbourne to run the new Kazuki’s kitchen.