Dance the Night Away with Canyons 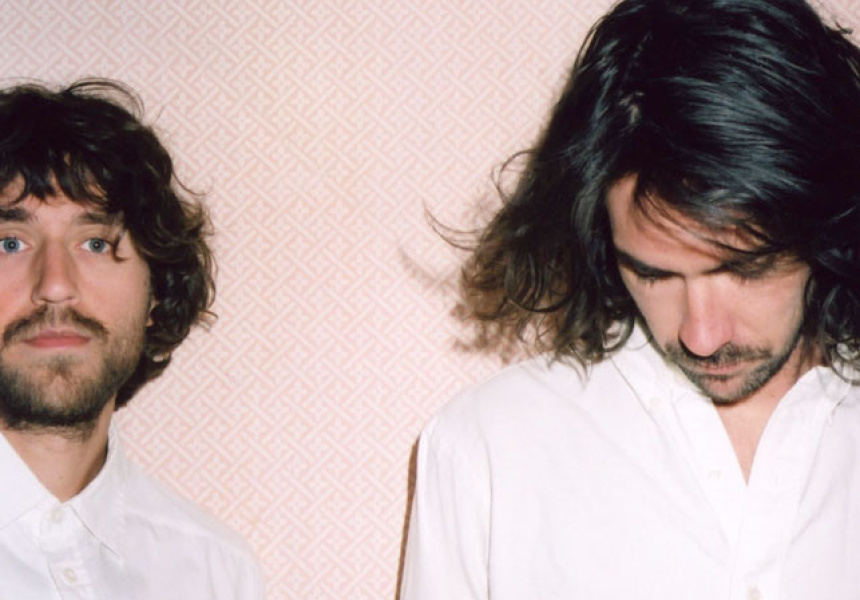 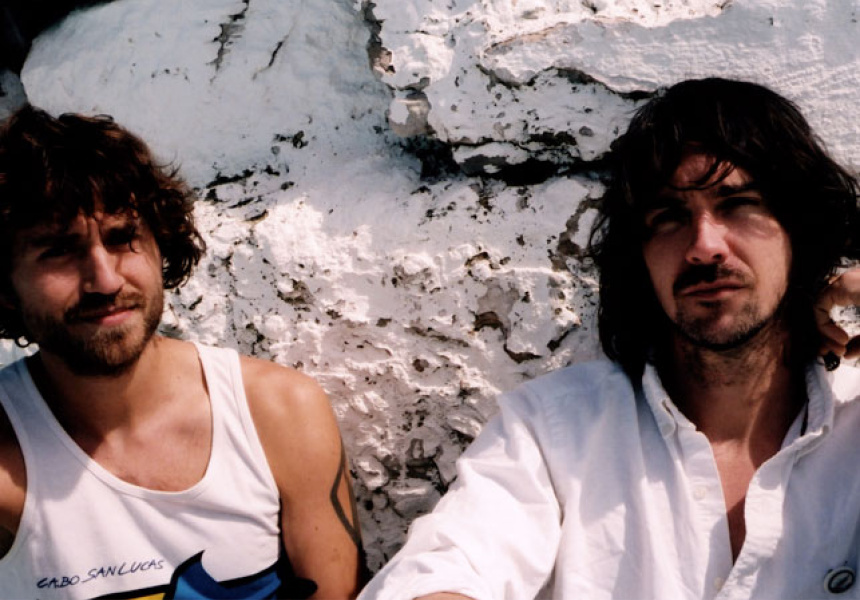 Ryan Grieve and Leo Thomson have been friends ever since they met at high school in Perth and discovered they shared eerily similar tastes in music. At the time, Grieve was playing drums in a “few different bands”, while Thomson was making sample-based music on an old-school Akai MPC sampler.

They collaborated for a short time in 2007 before deciding to start up a record label together dubbed Hole In The Sky. The duo’s first ever recording together became their first release as Canyons – the Lovemore EP – before going on to remix the likes of Tame Impala and Ladyhawke, helping craft the duo’s unique sonic palette in the process.

Riffing on the energy and immediacy of the New York City-based electronic act Suicide’s first self-titled album in 1977 and unsung fellow 70s psychedelic rock and soul unit Purple Image, the now Sydney-based kinsmen soon tapped into ways of injecting this influence into their 2011 debut. In fact the sway was so powerful that Canyons chose the Suicide single, Keep Your Dreams as the title of their own record.

We caught up with Thomson in the aftermath of Canyons’ recent 3am Monday morning Golden Plains set, which saw the guys swill some pre-gig beers while immersing themselves in the dance opulence of US pop magnets Chic.

The set had an added significance for the group. “It was the first time that we were able to perform with visuals by artist Daniel Boyd used as a backdrop after being restricted due to rules and regulations in the past, and it was another full band show for us which was exciting,” he beams.

After recently cutting the band back to five members – and sometimes four – the players include Julian Sudek on drums, Thom McAlister on bass and Sunil De Silva working over percussion. Grieve plays guitar and drums on a few tracks plus vocals alongside partner Thomson on keys, triggering sequences and dual vocal spreads.

“We feel really lucky and we’re interested in trying to flesh out some ideas with them as a [studio] band, rather than us being half a band, half studio producers, which is kind of how it was for our first album,” he says.

The band have been working in extra rehearsals to nut out new methods of playing songs. They want to keep it interesting and to “tailor themselves and the sound to certain environments” with plenty of room afforded in their mesmeric arrangements for improvisation.

“It is great transforming the record into a live performance, but really challenging at the same time,” admits Thomson. “We’re still working out the best way to do certain things and we’ve recently made some big technical changes, but it’s definitely heading in the right direction.”

Thomson has previously said that the band’s goal was to write an album that makes sense from start to finish, with a clear aesthetic permeating the whole. So, are we talking concept record here?

“There are some overarching conceptual themes that run through the album,” he admits. “One of the things we tried to express is the feeling of longing for things that are seemingly unattainable, while simultaneously being just around the corner. There’s also a sonic aesthetic that connects all of the music, so although stylistically the songs are in some cases really varied, they share a certain sonic palette.”

That’s not to suggest that their sound will become too directional. One of Canyons’ chief desires is to connect with and communicate the multifarious and manic span of dance music’s present and past.

“Throughout history, humans have danced to a wide variety of music and that’s something that we want to remember. Dance music shouldn’t just be [labelled] ‘dance music’, because people used to dance to jazz, rock, soul, etcetera. So we wanted some of this to permeate our music.”

Canyons play The Toff in Town this Thursday March 22.