A Cretan Island in Camberwell

The legendary hospitality team from Epocha takes a gamble on Cretan cuisine in the south-eastern suburbs. 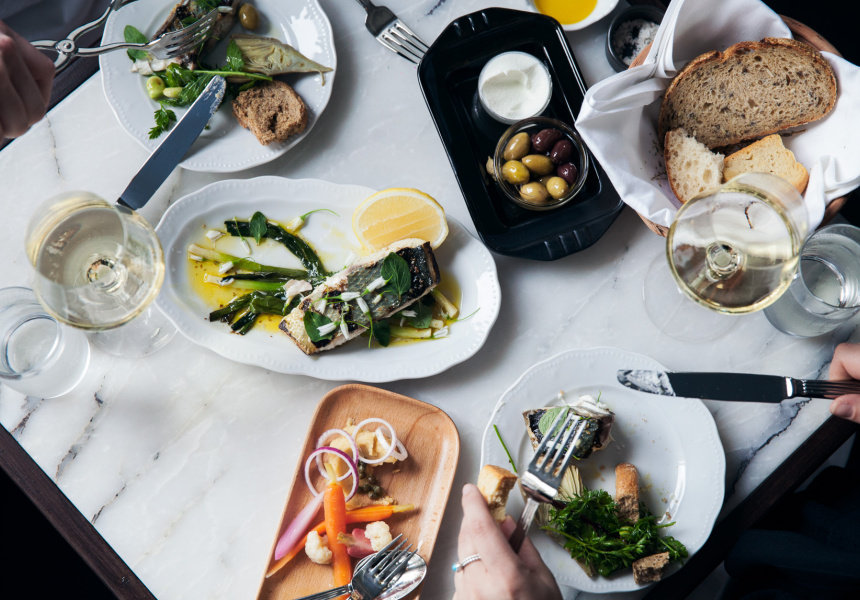 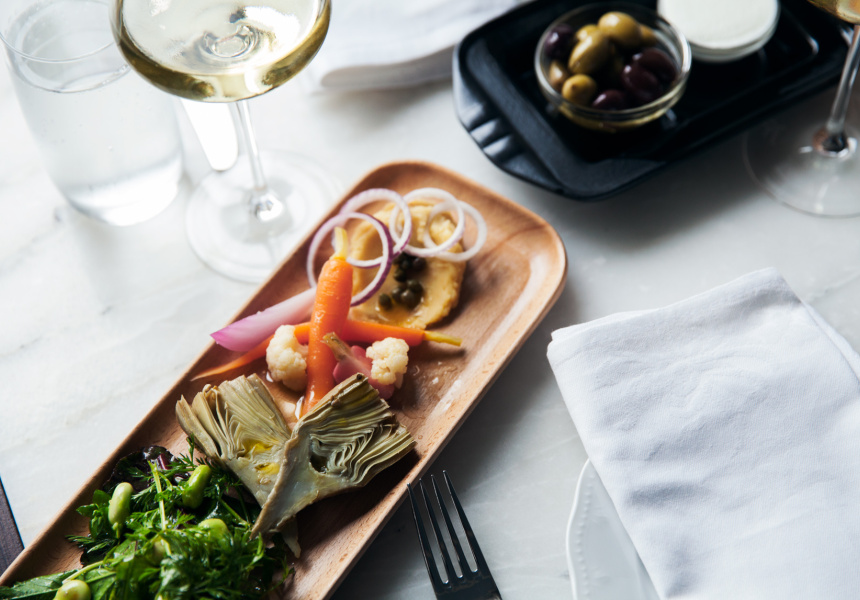 There aren’t many who would describe Camberwell as “scary”. For restaurateur and hospitality legend Angie Giannakodakis, though, it’s a big change when compared to her European restaurant, Epocha, in Carlton.

Plonking their new restaurant and wine bar, Elyros, in the south-eastern suburbs is a bold move for her and partners, Disa Dimitrakakis and Guy Holder. Not only that, but it’s at the hilly end of Burke Road – slightly away from the main retail drag.

“You’ve got to take a leap of faith sometimes, and trust what you’re doing is good,” Giannakodakis says.

This Camberwell location is a case of the right site at the right time. The corner building, which previously housed Magic City, welcomes copious amounts of light into its long, sleek interior. The room is split into a main dining area and wine bar, and there is also a function room upstairs.

Elyros is dedicated to Cretan cuisine, a style of Greek cooking that forgoes stodgy ingredients for dishes that are light, produce-driven and natural.

This includes chunky octopus pieces stuffed with rice, pistachio and currants; apaki (vinegared and smoked pork), a lush spring vegetable medley and a plate of dolmades like fat, green cigars, swimming in olive oil. There is a whole fish, slit and de-boned in front of you with a special Cretan knife traditionally carried in the boot (“they believe in vendettas,” Giannakodakis says).

Giannakodakis describes the cuisine as essentially “seasonal”. Not in the “wanky” way, she assures me. “It’s something Cretans have been doing for years – they do it naturally without a second thought. If you say you’re doing ‘sustainable food’, they’ll probably laugh at you, because it’s just silly. If it’s not in season, they don’t have it.”

The wine list by sommelier Thomas Eveno resembles a novella, but is an unusual collection of wines generally from lesser-known, smaller wineries around the world. If you’re only having one drink, try its special Cretan cocktail: a blend of honey-infused spirit, rakomelo, with thyme, Greek sparkling wine and bitters. 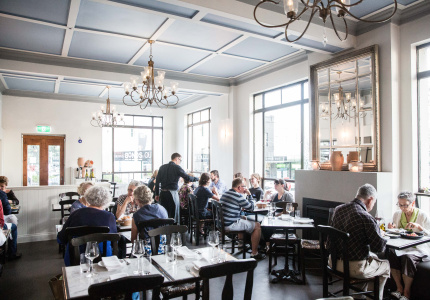