Melbourne’s got bagels, chicken-soup and matzah balls aplenty. We’ve picked the top six spots to get a Jewish foodie fix. 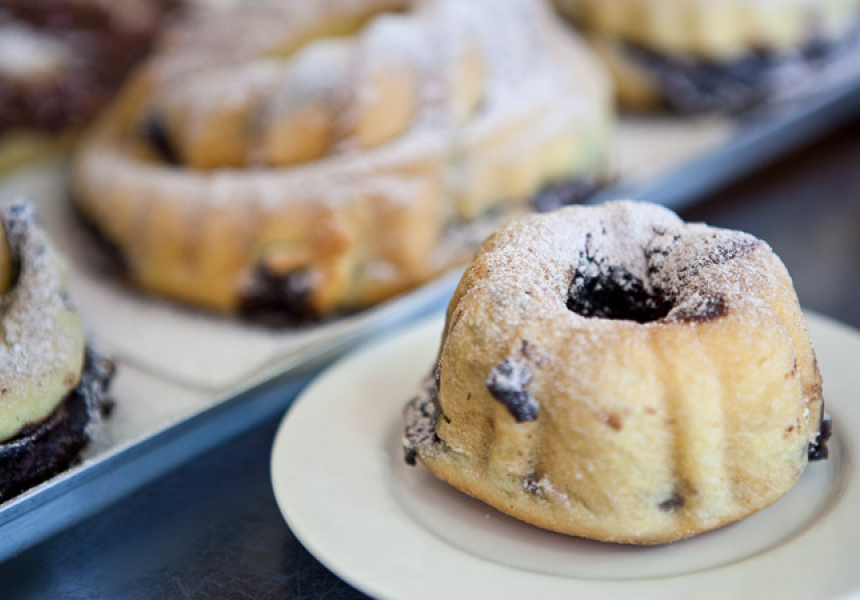 Did you know that outside of Israel and New York, Melbourne has the largest population of living Holocaust survivors in the world? Aside from privileging us with their stories and Yiddishkeit, these precious gems can make a damn good chicken soup too. While we might not be able to pronounce all of the dishes, there’s no denying Jewish traditional food is tasty, hearty and full of soul.

So if you’re looking for a fix, go no further then the bayside ghetto heartlands, where you’ll find kreplach, gefilte fish and strudel aplenty.

We’ve also put together a little glossary, to help you out when ordering.

Institution is the first word that comes to mind when gnawing into a crispy bagel made at this post-war family bakery. Opened in 1969 by Mr Mendel Glick (who is now in his eighties and still works six days a week), this Balaclava stalwart has expanded to nine locations across Melbourne and Sydney. But growth hasn’t sacrificed quality: they make perfect bagels day-in, day-out. Mr Glick’s true claim to fame, however, is his challah – sweet, knotted Sabbath bread that can’t be replicated anywhere else in the world. It’s better than brioche and perfect for French toast. If you’re craving a Saturday night bakery fix, Glick’s is open in the wee hours. We can smell the bread baking from here…

If you grew up in Caulfield North, Lenny’s was the milk bar that stocked more than milk, eggs and the paper. This seemingly modest corner shop is a must for pre-made dips, gefilte fish, pickles, herring, schnitzel and cold cuts – the perfect pre-picnic stop off. The store’s owner, Lenny, has been running the show for years and he does a top job, bringing in bread from Melbourne’s rival Jewish bakeries including Glick’s, Aviv and Lichtenstein's. Unlike most Jewish food stores, they’re open Saturdays too. Don’t go past the eggs salad here.

On Saturday in Ripponlea, religious Jews in traditional black suits and white stockings walk to Synagogue, transforming this little strip into last century Europe. The Friday rush is a precursor to the 19th century shtetl timewarp, with Klein’s taking the mantle for typically Jewish fare including Passover food like matzah knaidel and macaroons. While the huge menu extends beyond pre-made Yiddish food, we recommend you stick with the kugel.

We’ll forgive you if you can’t pronounce Chocolate Kooglhoupf. But if you haven’t tried it, that’s another thing. Baking from their grandma’s 1920s Polish recipes, Monarch first opened in Carlton in the 1930s and now makes some of the most delicious cake in Melbourne from its St Kilda residence. Kooglhoupf can only be describes as a melt-in-your-mouth, chocolate-infused layer cake that’s crunchy on the outside and softens as you peel your way to the centre. But it’s a tough job picking between this and Monarch’s classic cheesecake (baked from a 100-year-old recipe), caramelised palm leaves or florentinos – especially when they beckon from the old-fashioned glass display of Monarch’s storefront. Don’t be fooled by Monarch’s imitator neighbours – this is the true St Kilda post-dinner cake destination. Wash it down with an espresso.

Slightly removed from the centre of Jewish life in Balaclava, the bakers at Elsternwick’s Aviv churn out classic Jewish bread and cakes. And while the challah is second to Glick’s, the bagels are a serious contender, with the merits of crunchy versus soft dividing Melbourne’s Jewish community. Around Hanukkah time, head to Aviv for perfect jam-filled ponchkas and in March, around the festival of Purim, Aviv make delicious hamentashens – triangular jam or poppy seed-filled pastries that are meant to resemble the ears of the evil advisor to the king, Haman.

Borscht Vodka Tears & After the Tears

This one’s not strictly Jewish – but we had to include it. After all, they make the best borscht in town. Take your pick from the Windsor or Elsternwick location, the Tears make excellent Polish food all round. Think cheese blintzes (savoury and sweet crepes), Russian perogi (little balls of love, otherwise known as dumplings), stuffed cabbage and Polish tapas, which includes a selection of herrings, pickles and a basket of rye bread. Vodka’s their middle name, so expect a huge selection, from chilli-infused to plum. And if you fancy a movie beforehand, head to the den-like Elsternwick Tears, because the Classic Cinema is right next door.

Babka aka Kooglhoupf
Yeasted polish cake. May be flavoured with cinnamon, chocolate, or lemon, and filled with cheese or fruit.

Bagel
Polish circular bread with a hole in the centre. Made by boiling then baking dough; crunchy outside, soft inside.

Blintz
Relative of the Hungarian crepe, usually filled with cheese.

Cholent
Ashkenazy meat, potato and bean stew typically slow cooked in the oven overnight and eaten on the Sabbath.

Fooshnogah aka Galah
Calf’s foot jelly. Try if you dare.

Knaidlac
Usually eaten on Passover. Dumplings made of Matzah eaten in chicken soup.

Matzah
Unleavened bread eaten on Passover (a little like Carr’s Table Water biscuits but the size of A4 paper).

Ponchka
Donuts usually filled with jam, chocolate or custard. Made around the festival of Hanukah. 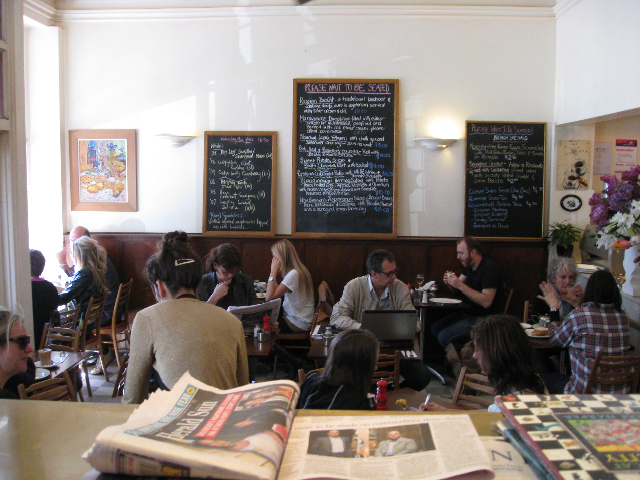