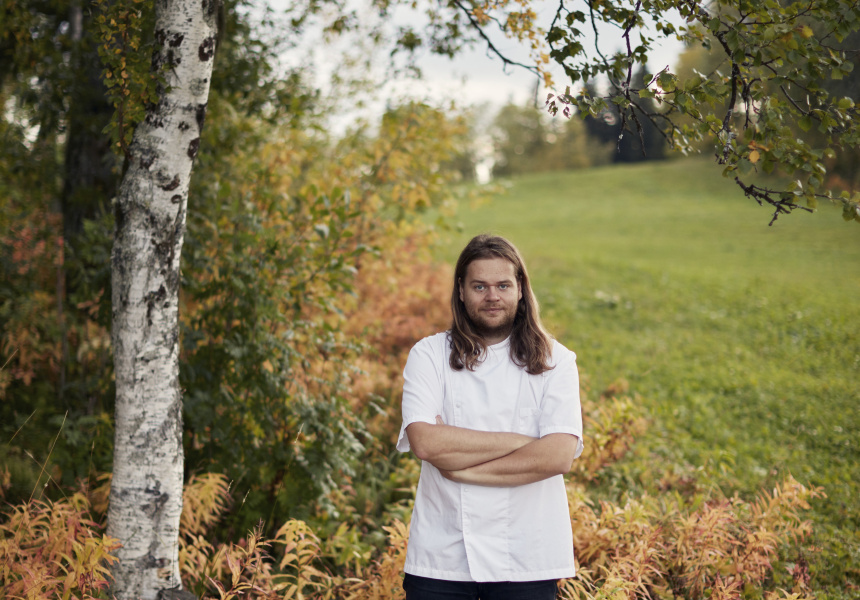 When he decided to write a book about the cuisine of the vast Nordic region, internationally acclaimed chef Magnus Nilsson admits he might have been naïve about how big the project was. A whole three years (and countless home-cooked meals in tiny Nordic villages) later, the Swede’s hefty tome, The Nordic Cook Book has finally been released. It uncovers the little-known, varied food traditions of this part of the world.

“The problem with Nordic cooking is that no one knows what it is,” Nilsson says. “If you go on Google you’ll find recipes on herring and meatballs and gravlax, then you’ll find this weird video of Anthony Bourdain eating shark in Iceland, and then you’ll find articles about Fäviken (Nilsson’s highly awarded restaurant in remote central Sweden) and Noma,” he says. “But none of those things are really representative of what people eat in the Nordic region.”

To show the world just what does go down in everyday Nordic kitchens, Nilsson hit the road to document the real food of this isolated pocket of northern Europe. The chef took a road trip through remote Nordic nooks and crannies – from Greenland in the far west, Finland in the east and pretty much everywhere in between. “Geographically it’s a very big area. We went to many places I’d never been, and places I would never have gone, if it weren’t for the book,” he says.

In the book’s introduction, Nilsson muses that, “To write a book on Nordic home cooking in general is about as stupid as to write one on European cooking, lumping Estonia, France and Portugal together into one work”. As the chef discovered during his three-year research mission, eating home-cooked meals with countless local housewives, he’d really underestimated the breadth of the regionality in Nordic cuisine.

“With all the research that I’ve done in the past [at Fäviken], I thought I knew a lot about what Nordic food culture looked like. But it turned out that I hardly knew anything,” he says, laughing. “That was the most surprising thing – and the most enjoyable thing in the whole research process.”

Impressively, much of the book’s imagery comes from the chef himself. Nilsson’s stunning photographs create a strong visual and cultural story: evoking the muted, sometimes bleak beauty of the region, while taking us into the humble kitchens of everyday home cooks. As much a comprehensive historical and cultural documentation as it is a place to find recipe inspiration, The Nordic Cook Book might at first seem impenetrable. But there are many gems within its almost 800 pages. Think dishes such as seared salmon gravlax with sweet-and-strong mustard sauce; herring and pickled-beetroot salad; egg waffles with jam and cream; strawberry layer cake; and Danish almond rice pudding with sweet cherry sauce.

Sure, it’s unlikely you’ll be cracking out puffin or reindeer meat at your next dinner party, but the book offers plenty of tips on fermenting, smoking and pickling at home. Bread, pastries and baking play a lead role, and you’ll find beautiful new ways to use game meats, kale and salmon.

The Nordic Cook Book is on sale now through Phaidon Press.