This Healesville distillery doesn’t just produce world-renowned gin – it takes its responsibilities to the community seriously. In partnership with Dan Murphy’s, we talk to co-founder Stuart Gregor about supporting locals and giving back – and get a recipe for a special Olive-Oil Martini. 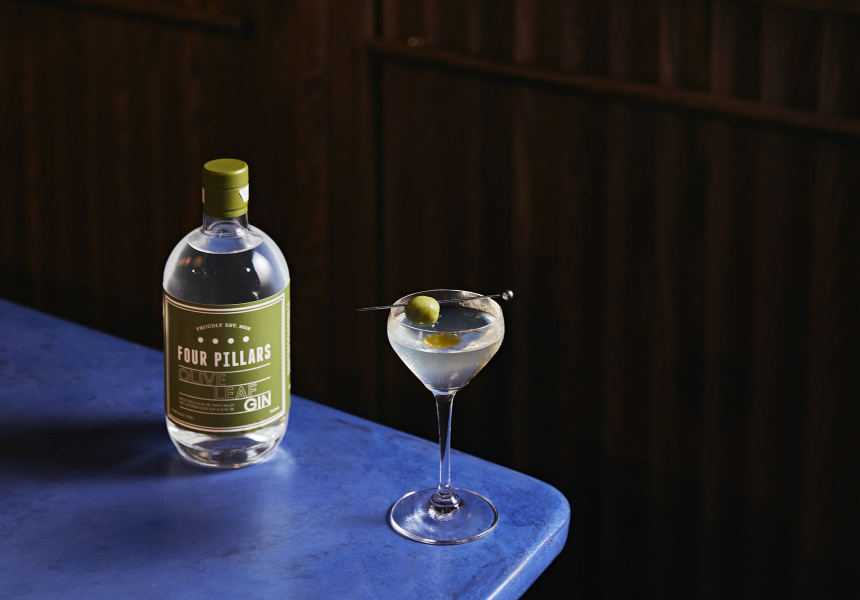 Gin is more than just a key ingredient in G&Ts and Martinis – the liquor itself can display the character of the area it comes from, thanks to local botanicals and producers.

It’s something Four Pillars Gin – based in Healesville, in Victoria’s Yarra Valley – has long been expert at. Take, for example, its annual Bloody Shiraz Gin, which combines the original Rare Dry Gin with cool-climate shiraz grapes from the Yarra valley, producing a stunning purple gin with a sweet note.

But according to co-founder Stuart Gregor, Four Pillars’ award-winning gins are infused with an even more important ingredient: community.

“I start with the people of Healesville,” he says. “We’re employing more than 80 locals in the Yarra valley area. That’s the best contribution we can make to any community – to keep people in jobs. You’re more than a brand of gin, you’re a collective of people.”

It helps that the collective produces great gin. Four Pillars was recently crowned International Gin Producer of the Year for the second consecutive year at the International Wine and Spirit Competition in London. The business is also about to expand its physical footprint thanks to a multi-million-dollar redevelopment.

“We’ll be three times the size we are now this time next year,” says Gregor. “It’s exciting times, especially coming after the year the community has just endured with Covid-19.”

Community and local connections are integral to the business. Four Pillars recently worked with Yarra Valley Caviar to make gin-infused salmon caviar (made with Bloody Shiraz Gin), and with local brewers Hargreaves Hill to make a Gin Barrel Gose. “It’s really important to be a strong community participant,” says Gregor.

There’s also the annual Four Pillars of the Community event – for the first week of December, all profits are donated to local organisations. Recipients in 2020 included CFA Healesville, Oz Harvest, Mad Foundation, Safe Steps and Scarf.

When asked why Four Pillars has been such a success, Gregor says it’s because the company is no one-trick pony – it’s constantly innovating. New to bottle-shop shelves is the Olive Leaf Gin, which has a more savoury, Mediterranean flavour profile – think bay, rosemary and lemon – than the classic dry variation. Gregor says inspiration for the drop struck while visiting Cobram Estate’s annual olive harvest on the Murray River in north-west Victoria, back in 2018.

“There’s something about being around an olive grove that just makes you want to have a Martini,” he says.

It led to a light-bulb moment: using olive oil as the botanical in a new savoury gin, created with Martinis in mind.

“Cobram offered us first-press olive oil, and we ended up using a few litres of it in any batch (about 1500 pressed olives), along with juniper, coriander seeds, lemon, macadamia and olive leaf,” says Gregor. “It gives a lovely soft mouth-feel and savoury taste. It tastes like standing on the edge of an olive grove on the Murray.”

That’s the thing about gin: it can take you places.

Here’s how to make Gregor’s Olive-Oil Martini at home.

Method:
Stir gin and vermouth over ice in a mixing glass (get it as cold as possible). Strain into frozen cocktail glass. Twist lemon peel over and garnish with a few drops of olive oil and drop in an olive. Serve with a side of Sicilian olives. 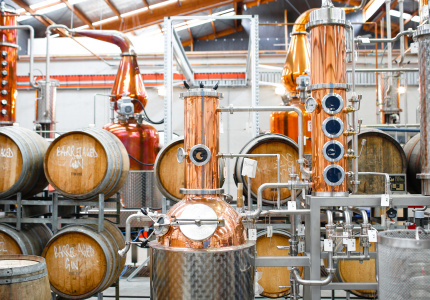