The owners of a country pub are opening an 800-square-metre bar and provedore (their nearby Carlton pie shop is already open); a bayside brewer is planning a 250-person South Melbourne bar and eatery; and an ex-St Ali barista is working on a polished, small-scale Brunswick East joint. 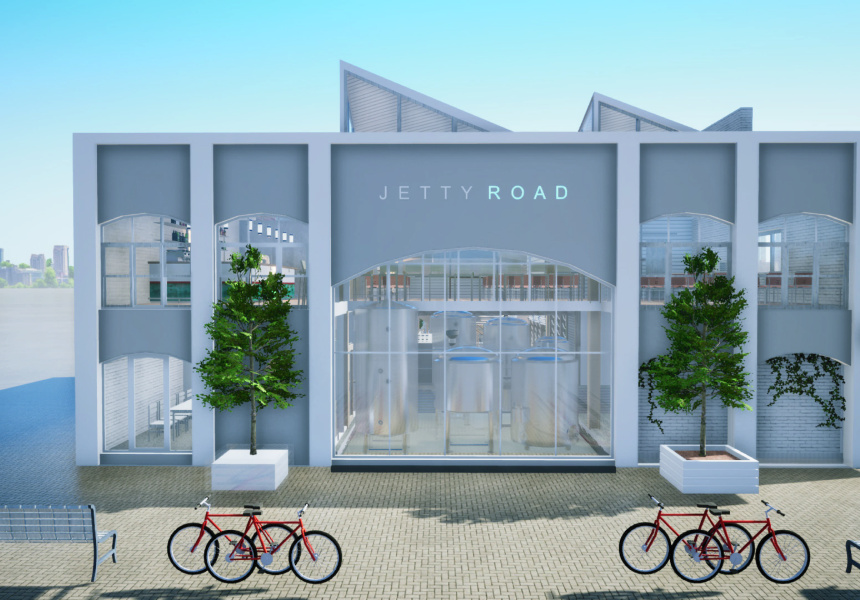 In the coming months three Victorian brewers will make the move into Melbourne. The owners of a well-loved country pub are opening an 800-square-metre bar and provedore in Carlton; a bayside brewer has a 250-person South Melbourne bar and eatery in the works, and an ex-St Ali and Wide Open Road barista is working on a polished, small-scale Brunswick East joint.

Tooborac Pies and Beer and From the Collective, Carlton
For small, independent brewers, gaining traction in the mainstream beer market can be tough. If that brewer is located outside Melbourne, even tougher.

“There’s a problem [in the country] with having representation [in the city],” says James Carlin, who co-owns of Tooborac Hotel and Brewery in northern Victoria with his wife Valerie Carlin. “How do we showcase our products in densely populated Melbourne?”

So the Carlins are opening a new Carlton warehouse space dedicated to regional producers. When it launches in October, From the Collective – an 800-square-metre market-style provedore – will stock more than 600 products from 150 producers, including Tooborac’s own scotch ales and IPAs. Expect smallgoods, coffee, cheese, wine, sauces, preserves, beer, cider, spirits, oils and nuts. The rules? Everything must come from independent businesses that make their own products at least 40 kilometres from the city.

There’ll also be a bar pouring beers from Tooborac and 12 other regional breweries, and events such as salami-making and sausage-making classes.

In the meantime, just metres away, sister venue Tooborac Pies and Beer is already open, serving pies made at the original country hotel – such as rabbit and bourbon; vegetable korma; lamb and rosemary; and chicken, leek and bacon – to eat in or take away. And when the liquor licence is approved in the coming weeks, expect a selection of Tooborac’s beers on tap here too.

“We’re putting in a 500-litre system,” says founder Grant Rodgers of the new operation, which is happening on a smaller scale than at the original. “It’ll be small-batch, barrel-aged beers just for South Melbourne.”

The new location’s proximity to other breweries – such as Westside Ale Works just a couple of blocks away, and Colonial Brewing Co in Port Melbourne – has stoked community spirit in the team, with plans to collaborate on limited-run beers once everyone’s settled into their second home.

“We want it to fit our mould, community and vibe,” says Rodgers. “We’re putting a Melbourne spin on what we’ve done in Dromana.”

The warehouse space will encompass a mezzanine dining area and restaurant, with a menu using produce from nearby South Melbourne Market designed to complement the brews.

Alchemy Brewing Co, Brunswick East
And at the Brunswick East end of Lygon Street, a new brewpub called Alchemy Brewing is set to open at the end of October. For long-time barista Pim Muter (Wide Open Road, St Ali and the now-defunct Hammer & Tong), it’s as simple as swapping one craft for another.

“[We’re] transferring the exacting principles of the barista to the production of another wonderful beverage,” says Muter. He’s been been quietly perfecting his ales and lagers as a home-brewer for the last 12 years, and it’s this simple, homespun approach that’ll inform the brews at Alchemy, which will mostly be sold on-site on a dozen taps. Expect plenty of pale ales and IPAs first up, and a few sours and imperial stouts to come further down the line.

“It’s got the potential to be one of the nicest spots in Brunswick,” says Muter. “Incredible natural light, big open space. A lot of pubs are quite dark and dingy, this will be really pleasant.” A basic food menu will be served from the small kitchen behind the bar, and a commercial kitchen is earmarked for the future.

Alchemy Brewing is due to open at 396 Lygon Street, Brunswick East in October.