Marco Finanzio is replicating the cosy, old-world feel of his laid-back Italian spot in a 100-year-old former shoe store. “I want people to walk in and think: ‘Shit, it’s exactly the same’.” 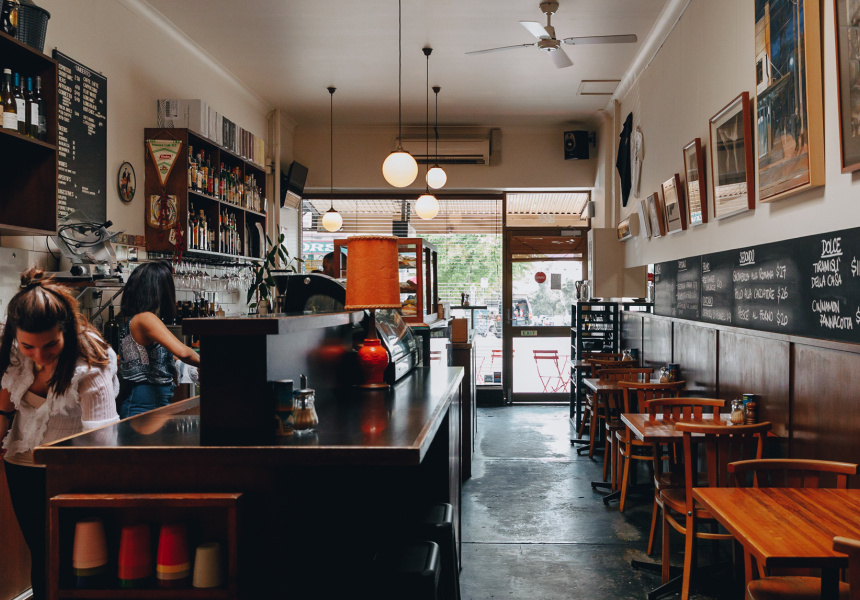 After 10 years on High Street, Thornbury’s Umberto Espresso Bar is moving into a 100-year-old former shoe store just 100 metres up the road.

The laid-back Italian spot gets a lot of its charm from its snug scale, but owner Marco Finanzio assures us he’s concerned less with the bells and whistles of modern design, and more with replicating the feel of the OG Umberto.

“It’s still gonna be cosy and poky and old world-y, like those espresso bars that arrived in Melbourne in the ’50s,’ he says. “I want people to walk in and think: ‘Shit, it’s exactly the same’.”

But with one main difference: plenty more room. Umberto 2.0 will seat 200 (compared to its predecessor’s 40), spread across several rooms and nooks.

Finanzio has renovated the new space in the two years since buying it in 2018, and slowly doubled the building’s footprint by extending the first floor and creating a second. “I haven’t been in a rush because this will be our home forever, and I really want it done properly,” he says.

On street level, two huge windows flank the entrance, and there'll be dark-wood panelling and familiar fixtures such as the cake display, light box with Italian soccer graphics, and box shelving.

On the first floor there’ll be two private dining areas – one with a newly terrazzo-tiled balcony that overlooks High Street. Above that there’ll be a rooftop bar, which will open next summer under a different name (and with a different concept).

The menu will stay pretty much the same, but with a kitchen that’s four times larger, there’s scope for a foray into fresh pasta (the Umberto team usually uses dry). “Isolation has turned everyone into pasta-making machines,” says Finanzio.

The crowd-pleasing casarecce with ragu di vitello (veal ragu), and orecchiette with broccoli and anchovies though will still use dry pasta. And fans of the cotoletta alla Milanese (veal schnitzel) will be pleased to know it’s graduating from a fleeting special to a fully-fledged menu item.

After the move, the current location will become what Finanzio calls a “pasta laboratory”, a place for refining and experimenting, and there are long-term plans for it become a deli.

Umberto Espresso Bar is set to open at 917 High Street, Thornbury in spring. The rooftop bar will open next summer.