Coming Soon to Carlton: Pizzeria Di Stasio Will Transport You to a Roman Piazza (Complete With a 17th-Century Stone Fountain)

From the prolific Italian restaurateur behind Di Stasio Citta and Cafe Di Stasio, expect pizzas halfway between Neapolitan and Roman style; a monolith topped with platters of oysters and crayfish on ice; and a colourful outdoor facade by Reko Rennie. 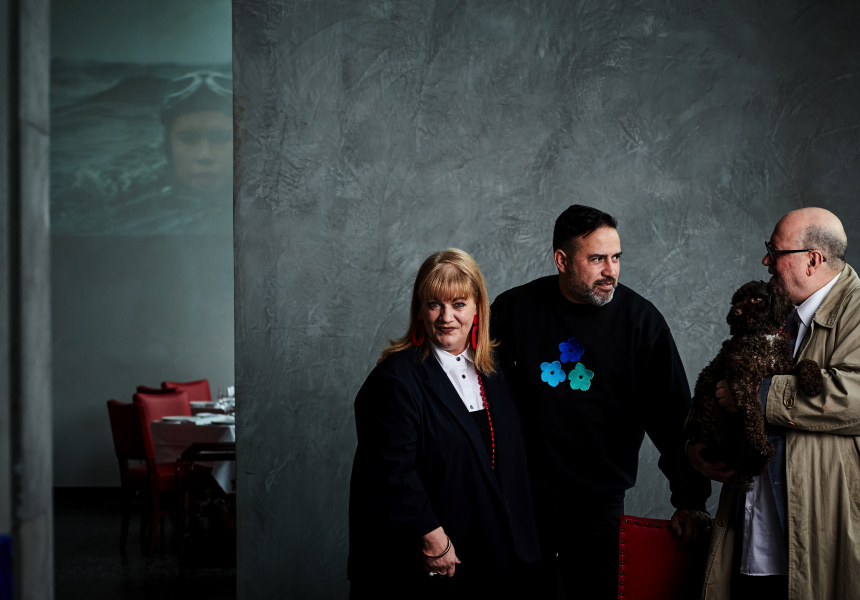 “There’s this word in Italian … arrangiarsi,” says restaurateur Rinaldo “Ronnie” Di Stasio, the man behind Di Stasio Citta and Cafe Di Stasio. He has one hand around a Negroni Bianco while the other gestures in circles, coaxing out the English equivalent. “It means making do, getting by.”

The word forms part of an Italian saying, l’arte di arrangiarsi, which refers to getting by as an art form. And that’s something Di Stasio and his partner Mallory Wall admire when visiting their favourite pizzerias in Rome, Emma and Pizza Ré – tables squeezed into outdoor nooks, waitstaff dancing between them, the opera of service.

Although Melbourne has a thriving Italian population – and the food to prove it – the magic of dining all’aperto (al fresco) in a piazza isn’t easy to find. And it’s hard to replicate; that romantic European-summer feeling of being red-cheeked on a balmy night, just after aperitivo hour, with dinner still a few hours away.

But the opportunity to recreate just that, channelling l’arte di arrangiarsi, is what prompted Di Stasio to sign a lease on the building next to King & Godfrey on Faraday Street in Carlton (where the original Johnny’s Green Room, a late-night hotspot in the ’60s and ’70s, once was). There he’ll open Pizzeria Di Stasio next March.

He only ever wanted to open one restaurant at a time. “I know it sounds crazy, but you have to leave it to the cosmos. When I walked in here for the first time, with the gardens across the road, I just knew,” he says from the banquette at Di Stasio Citta, facing Treasury Gardens. “It was the same at the pizzeria. You have to take that opportunity and cling to it with both hands, because if you let it go …” He throws his arms up in the air and lets them drop. A missed opportunity.

Pizzeria Di Stasio will seat around 100 people across the inside and the courtyard. There’ll be two laneway entrances, one from Faraday Street and the other from Lygon Street next to Pidapipo – and they’ll intersect in Di Stasio’s very own piazza, shared with the back entrance of Grown Alchemist’s new store.

A 17th-century stone fountain is even making its way to Melbourne from just outside Rome, to be installed in the courtyard surrounded by wide stone blocks. Diners will be able to perch on them and enjoy a drink, the way they might on the Spanish Steps.

Another feature, planned for the Faraday Street entrance, is a sculptural copper gate by celebrated Kamilaroi/Gummaroi/Gamilaraay artist Reko Rennie, who – for the second time – will also create a colourful outdoor facade for Di Stasio.

If red is Citta’s unofficial colour, the pizzeria’s will be green. Expect original green-terrazzo tiles, panels of green glass, green crosses on the back of the waitstaff’s white jackets, and enough outdoor plants for a small forest.

Inside, the dining room will be split in two. In the back, a stone and concrete monolith – similar, Wall says, to those used for sunbathing in the piazzas of Modena – will serve as a stand-up cocktail bar, or to display platters of oysters and crayfish on ice.

A Marana Forni pizza oven is being imported from Verona. (“They virtually give [them] their own birth certificate in Naples,” says Wall.) It’ll churn out pizzas that are halfway between Neapolitan and Roman style; thin enough for the toppings to shine, but thick enough to stop the sugo dripping down your arm.

The menu will also have some rotating dishes – perhaps trays of thick, square-cut pizza to share – and Di Stasio favourites such as baccalà fritto, a take on fish’n’chips using cod.

If the Di Stasio of old is moody and romantic, and Di Stasio Citta is bright and contemporary, where will Pizzeria Di Stasio sit?

“I suppose the difference is that St Kilda and Citta have always very much been about looking inwards,” Wall says. “This will be about looking outwards and getting back to nature. It’s what we love about pizzerias in Naples and in Rome. It’s not about imitation, it’s inspiration.” 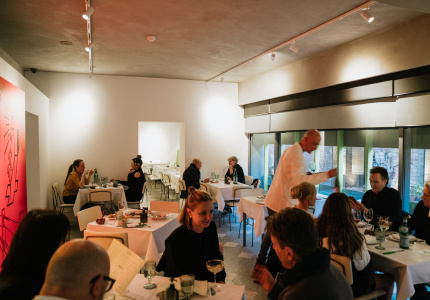 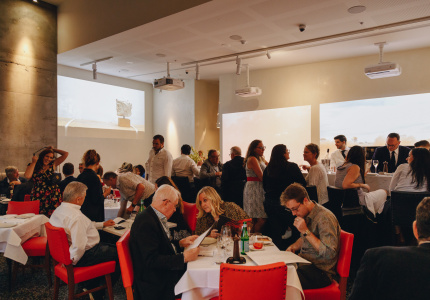