It’ll feel exactly like a regular bar – just minus the booze. And big glass panes will let you peer into a distillery producing booze-free alternatives to gin, whisky and rum. Sample them in “complex, adult-tasting cocktails” with flame-licked rosemary, Earl Grey tea and more. 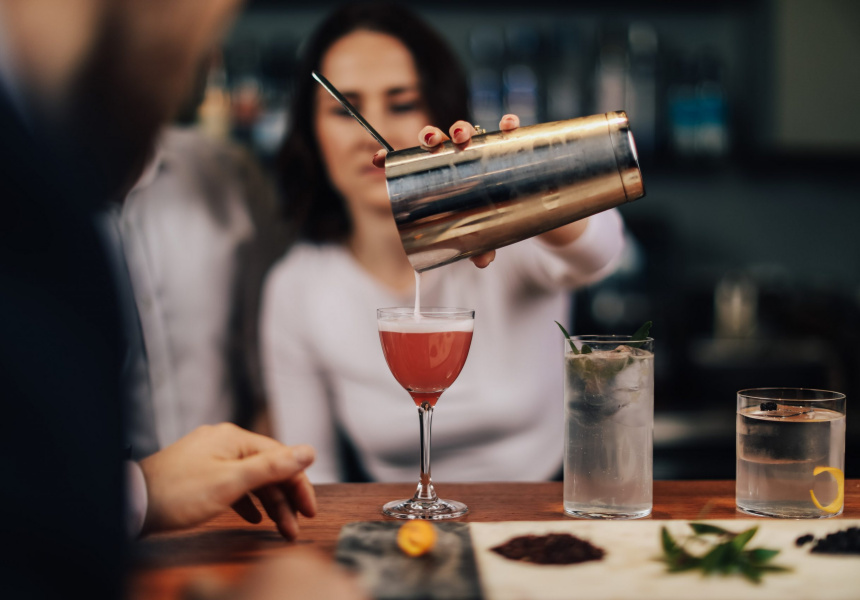 Melbourne-based distiller Brunswick Aces has been making gin without the gin – that looks like, smells like and (almost) tastes like the real thing – since 2017. But soon you’ll be able to jump on their booze-free bandwagon IRL.

“People feel like it’s a fad and it’ll drop off, but it doesn’t,” Brunswick Aces co-founder Stephen Lawrence says of the teetotalling movement. And while non-alcoholic drinks are losing stigma and even gaining popularity among Aussies, “It’s all about getting liquid on lips.” So the bar will be a place for those who might be reluctant to buy an entire bottle of a zero-alcohol spirit to drop in and see exactly what it can bring to an expertly crafted cocktail.

At the bar they’ll star in “complex, adult-flavoured” cocktails – nothing like the typical sickly sweet mocktails abstaining folk may have had to stomach. Expect the simple Rosemary’s Love with your choice of Brunswick Aces blend, rosemary gomme (a type of sugar syrup), soda and flame-licked rosemary, or the Estate Fizz made using the Spades blend and an Earl Grey mix frothed up with egg whites and served in a coupe. Despite the alcohol-free schtick, there’ll also be a single, actually alcoholic G&T on the list.

It won’t just be Brunswick Aces products here, though. Lawrence also hopes to stock other alcohol-free beer and wine from local brands such as Non and Holgate Brewhouse.

If you’re thinking, “Aren’t bars inherently boozy?”, Lawrence has an answer for you. The space will intentionally feel no different to a regular bar – it’ll be moody, dimly lit and with cosy nooks – so those who don’t drink don’t feel left out. “When we started making these drinks, it was much less about the alcohol [or lack thereof] and more about [replicating] the experience, the ambiance, the company.”

Education and interactivity will also be a focus – “really showing people how to make [these cocktails] at home,” Lawrence says. And while you sip your cocktail, you’ll have a front-row seat into the on-site distillery through big glass panes.

Long-term, the plan is to export the concept to Sydney, Adelaide and Brisbane.

The Brunswick Aces Bar is slated to open at 124 Weston Street, Brunswick East in late April. 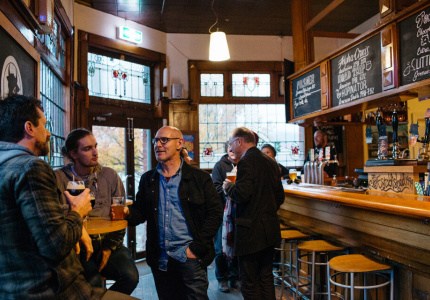