Australia’s most progressive brewery has taken over The Vine, a dilapidated old pub on Wellington Street, with plans to turn it into a brewpub with an ambitious menu. In Melbourne – and indeed, most of Australia – Sparkke Brewing Company remains relatively unknown. But in its hometown of Adelaide, it’s a bit of a sensation.

Winemaker Rose Kentish and marketer Kari Allen founded the brand in 2016, with the aim of reforming the male-dominated brewing industry and its excessively gendered branding. Sparkke’s plain white cans pop with sassy yet meaningful slogans, such as “Hottest Sex Tip Ever? Ask, Baby, Ask!”, “Advance Australia Fair? Time to Manus Up!”, “Nipples Are Nipples” and “Change the Date”. Ten per cent of direct sales are donated to relevant causes.

Inside these cans you’ll find hazy a pale ale and mid-strength pilsner, plus non-beer ferments such as zesty, alcoholic lemonade brewed with champagne yeast; alcoholic ginger beer with lime juice and orange blossom honey; and a cider made from 11 types of apples. They’re all brewed by Agi Gajic, one of just a handful of female head brewers in Australia.

Earlier this year the company expanded its presence with the opening of Sparkke at the Whitmore, a huge brewpub in the centre of Adelaide, on International Women’s Day.

Sparkke has taken over The Vine Hotel, a dilapidated 19th Century boozer on Wellington Street, Collingwood, which was once operated by CUB. A majority of the booze will continue to be produced at Brick Lane Brewery in Dandenong, but it plans to have a “small, theatrical” brewhouse on site for limited edition pours.

In-demand architect Iva Foschia, of IF Architecture, has been engaged to restore the site. An early concept suggests the original brick façade will be uncovered, after hiding under paint for several decades.

The company is also on the hunt for a head chef (ideally, a woman in the mould of Sparkke at the Whitmore’s star, Emma McCaskill) to deliver an ambitious menu that goes well beyond the usual pub or brewery food. We can’t wait. 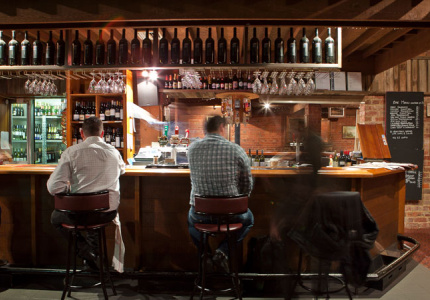