In front, it'll be a no-bookings pizzeria serving slices until 3am. Out back, a dark, moody cocktail bar with an entirely off-menu menu. And unsurprisingly, they’re calling it Leo’s. 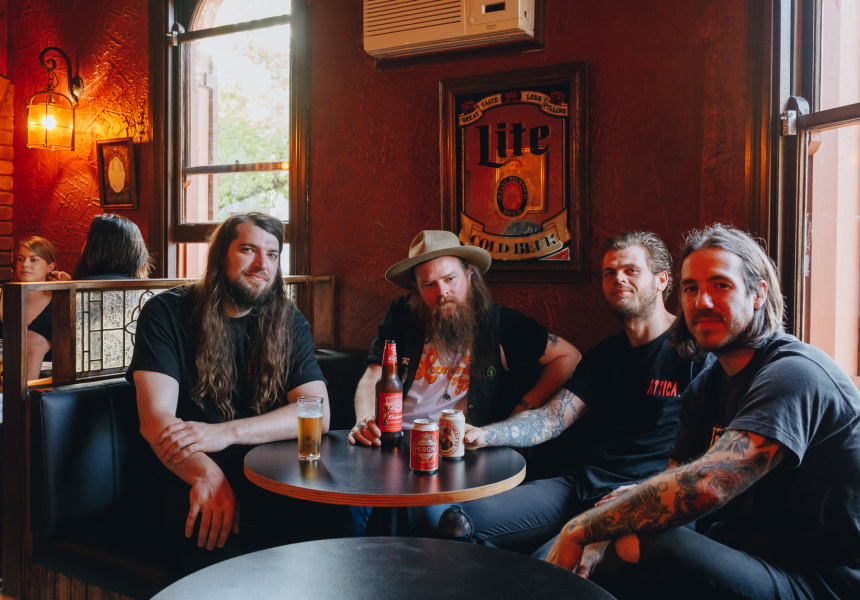 The announcement of Leo’s by the Slice means a mammoth U-turn for the old Ramblr site, home of the now-closed casual fine diner that opened two years ago on Chapel Street and closed in early March.

Now, the same crew – Nick Stanton, Guy Bentley, Mark Catsburg and Jon Harper – is opening a NYC-style pizza joint with a dark and moody cocktail bar out back. It’ll be more in line with the team’s other venues, Carlton’s ’70s-inspired pizzeria Leonardo’s Pizza Palace, and South Yarra party bar Leonard’s House of Love.

“Lots of skaters go there,” Stanton says. “They do this meat pizza with sausage, bacon and pepperoni, and it had the best dough. It was so incredibly good. But it’s not even the food. It’s the fit-out, the design, the way they operate, it’s something we don’t have in Australia.

“I’m also trying to get to all these places that’ve been here since the 1950s. We want [Leo’s] to feel old, like it’s been there for a while.”

The tiny pizzeria will serve takeaway slices for around five to seven dollars each, with room for 10 people ("maybe 15") to eat in.

“It’s going to be super small, so we want it to be super tight and really fun, with really fucking exciting, tasty dishes. Just a few of them,” Stanton says.

It’s early days, but there’ll be supreme, a pepperoni, and cheese pizzas on rotation, a couple of vegan pizzas “with real vegetables, not mock meats and or any of that shit”, and a few salads.

Wine-wise, it’s low-intervention and natural drops all the way – old Ramblr DNA carried over – with a focus on Aussie winemakers. “Get a beautiful chilled red and it’s incredible with Italian-style food,” Stanton says. “It’s the kind of wine you can drink all night, too.”

Out back, a dark and moody 30-seater bar will serve a super short, tight list of cocktails, a few tinnies and an “off-menu menu”.

“It’s not going to have that whole gimmicky hidden-bar-out-the-back vibe, there’s nothing secret about it,” says Stanton. “We want it to be a fun, dark bar, the music’s going to be loud, it’s the kind of place you go to for a really good time.”

Diners can bring a slice in from the pizzeria, but get chatting to the bartender and you’ll find three or four off-menu items such as Clams Casino (clams baked with butter, breadcrumbs and bacon), spaghetti al Pomodoro and some snackier plates. Ramblr’s famed fried Moreton Bay bug sando might reappear in time too.

“If you go to a small bar, and if it’s done right, you can spend all night there,” Stanton says. “That’s what we’re going for. We don’t like to be known as the people who only create a party vibe, we just want people to go there and have the option, so they feel like they can party if they want."

The bar and pizzeria will close at 1am, then a pizza window will serve slices until 3am.

Leo's by the Slice will open at 363 Chapel Street, South Yarra in late July. 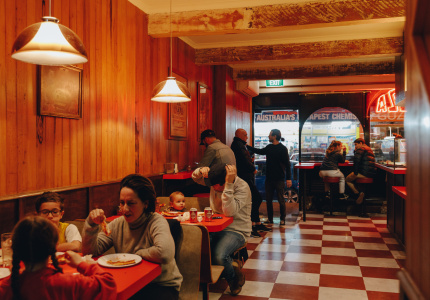