There might not be buxom German girls with braids and corsets, but there is cold lager. Here’s our guide to celebrating Oktoberfest in Melbourne. 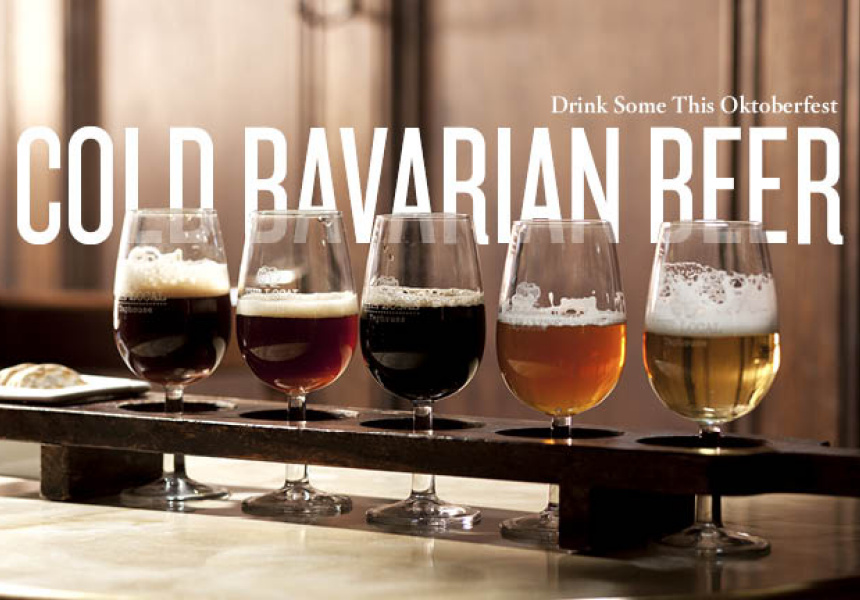 Every year on the second weekend in October, Melbourne’s German enclaves come alive for Oktoberfest. It’s here again and what a wonderful excuse to gather up your friends, enjoy the finest German lagers and immerse yourself in one of Germany’s longest standing traditions. But before you fill your first one-litre glass, we think it’s best that you read the Broadsheet guide to Oktoberfest.

Oktoberfest originated in Munich, with the royal marriage of Prince Ludwig and Princess Therese of Saxe-Hildburghausen in 1810. Citizens of Munich were invited to attend a celebration in the gardens in front of the city gates. It was a memorable day, celebrated by the whole of Bavaria with the finest German food and beer. Today in Germany, the festival is still named after that beautiful princess. They call it Wiesn and it’s held every year from September 21 until October 6. Whether you’re drinking on a long table in the backyard or at the local German tavern, Mathew Bax from Der Raum in Richmond says there are a few rules every Oktoberfest participant should follow. “Any helles or lager beer will do, but not pils,” he says. “No wheat beers either and the beer must be Bavarian.”

Here’s a few places we recommend stopping by for a cold one:

Hofbrauhaus
One of Melbourne’s most iconic German restaurants, Hofbrauhaus, is hosting festivities every night until the October 14.
hofbrauhaus.com.au

Der Raum
Long considered by many to be the country’s best cocktail bar, Der Raum has a diverse range of German beers available all year round. The German themed bar is an ideal place to congregate with a group of friends on Sunday.
derraum.com.au

German Club Tivoli
Club Tivoli is the most authentic German experience in Melbourne. It’s been a part of the community in Windsor for more than 150 years. On Sunday October 13, they’re hosting their annual Oktoberfest party with folk dancing, food stalls and live music.
germanclubtivoli.com.au

The Local Taphouse
Heavily influenced by European taverns of the 1930s, The Local Taphouse is a hub for beer specialists and those with a taste for variety in their pint. This Saturday they are hosting a huge Oktoberfest celebration with a range of German beers on tap, schnitzels and thigh slapping entertainment.

Red Hill Brewery
On October 13 and 14, Red Hill Brewery are teaming up with Phat Brats (link) and serving five German beers including Kolsch, Hefeweizen, Weizenbock and Sticke Alt. The crowd at Red Hill Brewery choose their beers carefully, and this year they’re all selected to compliment the delicious hot dogs from Phat Brats.
redhillbrewery.com.au

Otway Estate
If you’re planning on heading out of town next weekend, it might pay to visit the Otway Estate. Along with their own delicious handcrafted summer ale, Prickly Moses, the Otway estate brings in a selection of dark German beers every year for Oktoberfest. It’s on this weekend.
otwayestate.com.au

Bridge Road Brewers, Beechworth
Along with a traditional selection of German beers, you can also sample some of Bridge Road Brewers’ own creations next weekend. There will be live German music, German food and staff in lederhosen.
bridgeroadbrewers.com.au

If you’re entertaining on Sunday, serving cold Bavarian beers is a must. We recommend Lowenbrau, Hofbraeu or Augustiner. Roast Chicken is the most common accompaniment to the heavy German beers. If you put it on when the guests arrive, the skin should be crispy by the time the second litre is finished. In Germany, drinkers often pair their beers with Lager Brezen (salted pretzels). Pick up the lager from Slowbeer – they have one of the largest selections of German beer in Melbourne. slowbeer.com.au 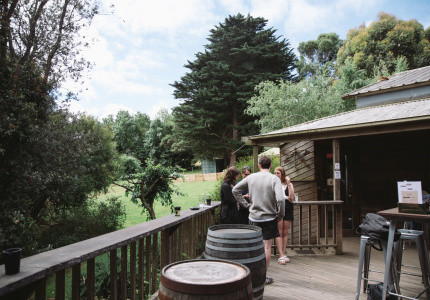