Bulletproof coffee had us adding butter to our long blacks. Now baristas are dosing orders with coconut oil and tea extracts in the name of better health. But does the science stack up? 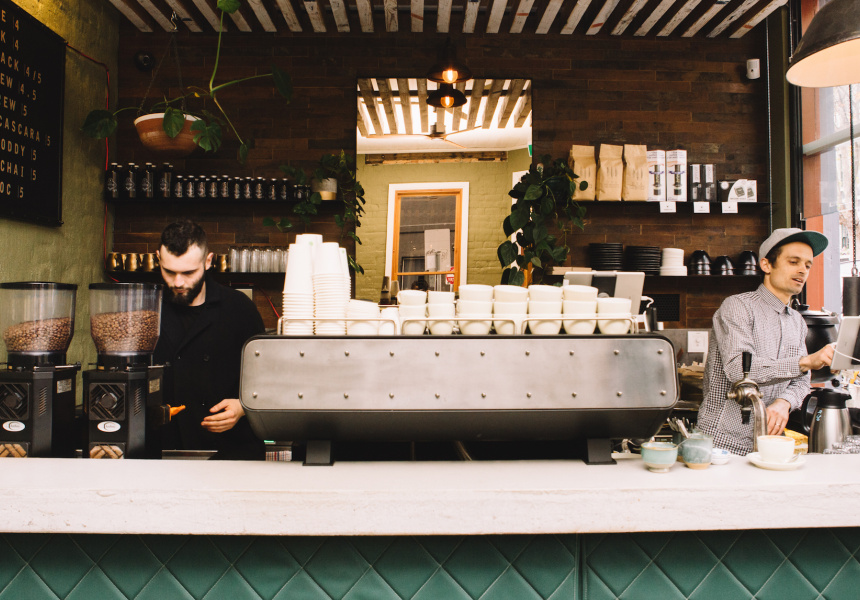 Nootropics – sometimes called “smart drugs” or “brain vitamins” – are drugs or supplements that promise a range of positive perks. Some hone brain functions such as memory and focus. Others claim to increase creativity, burn fat or aid sleep. Now, they’re being used to power up your morning coffee.

Collingwood cafe Plug Nickel has a standalone menu for its “Neutropic Elixirs”, which are made with MCT oil. Co-owner Chris Graham claims, “With a careful ratio of MCT-to-espresso, the coffee drinker experiences increased energy, focus and attention, while mitigating the side effect of anxiety sometimes experienced with caffeine.” Plug Nickel also uses MCT to improve taste. “MCT oil has a pretty neutral flavour, but when emulsified through a beverage it adds a creamy and buttery mouthfeel,” Graham says. He adds that those looking to avoid dairy may be keen to give it a try. “We consider it a milk replacement or enhancer.”

Up the road at Terror Twilight, operations manager Kieran Spiteri is spruiking similar additives. There’s some debate over who was first-to-market with the idea. “We released a coffee and upgraded it with what we call a ‘Mind Mix’,” Spiteri explains. The blend combines MCT oil and L-theanine with Alpha GPC (choline) and taurine (a stimulant also found in Red Bull). “Alpha GPC is great for focus,” he says. “I recommend it if you’re tired or have a lot of work to do for the day… [and] pre-workout it’s awesome.” Spiteri reckons this “stack” (supplement blend) irons out the negative affects of caffeine while keeping you alert. “Because it’s tasteless, you can put it in any coffee, but predominantly we serve it in batch brew,” he says.

Graham was turned onto MCT while on a ketogenic (high-fat, adequate-protein, low-carbohydrate) diet. He began delving into online information – including a fitness podcast – to find out more, and ended up adding MCT to the menu. He and Spiteri agree nootropics are most popular among their health-conscious, gym-membership-holding clientele.

All this started with American cloud-computing pioneer Dave Asprey, after he took a trip to Tibet and drank yak-butter tea. After a period of experimentation, he posted a recipe to his blog for “Bulletproof” coffee, containing butter and MCT oil, in 2009. He claims the mix improves brain function and promotes weight loss by triggering ketosis. It’s been much hyped in gym and wellness circles ever since, and Asprey’s company, Bulletproof 360, raised US$19 million from investors last year. Like nicotine and the narcolepsy drug Modafinil, caffeine is already a nootropic – one that’s used regularly by billions of people. If it can be further enhanced, why wouldn’t we go for it? Who doesn’t want to be a superhero?

Nutrition scientist Dr Emma Beckett has looked at MCT and other potential nootropics in some depth and believes studies supporting their benefits are often misrepresented. She says much of the evidence is purely anecdotal. “Most of the scientific research is looking at high-risk groups like, say, old people who already have, or are at risk from Alzheimer’s disease.” Because this group saw benefits from a particular stimulant, doesn’t mean a normal, healthy individual will. The same can be said for studies where MCT oil is used in the treatment of people with epilepsy or ADHD. “The argument that a stimulant makes you focused is oversimplified,” Beckett says.

Tests on healthy subjects have been done, but they’re what’s known as “low-level evidence”, as they’re based on an inadequate sample size. “You need to consider the whole body of data,” Beckett says. “Most of these agents come out as ‘no effect’, especially in the case of regular, healthy people.” Beckett is also keen to alert people to the make-up of MCT oil. A one-tablespoon serving contains 100 calories and 14 grams of saturated fat. “You’re going to go close to your recommended daily intake [of saturated fat]… with that one coffee,” she warns. Without reducing fat elsewhere in their diet, regular users may expose themselves to high cholesterol and heart disease.

Beckett says that, until hard scientific data is available, she’s filing nootropics under “fad”. “Remember in the ’80s and ’90s when everyone was into ginseng and ginkgo biloba? These are the two-thousand-and-teens version of that,” she says. If your energy levels are dwindling or you’re having trouble focusing, it’s probably better to visit a nutritionist or other dietary specialist than look for a temporary fix from your barista.

Be it the power of persuasion, community or just positive thinking, Beckett believes most of the benefits felt by users of coffee nootropics are psychosomatic anyway. “Maybe I shouldn’t ruin it for everyone, as it might work for some people,” she says. “But for me, things like this are a problem," she says. “It makes people think having a good diet is expensive and, ‘I can’t do it because I can’t afford these supplements’ or ‘I can’t get to these cafes’… that’s dangerous.”