Three Australian brands under the one cardboard roof come together for the world’s largest music festival this week in Austin, Texas – South by Southwest (SXSW) – to drink coffee and eat Tim Tams. 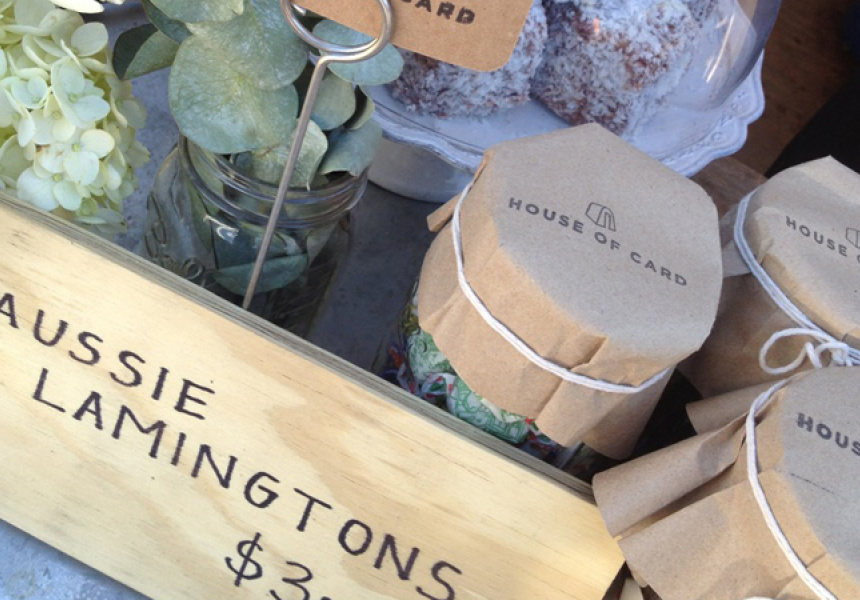 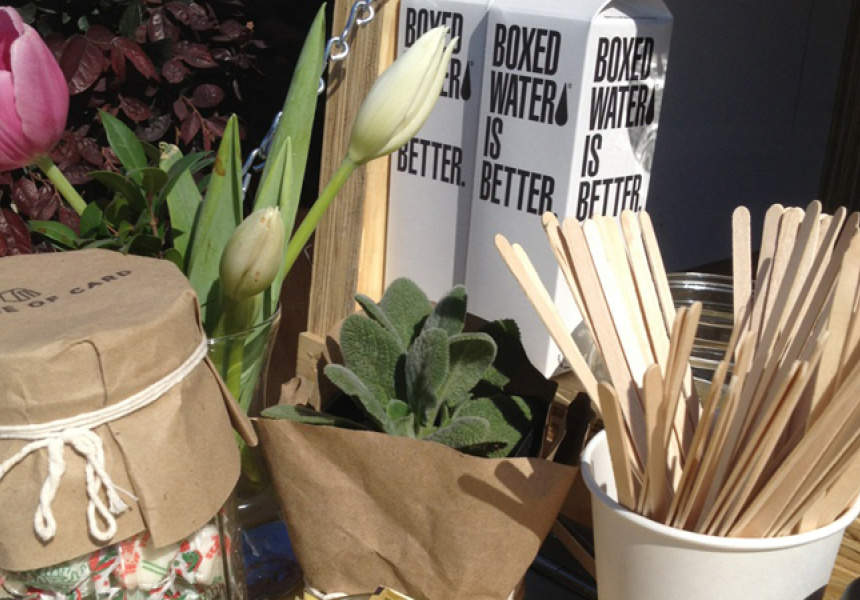 Georgia Hopkins is one of many Australians living in California doing inspiring, creative stuff that is not ‘in the industry’ – she’s neither an actor, producer nor screenwriter. With more and more people discovering that there’s more to LA than pilot season and plastic surgery, the city is thriving with subcultures spanning the sustainability movement all the way to diverse public art initiatives.

Melbourne-born Hopkins lived in LA for just over a year (she now resides just north, in Santa Barbara) and is launching an exciting new pop-up concept in the form of temporary architecture – House of Card.

Originally developed by Peter Ryan of Per Architects in Melbourne, the cardboard houses were designed for use as disaster relief housing. Using completely weatherproof cardboard, they are fire and water-retardant and have been tested to withstand the harshest cyclonic conditions.

With their sustainable materials, including recyclable cardboard, plywood and shipping pallets, the houses can be further protected with polycarbonate sheeting (less lethal than corrugated steel), tarpaulins and even old advertising billboards.

Hopkins was instantly attracted to the structures’ clean aesthetics and green credentials, but it wasn’t until she had relocated to LA that the creative juices began to flow and she starting working on House of Card. “I thought there was a good opportunity to do something with them in California, firstly because of the climate, but secondly [because] everyone here does put a lot of value on green and sustainability.”

A self-confessed foodie and coffee junkie, Hopkins had always wanted to launch House of Card as a “collab” with a coffee brand, largely because there is such as opportunity to push good coffee in the States.

“I had this idea that I could set up the House of Card as a pop-up coffee house for a couple of months in LA, then move it to New York for the summer, down to Montauk in the Hamptons.”

Then, serendipitously, an opportunity arose via export initiative Sounds Australia. Sounds Australia was looking to do something different at Austin’s South by Southwest (SXSW), the world’s largest music, film and interactive festival (March 8–17).

To make it happen, Hopkins had to find an Australian coffee brand to join in the mix, so she approached Mark Baird of LA-based Longshot Coffee. “Longshot are doing the coffee and Sounds Australia are using the cardboard house to promote their new mobile phone app, so together we’ll be showcasing Australian brands and design.”

Naming their house popupdownundercoffee, the trio have taken up residency in the festival’s new gourmet food truck precinct, Southbites, along with 15 other food vendors (they are only coffee supplier). To keep with the Aussie theme, Hopkins is selling lamingtons and Tim Tams.

“I have been introducing everyone to the ‘Tim Tam Slam’ – dunking the Tim Tam into a hot coffee – to let the centre melt a little and then sucking up the chocolate centre, with a hit of caffeine as well!” she tells from the festival. “Lamingtons are also running out the door thanks to Chris Rendell, an Aussie chef based in New York.”

And with 48 Australian music acts performing at SXSW this week, popupdownundercoffee will get each of them to produce a design or drawing on the side of the cardboard house. Says Hopkins: “We are also getting our hands on a Australian Triple J Unearthed play list and look forward to cranking some new and Australian music!”

Although she hasn’t ruled out doing something with the houses in Australia, it feels appropriate for the launch to be happening in the USA. “I love Sydney and Melbourne, but right now I feel there is so much opportunity here, particularly in California, where there is such a creative energy. Everyone is so encouraging and supportive.”