Thankfully the wholesale arm of the business will remain open. One of the west’s favourite cafe spots, Cobb Lane Bakery, has been forced to close. Which might come as a surprise to regulars who flocked to the Yarraville cafe for its doughnuts and speciality loaves, making it a consistently busy day spot.

“Basically, it wasn’t making money is the short story. We’ve got the wholesale arm of the business, which is a good business, but the shop was sucking away all the profits,” says owner Matt Forbes.

Eventually juggling rising costs with what Forbes considered an appropriate price for his product became too much.

“Everything keeps going up constantly. There’s only so much you can charge for a coffee … a slice of toast,” says Forbes. “We were already at the higher end of the price bracket. How much can you charge for a loaf of bread before someone goes over the road to the supermarket?”

He cites staffing costs as the primary reason for the closure of his business.

“The hardest thing is staffing and it’s always going to be the most expensive thing. You can’t underpay people, you can’t get away with it. You have to pay people what the government [says] you have to pay them. There’s just a certain number of people we had to employ on a day-to-day basis to provide the service we wanted to,” says Forbes.

Thankfully for existing fans and those yet to try the products of one of Melbourne’s best bakers, the wholesale arm of Forbes’s business is still thriving. You can pick up bread at a few markets around town including every Saturday at the Fitzroy Mills Market. You can also find its products at many cafes including Dukes Coffee Roasters, Square and Compass and Forbes’s first customer, Cup of Truth.

Forbes has a message for everyone who has supported his business.

“We had to let people go that had worked for us four and a half years. So I just want to say a huge thank you to those who contributed, customers or staff. I love them, dearly.” 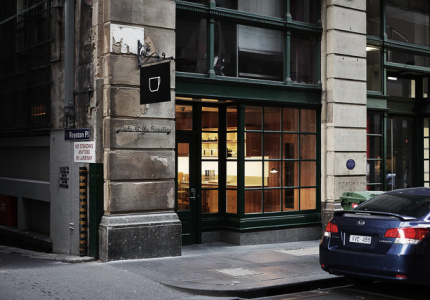