Chin Chin Cookbook on the Way

If you can’t get in at Chin Chin, you can now give the bustling eatery’s Thai-influenced fare a crack in your own kitchen. There’s just a bit of a wait. 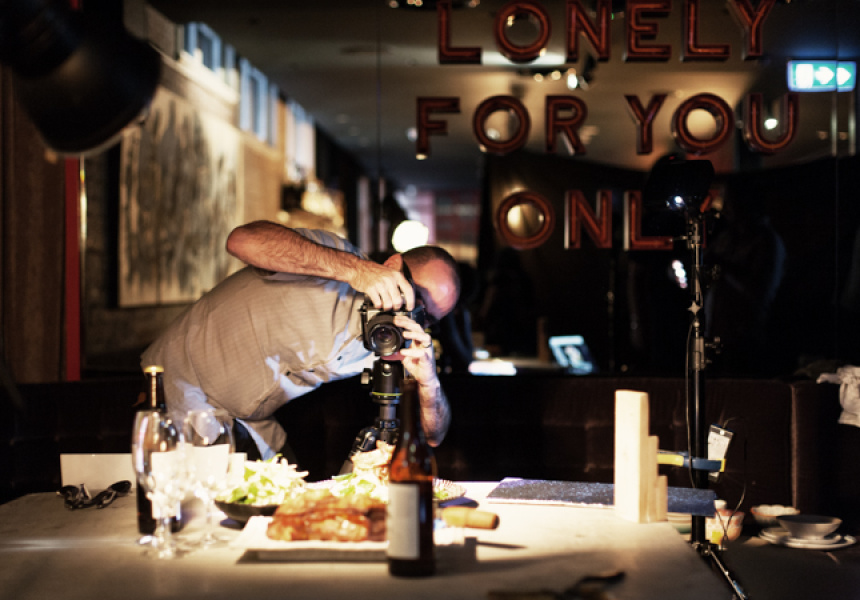 The restaurant with no bookings is finally getting a book. Chin Chin, one of Melbourne’s favourite eateries, is giving its fans a chance to bring a little bit of the street into their own kitchens, with an independently published, yet to be named cookbook planned for release in October this year.

As with everything Chin Chin does, the book is sure to be something out of the ordinary. Reflecting the personality of the restaurant, word has it that the book will be frenetic, full of personality, light-hearted and fundamentally grounded in great food. It will also come as no surprise to those familiar with the establishment that its literary offshoot will prove no less fashionable – beautiful photography by Adrian Lander and comic art from Sacha Bryning mean that you can pretty safely judge this book by its cover.

While it will feature some dishes from Chin Chin’s classic, much-loved menu, this is a cookbook that is very much about cooking and getting your hands dirty. It belongs in the kitchen, not on the coffee table. It will revolve around Thai food at home, complete with suggested banquet menus and “hacked versions” of Thai classics that allow even novice chefs a chance to produce mouth-watering flavours. Additionally, the book will serve to document the philosophy and history of the Chin Chin brand, ultimately aiming to present Thai food as approachable, practical and accessible.

Like the restaurant itself, this production will be all about great food, with the crucial lesson that you don’t have to take yourself too seriously in order to enjoy it.

At this point, the team are tinkering with the recipes, working on the stories that will fill it from cover to cover and photographing the dishes against the backdrop of the restaurant itself. Books will be available for pre-order soon enough, but in the meantime, head down to Flinders Lane and get your palate accustomed to the flavours that will hopefully be coming from your own kitchen come October.

Our photographer Brook James went behind the scenes of Chin Chin’s recent food shoot for the cookbook. Pictures above.

Chin Chin: The Book is now available for pre-order. To purchase, click here.