In the first of a series on chefs and their influences, we wander around the Prahran Market with Nicky Riemer of Richmond’s Union Dining. 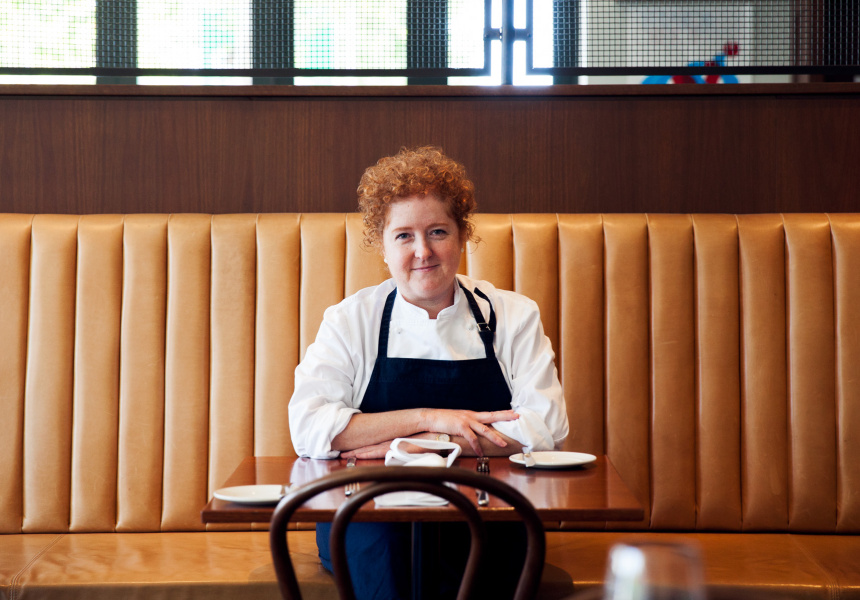 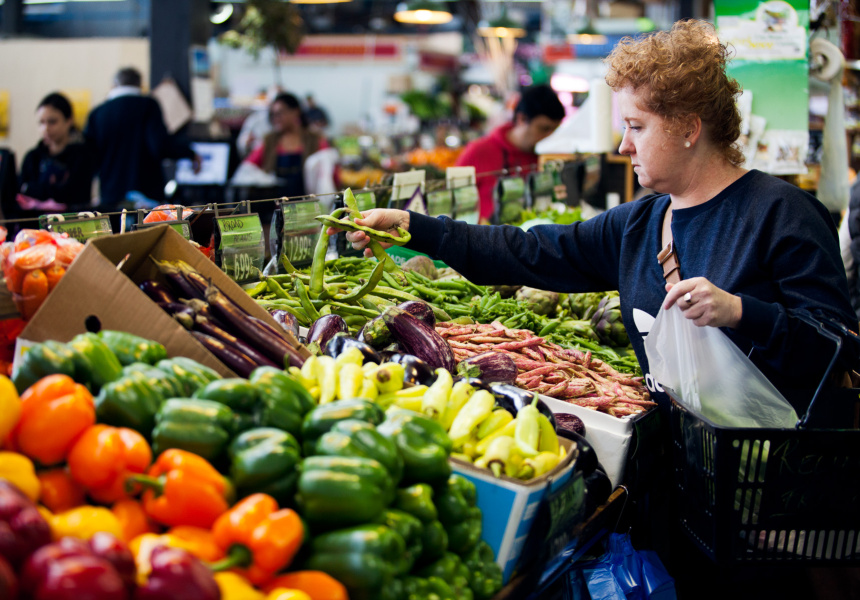 I’m in the Prahran Market with chef Nicky Riemer, from the restaurant Union Dining in Richmond. I’m expecting to be standing over counters of whole fish and spindly crab legs; haggling prices, talking cuts of meat and getting tips on preparing artichokes. Instead, I’m standing at a flower stall wondering about Australian flora. “I love waratahs,” says Riemer enthusiastically.

Riemer started doing the flowers in the restaurant she co-owns with friend and front-of-house manager Adam Cash when they weren’t happy with the florist doing the job. “I didn’t know a thing about flowers,” she says laughing, “and was too scared to ask for help for a while.” After asking questions, and having received the right tips, she confidently scans the selection of blooms and chooses leaves, reds, oranges, yellows and white to dress the room she opened with Cash in 2011.

“When you walk into a restaurant you want it to feel special, and I think fresh flowers do that better than anything else,” she says as we head back to the restaurant where she’ll sort the flowers into vases while overseeing the prep in the kitchen before a busy Friday service.

Riemer has been a chef for 20 years, starting her apprenticeship at the Melbourne Airport Travelodge. “I was 22 and that was old to be starting out, but I wanted to give it a try.”

She ended up working in the kitchen with Stephanie Alexander for seven years, initially at Stephanie’s in Hawthorn and then as head chef of Richmond Hill Cafe & Larder when it opened in 1997. She says this gave her a foundation of solid training in French and Italian cuisines – which is evident in her cooking at Union Dining. It’s at Union that her love of European technique shines through; dishes such as liverwurst with golden raisin jam and baguette toast and the agro dolce Ortiz anchovies can’t leave the menu. “There’d be a revolt,” Riemer says. It’s this foundation and her love of the seasons that sees most of her menu evolve throughout the year, always with a nod to smart technique and what’s good at the market.

Riemer says the other chefs she worked for who influenced her most, after Alexander, are Cath Claringbold at Mecca Bar and Karen Martini when she was at The Melbourne Wine Room. “I’ve nearly always worked for women,” she says, “And I think that’s helped me in how I run my own kitchen and look at life.”

But as ordered and determined as her life is now, Riemer hit some bumps in the road on the way to owning her own successful business. In the mid 2000s she was head chef at Langton’s on Flinders Lane, which is now Cecconi’s Restaurant. “The owners told me they were selling the business so I needed another plan,” she says. Riemer took a job as head chef of H One restaurant in Hong Kong.

“I got cocky around this time,” she says, “and thought I could do anything.” And while she was more than capable of running a busy kitchen in another country, the next 12 months threw curveballs. “Culturally it’s very different in Hong Kong, and the older members of the kitchen brigade found it very hard to take orders from a woman.” She was told by, “a young male chef” that he couldn’t respect her because she wasn’t married. “I told him we needed to talk and took him outside and explained to him that he had to respect authority regardless of gender.” She says she and the staff member never really clicked, but she didn’t give up just because of the attitudes of others.

Determined to make it work, Riemer kept doing her job, six-days a week from 9am to midnight. "I did that solidly for 10 months and while it was physically demanding, I could cope.”

She found she missed having a strong network of people around her to talk to and support her. “I left Hong Kong with a better appreciation for the network I had in Australia, more respect for the industry here and with an awareness of the importance of sticking up for yourself, particularly if you’re a woman.”

But the transition to home wasn’t completely smooth. She had a few stop-starts with work, a stint at Bourke Street’s Bottega Restaurant and she set up Trunk on Exhibition Street. “I wasn’t at my most confident when I got back,” she says. “I was finding where I fit in again.” She then took a job at St Kilda’s Melbourne Wine Room with Karen Martini. “I got my groove back and could refocus on what it was I loved about food, and the generosity it brings.”

Now she runs her own kitchen on her own terms, in a restaurant where she and Cash have created a welcoming, comfortable and professional operation. “I run a calm kitchen,” she says. “I’ve been told I’m too nice and my kitchen is too polite, but I’ll be damned if I believe that.”

She enjoys mentoring young female chefs, “Maybe there are women out there who feel they need to rely on somebody, but I’m big on encouraging young women to push themselves to be who they want to be.”

Back at Union Dining, she’s just about finished the flowers. She checks them carefully before she starts to place them around the dining room. She brings up a cooking demo she’s doing on the coming weekend and her face lights up as she describes the dishes she’ll cook: “Artichokes are wonderful at this time of year.” It seems I’ll get those tips on preparing artichokes after all.