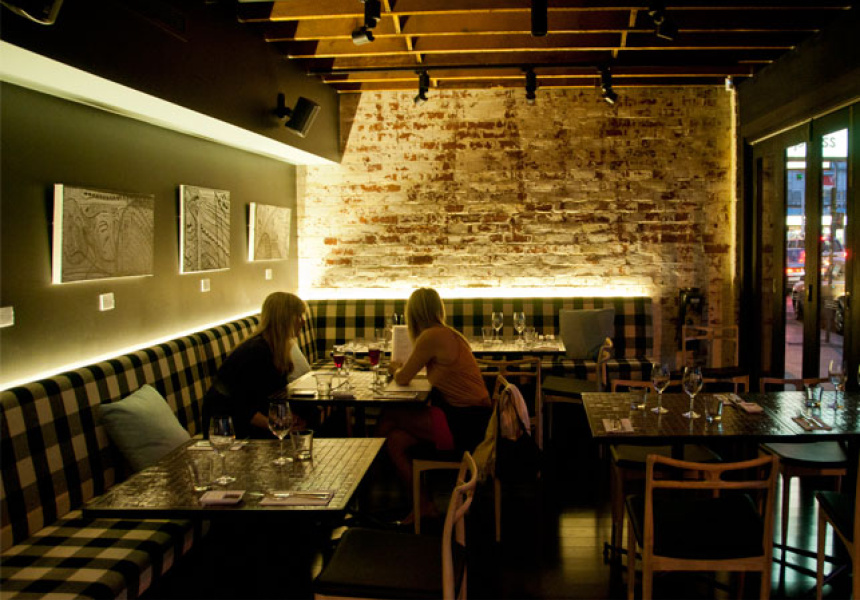 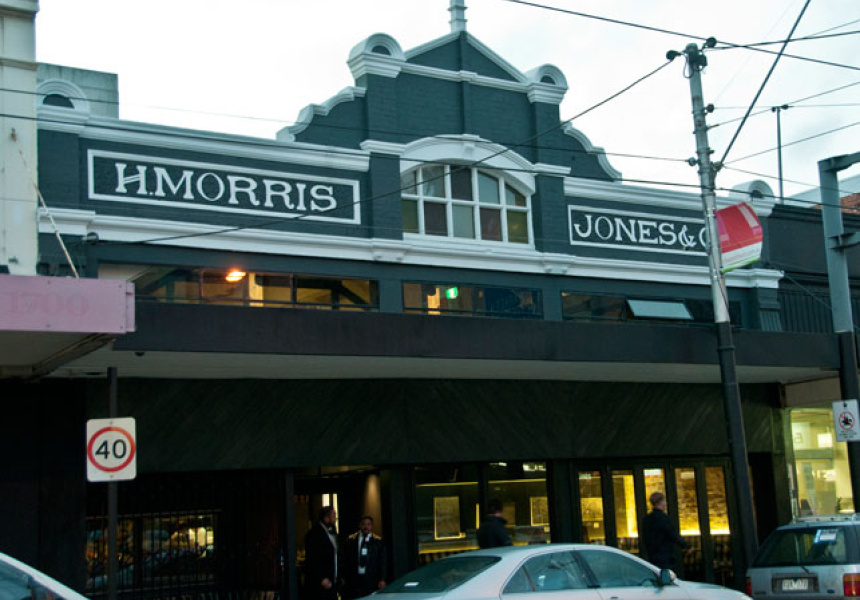 One thing missing from the Windsor end of bustling Chapel Street is a serve of sophisticated but casual drinking and dining.

This is the task undertaken by Hoo Haa’s Paul Kasteel and business partner Hayden Burbank, with the opening of their new bar and restaurant Morris Jones. The name references the building’s heritage, once furniture store H. Morris Jones, as evidenced by the original signage on the exterior façade.

The architectural team from Russell & George (Attica, St Jude’s Cellars) has revamped the enormous space to create several drinking and dining areas across two levels and an outside courtyard.

Featuring a modern French-influenced menu consisting of small and large cocottes (a fireproof dish in which individual portions of food are cooked and served) filled with everything from rabbit and veal meatballs to snapper pie, as well as a wood grill to prepare four different cuts and styles of steak.

Currently only open for dinner and supper, Morris Jones will soon open for lunch (salads, sandwiches and a few short order meals), with plans to open for breakfast in about a month.

The space also boasts a wine list from Australia and France, as well as Allpress coffee for those after a caffeine hit, perhaps in their cocktail. This is sure to be the fresh new watering hole for Chapel Street locals, luring night time crowds that frequent venues like Fog, for the moment anyway.