The Chai’s the Limit

We visit the gentlemen behind Prana Chai at their small Bentleigh factory to talk real masala chai, healthy living and sharing the love. 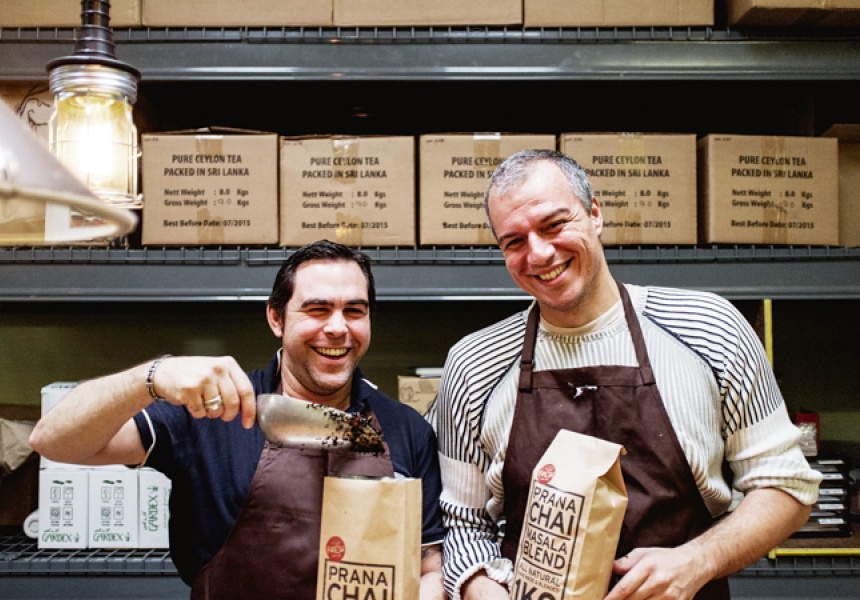 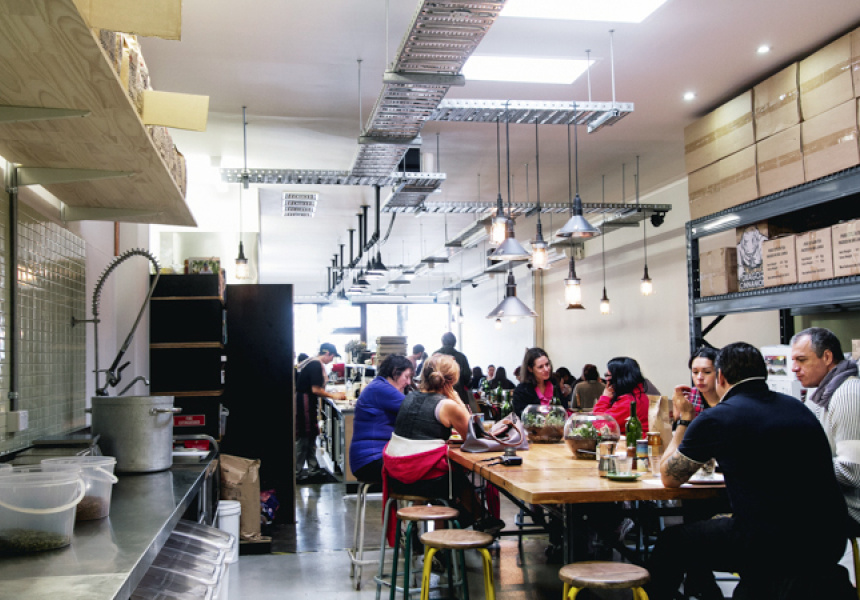 A converted old $2 shop in Centre Road, Bentleigh might not spring to mind as the ideal place for the production of traditional chai tea based on ancient Indian ayurvedic techniques. But wander to the back of The Merchant’s Guild, a bustling cafe that recently opened up shop on the suburban strip and you could be forgiven for thinking you’ve been transported to a traditional tea house in the colourful backstreets of Mumbai.

Surrounded by the playful shouts of energetic rug rats and the chatter of latte (and increasingly, chai) sipping patrons, best friends and co-owners of The Merchant’s Guild, Mario Minichilli and Vincent Conti – plus third musketeer and chai partner Koray Gencel – operate the factory and office of Prana Chai, the boutique chai tea label they somewhat unexpectedly launched six years ago.

“I took off on a one-year journey with Minichilli and came back four years later, after travelling across five continents and 45 odd countries,” recalls Conti. “We first tasted real chai in Nepal and were struck by how different it was to the powder and syrup stuff we had tried. When I got home I spent a week blending, chopping and grinding different ingredients in the kitchen and using mum as a guinea pig before offering the blend to customers at Inkr7 [Conti and Minichilli’s first cafe].”

The carefully balanced liquid fusion of Ceylon tea, Australian bushland honey, cinnamon, cardamom, star anise, peppercorns, cloves, fresh ginger and salt was so well received that regulars began requesting take-home packets. In an attempt to further share the joy of masala chai, Conti approached a number of cafes and began personally delivering orders packaged modestly in clear zip lock bags to around 30 stockists each week. It was a spontaneous invitation from Vincent to a regular Inkr7 customer, Gencel, to accompany him on one such delivery run that led to the business and marketing guru joining the business two years ago. “Every store we went into that day, people were excited to see Vinnie and kept saying, ‘the chai guys are here!’” recalls Gencel.

Now filling the shelves of over 200 stockists nationwide, the tea is still prepared by hand at the cafe, where the boys assemble between the crazy hours of 5pm and 2am when the rest of the suburb sleeps.

The chai ingredients are crushed up (rather than ground, as is often the case) before being pan roasted, which adds depth to the complex flavour of the tea. Fresh ginger and Australian bushland honey are then mixed in, a process which was initially performed by hand, making weight lifting at the gym a thing of the past for the trio. While admittedly old-school, this traditional process is imperative to the integrity of Prana Chai.

“The herbs and spices we use are centuries old and boast a multitude of healing properties – they stave off inflammation, fight free radicals and improve digestion. Beyond taste, it’s about sharing something we believe in with people in a positive way. Down the line, I’d like to take Prana Chai to the rest of the world,” says Conti of his hopes for a time when chai is as widely accepted as a drink of choice as a latte.

In these increasingly health-conscious times, why not? From Nepal and India to Bentleigh and beyond, this is a drink that, according to its three tea gurus, promises “only the good stuff”. Just like their flavoursome chai, this trio seems destined for greater things.