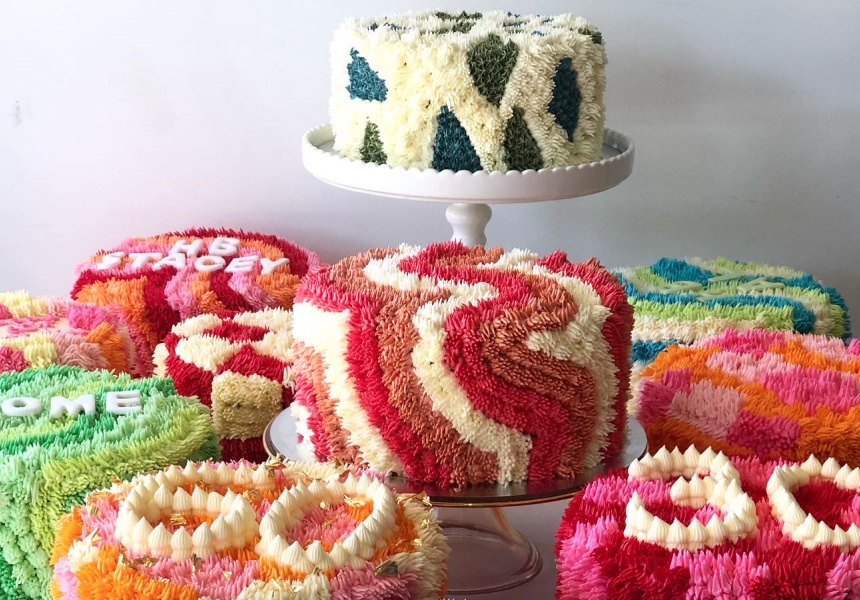 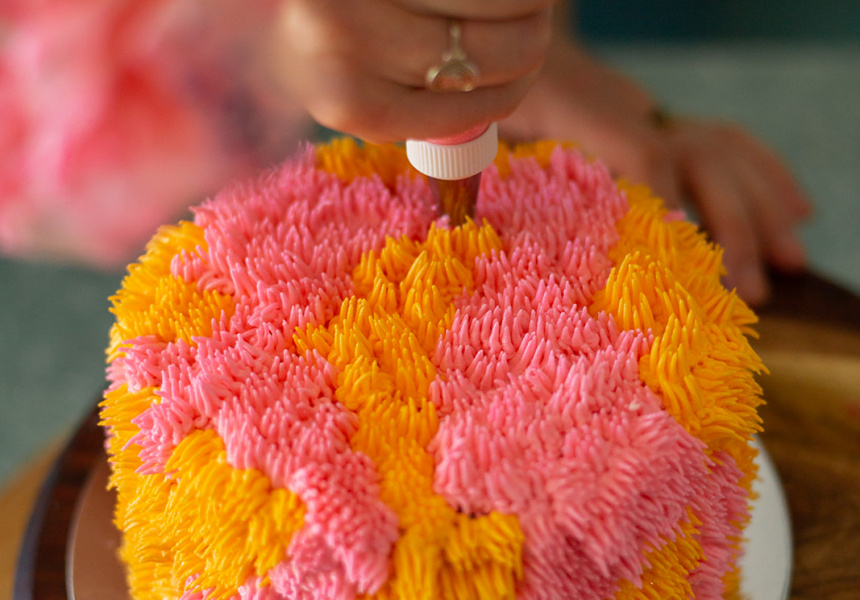 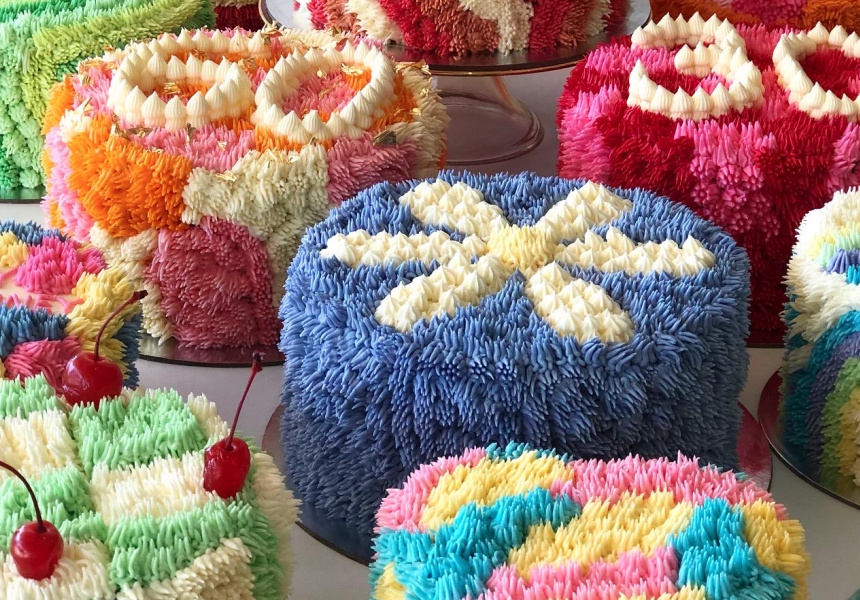 A raft of Instagram bakeries emerged out of Melbourne’s lockdowns – including one-woman show Digby Cakes.

The celebration-cake business was born on a whim one Saturday night in October, and it’s amassed more than 5000 Instagram followers since. “I received more than 40 orders in [the first] 24 hours,” says its namesake and founder, Louie Digby. “It was very overwhelming at the time because it was something I’d wanted for so long.”

Shortly after the launch, Digby quit her job as a film producer and turned what started as a lockdown hobby into a full-time operation. And before long, she moved production into Digby Cakes’ current home – an appointment-only shopfront in McKinnon.

The undeniable star of the show (and what helped Digby’s Instagram account gain so much traction) are the elaborate shag cakes. It’s a decoration style popularised by Los Angeles-based baker and designer Alana Jones-Mann, among others.

“Over the past three years I’ve been living in East London,” Digby says. “While I was there, one of my friends needed a cake for a thirtieth birthday and was sending me inspo – including a Jones-Mann shag cake. I decided to give it a whirl and ended up making hundreds of them in London. People really like the texture and detail.”

A quick Google search for shag cakes generates a plethora of colourful, buttercream-frosted desserts, designed to resemble the psychedelic shag rugs that were often a feature of 1970s homes. Similarly, Digby’s feed is filled with vibrant, handmade creations – including an intricate terrazzo-style shag with frosted marble chippings.

The baker has also tried her hand at a range of other styles – from retro cakes carefully piped with kitsch pastels and whimsical kids creations to cupcakes and even decadent, tiered wedding cakes.

Past flavours have included chocolate and praline crunch with choc-cream cheese frosting; vanilla chai with layered toffee; white choc and raspberry; lemon and poppyseed; and a chocolate Hobnob crumble – all custom and made to order.

And there’s more to come. During her time in London, Digby delivered baked goods – including cakes, cookies, brownies, pies and giant pretzels (including one stuffed with artichoke, spinach and cheese) – to her friends nearby. While they’ve featured on her Instagram stories, she plans to incorporate more variety into the Digby Cakes menu.

“As a 12-week-old business, my head is exploding with pipeline dreams,” says Digby. “In the short term, product variety is high on the list. I’d love to offer new cake flavours, cookies, tarts, pies, pastries – anything baked, delicious and beautiful.”