In the meantime, you can order six or 12 packs of crunchy, gooey “pastéis de nata” for pick-up or delivery. 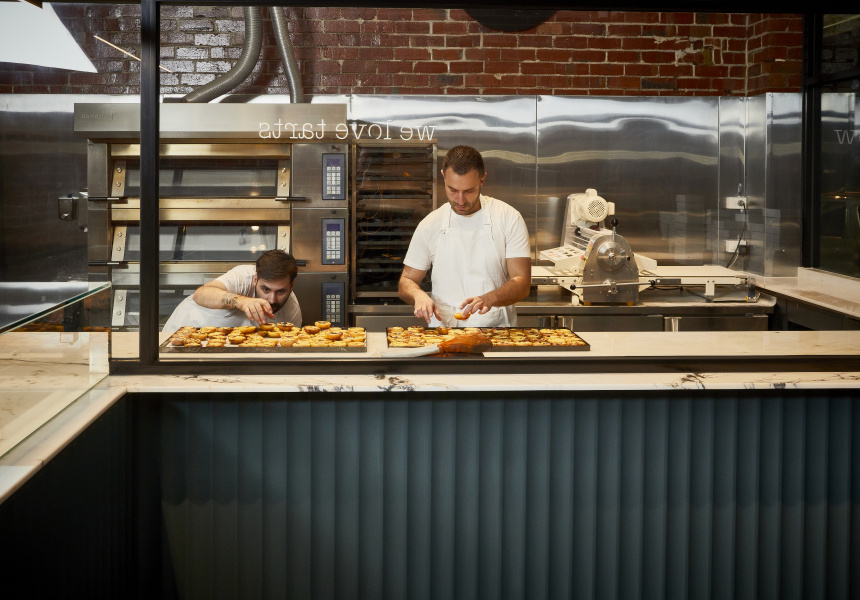 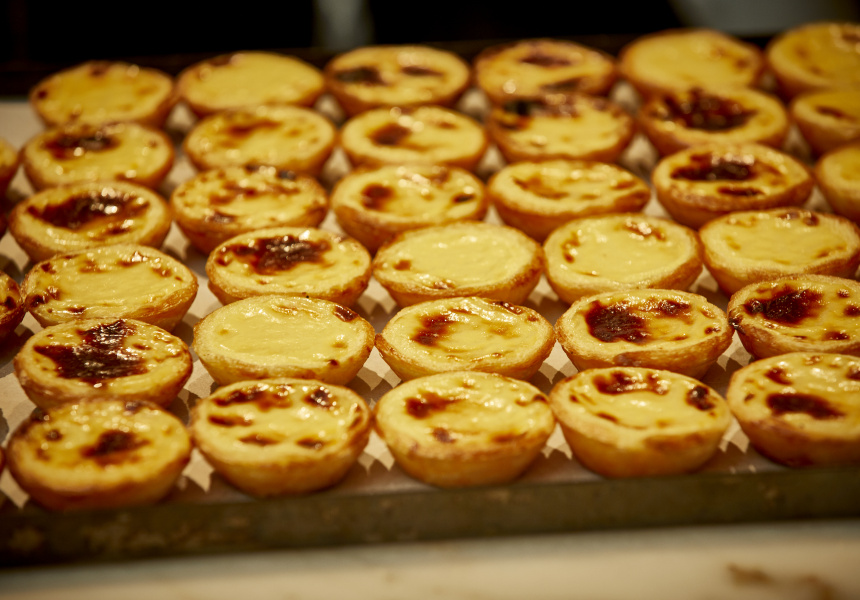 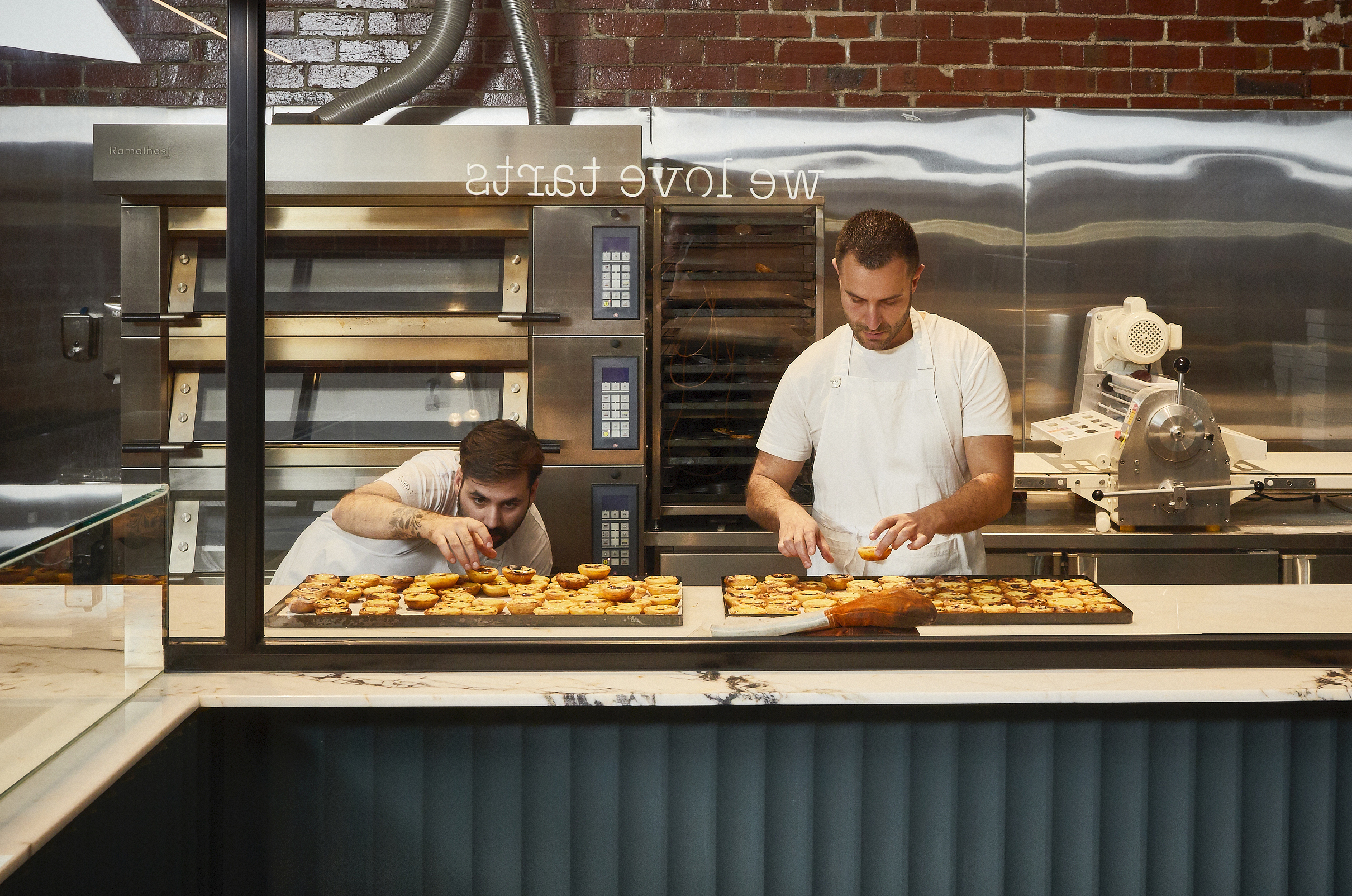 The slow arrival of an oven from Portugal, fit-out dramas, and an unexpected pandemic may have delayed Ruben Bertolo and Nelson Coutinho’s plans to open Melbourne’s first cafe devoted entirely to Portuguese tarts, but rest assured it’s still coming.

Casa Nata, which was meant to open late last year in a heritage-listed building on High Street, Thornbury, will now open next month.

There’s still no concrete date, but it will likely be around June 1, when the Victorian government plans to ease its restrictions on cafes and restaurants.

In the meantime, Bertolo and Coutinho have been busily prepping their space for customers and baking their crunchy, gooey pastéis de nata, otherwise known as Portuguese custard tarts, for pick-up and delivery.

While neither comes from a baking background, both owners are of Portuguese descent and spent a lifetime eating the tarts, which demand a delicate balance between flaky pastry and a soft (but not too soft) filling, before attempting to make them themselves.

In 2017 they made a trip to Portugal, where Portuguese pastry chefs taught them tart-making techniques. The popularity of their pop-up at Queen Victoria Market convinced them to open a permanent location.

“You have to get a crunchy pastry and at the same time you have to make sure you don’t overdo your custard, so it’s quite tricky to combine both elements together,” Bertolo says. Sometimes a window of as little as 10 seconds can make or break a tart.

“To nail it nail it, it’s been maybe three years in the making – it didn’t happen overnight. We know by looking at the way the custard looks and by the colour of the pastry as well.”

The store will specialise in tarts and coffee at first, but the pair may eventually add some other simple Portuguese bakery staples to the menu, such as a traditional toasted cheese sandwich.

An open glass-box kitchen at the front of the shop lets customers can watch the tart-making process – from when the pastry is cut till it leaves the oven – either in-store or through the window.

The number of seats will depend on government guidelines, but in the interim Casa Nata is offering staggered pick-ups between 9am and 1pm daily, and local delivery to Thornbury, Northcote, Preston, Reservoir, Fitzroy, Fitzroy North, Clifton Hill, Fairfield and Alphington.

“The community has been great and really embraced us,” Coutinho adds. “We’re very happy about that.”

Casa Nata will open at 846 High Street, Thornbury in early June, 2020. Order tarts online by 5pm for next day delivery.