After celebrating its first anniversary, the team behind Neighbourhood Wine has resurrected Alfonso Gangitano’s short-lived bar for upstanding citizens, the Sunset Club. 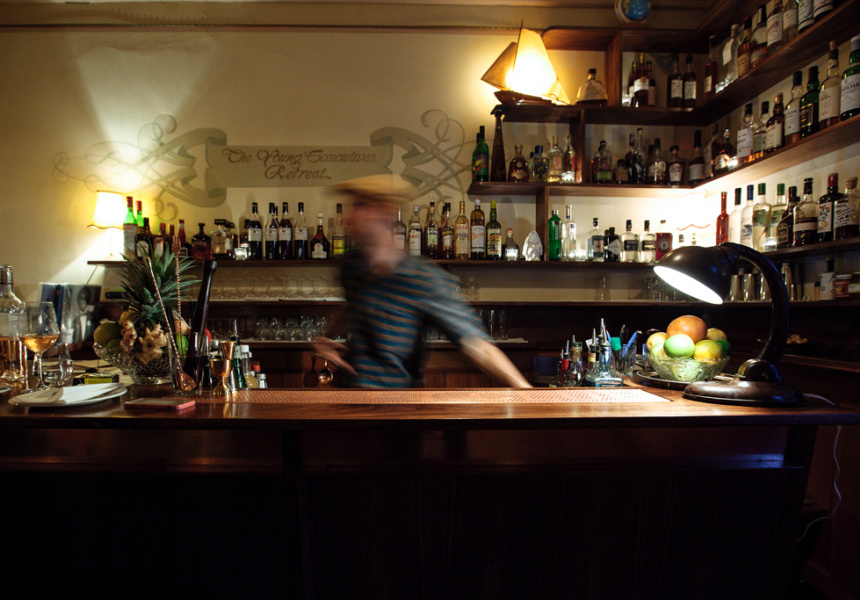 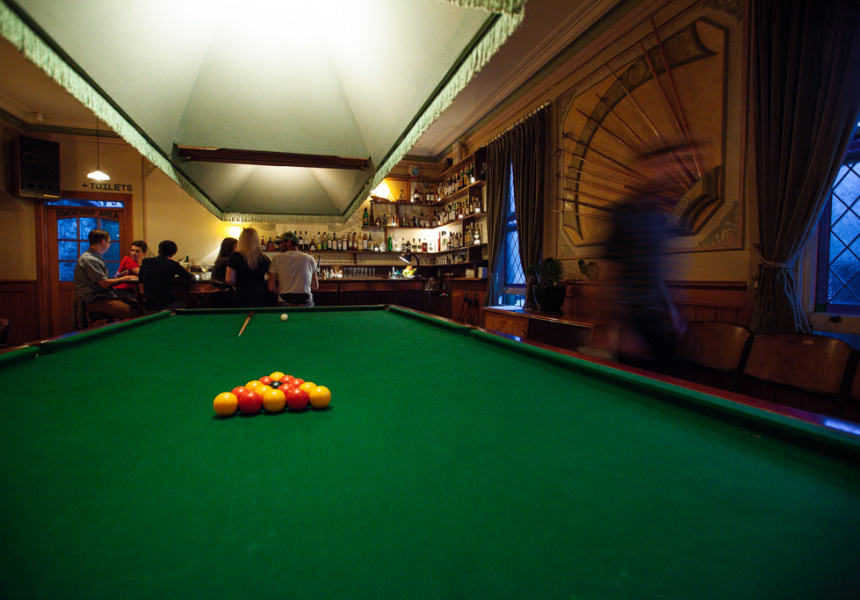 Back in the late ’80s, notorious gang member Alfonso Gangitano opened a private bar for businessmen and young executives – the Sunset Club. But, unfortunately for Gangitano and his mates, the Victorian Police took umbrage with the venue, it being what they considered an illegal casino, and shut it down within months. And so for 25 years there it sat. But now, the Sunset Club is back.

Brothers, Matt and Simon Denman, along with chef Almay Jordaan, cracked open the doors to Neighbourhood Wine a year ago on the site of the old Sunset Club, adding a unique wine list and a seasonal menu to Sunset’s original rococo design. And though they didn’t push the venue’s link to the Black Prince of Lygon Street (as Gangitano, member of the Carlton Crew, was also known), they’ve called their new cocktail bar by its original name.

The rationale behind the move was simple. “Obviously, with Neighbourhood Wine, the focus is on the wine,” explains Matt. “We’re pretty proud of what we’re doing with that and the list we’ve put together. But occasionally, people want straight booze.”

The trio has converted the billiard room at the rear of Neighbourhood into a stand-alone bar, serving cocktail standards and single-malt whiskies. “We’re not trying to do anything flash or crazy,” says Denman. “You wouldn’t call these guys mixologists or anything; it’s classic cocktails.”

A handsome new bar, crafted from American walnut and solid copper by Brunswick craftsman, Kyran Starcevich, was hoisted upstairs with a crane. A newly acquired, vintage Luxman turntable spins in the corner. And, of course, that enormous, slightly irritating pool table remains. “It’s the worst and the best pool table in Melbourne,” laughs Denman. “It’s good for business, because it’s clearly a two-drink table.”