A Cannolificio (Cannoli Bar) for the North-West

Head in for Oreo, Nutella and Ferrero Rocher cannoli – alongside classics. 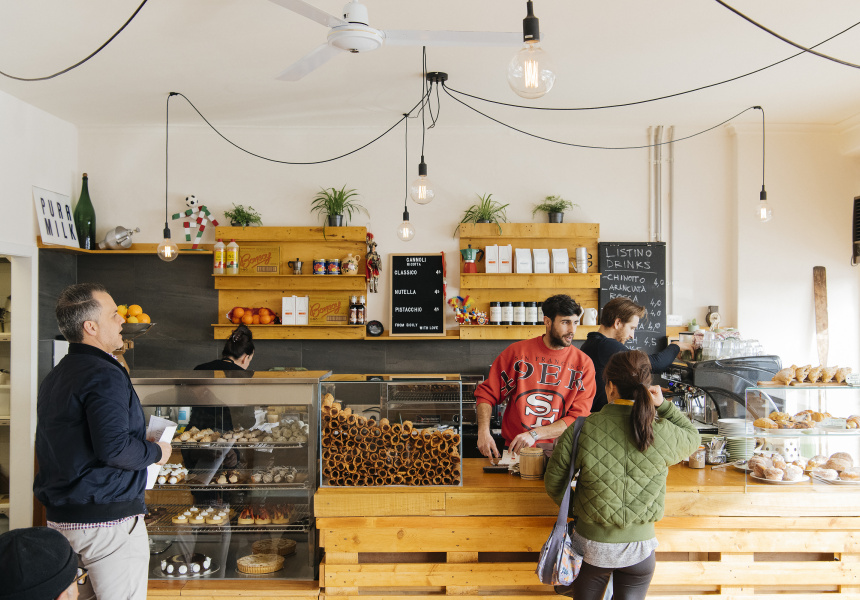 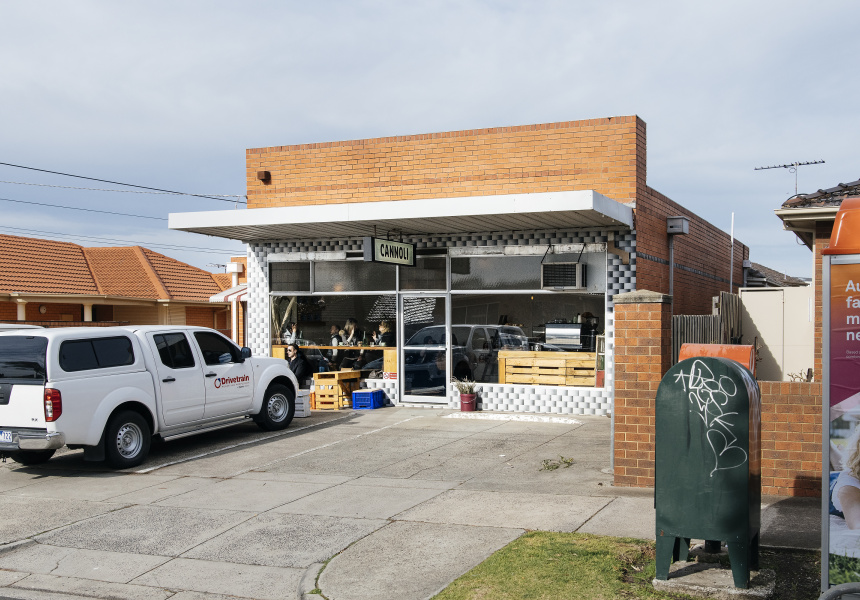 “My passion for cannoli started when I was little,” says Cannoli Bar co-owner Carlo Mellini.

Growing up in Italy, every Sunday his nonno (grandfather) would bring the family a box of Sicilian desserts. “The ricotta cannoli,” he says. “That was always my favourite.”

Even with the family history in the industry, Mellini never imagined specialising in his favourite childhood dessert. At his cannolificio (cannoli shop), cannoli aren’t just “a product that sits among other cakes – we wanted to specialise [in] it.”

The cannoli here are filled on the spot. The Sicilian classic is piped – generously – full of sweetened ricotta, mascarpone, chopped dark couverture chocolate, candied citrus and glacè cherries. Chopped pistachio decorates the ends. There are non-Sicilian versions such as chocolate or vanilla custard, and completely untraditional Oreo, Nutella and Ferrero Rocher varieties.

There are other Sicilian desserts too, such as almond biscuits and cassata siciliane layers of sponge, sweet ricotta and candied fruit, as well as a small selection of pizza.

Cannoli Bar is in an old milk bar on the very residential Riviera Road. Neighbouring street names such as Venice Court, Capri Crescent and San Remo Drive illustrate the Italian influence on the area, which is where many Italian migrants first settled. Over the speakers there’s a rotating selection of tunes by Italian singers Gianni Morandi, Rino Gaetano and Frank Sinatra (who was born in Hoboken, New Jersey, but you get the idea).

“The fit-out of the shop represents the neighbouring houses around me and it’s what – potentially – their garages would look like,” says Mellini.

A restored ladder (found discarded out the front of a nearby property) is used as shelving. It displays the two pasta machines that were used to make the store’s first 2000 cannoli.

“Unfortunately, they broke. They are not machines that are meant to be used too often,” Mellini says. “So now we have an electric pasta maker to make our cannoli shells with.”

Coffee is by Brunswick’s Nomadi Coffee Roasters. “I decided to step away from the commercial Italian coffee,” says Mellini. “But I also asked [Nomadi] to do something made for the Italian palate – not too fruity.”

Graphic designer Paink is behind the eatery’s elephant logo. It’s symbolic of the Italian region of Catania, where Mellini’s family is from.

“Being Italian, you’ve got to be a little bit superstitious … one of the theories is the elephant always has to have the trunk up, so we had to make sure of that.”

This article first appeared on Broadsheet on August 7, 2018. Menu items may have changed since publication. 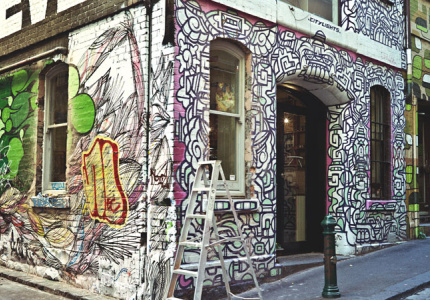