Delicate Sicilian cannoli, piped fresh to order by a family long dedicated to their craft, is worth a trip to Footscray in its own right. 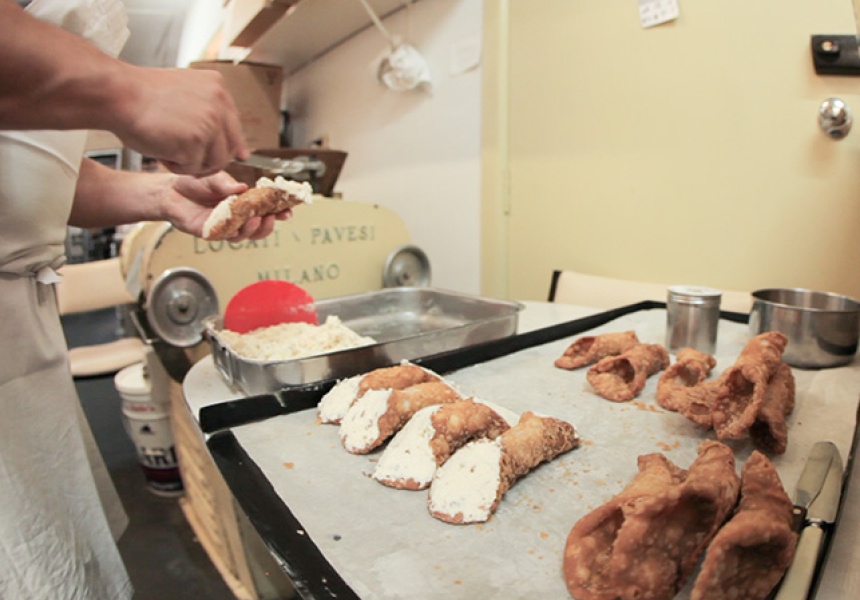 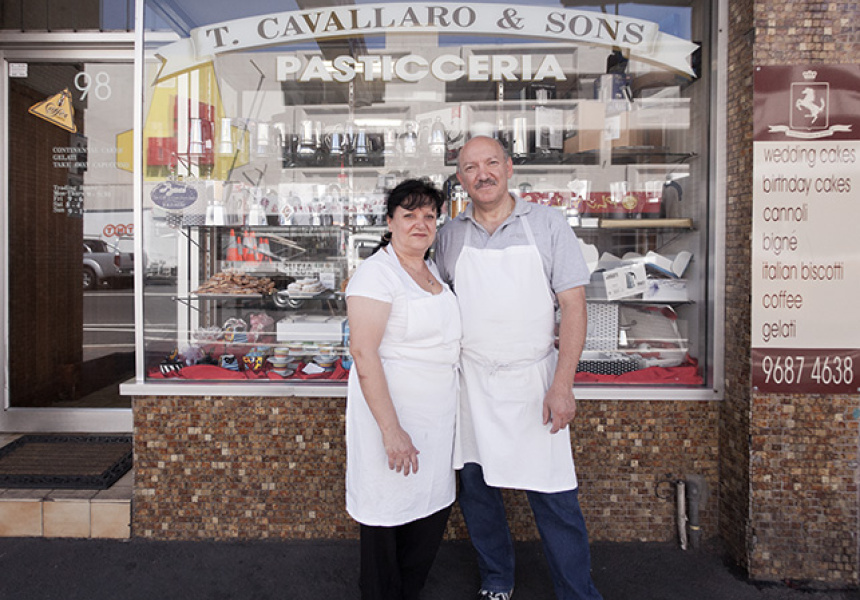 Walking down Hopkins Street, Footscray is akin to wading through a cultural melange, distinct waves of migration sitting layered atop one another. Indian supermarkets, bustling Vietnamese pho joints and African coffee houses make for a slightly ramshackle though undeniably charming streetscape. Behind an unassuming shop front decorated with coffee making vessels and ephemera, the Cavallaro family have been manufacturing premium pastries in the Sicilian tradition for over half a century.

Founded by Tomasso Cavallaro in 1956, following his emigration from Lipari to Melbourne, the business has come to specialise in the production of Italian cannoli – delicate tubes of golden, fried pastry filled with vanilla and chocolate patisserie cream or a more traditional combination of whipped ricotta, marsala and almonds. The familial pastry making tradition today remains essentially unchanged under the supervision of Tomasso’s generously-spirited sons, Tony and Carmelo, who continue to work on the premises six days a week.

Cannoli shells begin as a dough mixture made according to the Cavallaro family recipe. Once kneaded, segments of the batch are passed through a granite refining mechanism, imported from Milan during Tomasso’s reign. The resulting dough, exceptionally smooth and freed of excess air, is rolled into cylinders and cut into individual rounds. Each piece is then hand-rolled to form a flattened disc and, once wrapped around a piece of well-seasoned dowel, is placed in a fryer until suitably browned.

These shells are made on site twice weekly by staff drawn from the ranks of the Cavallaro extended family. During the peak Christmas period of trading, up to 13 members across three generations work together from the tiny kitchen behind the shop to meet the demand for these delectable sweets. Most importantly, each cannoli is filled to order, ensuring that the shell remains light and crisp upon eating, despite the seductive creaminess of the inner filling.

The Cavallaro’s ongoing dedication to raw ingredients of exceptional quality, and the authenticity of an artisanal approach to production, have gained renewed currency in a world of increasingly mass-produced pastries and pre-mixed, preservative-laden cakes. The rise of widespread culinary information exchange has resulted in international recognition of this small family business, with travellers from Japan, Canada and the United States regularly visiting, following recommendations in specialised guidebooks and niche food blogs. This, coupled with a rapidly maturing local food culture, has meant that T. Cavallaro & Sons is experiencing something of a renaissance in middle age.

As Melburnians develop an appreciation for the specialisation of distinct culinary crafts, Tony has noted an increased willingness to travel a considerable distance across the city for his cannoli, home made biscotti and made-to-order continental cakes. “In Italy, people travel to get something that they’re interested in and I think things are filtering through here too,” he explains. “Now people are travelling from everywhere to try our cannoli.”