Now back in Brisbane following the writing and recording of their third record in New York, The Grates have grown up and found an enduring sound. 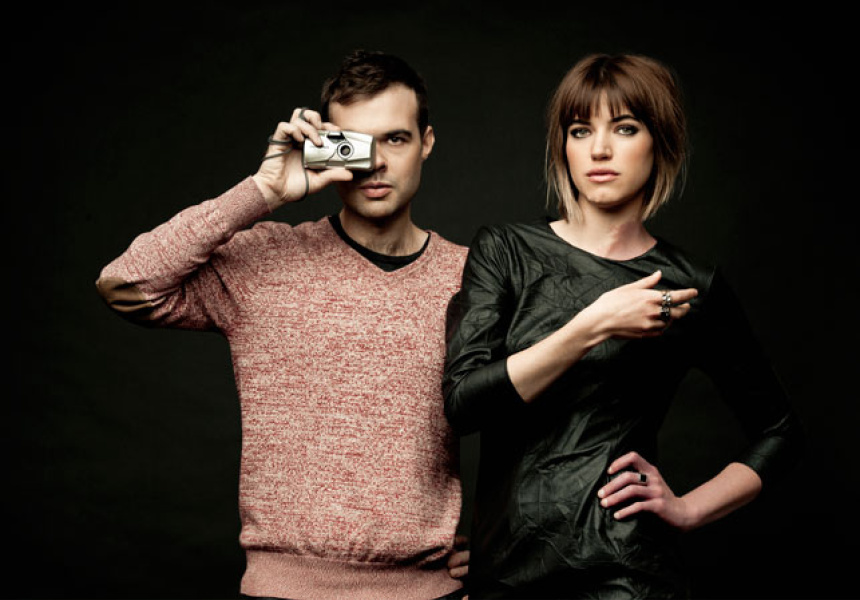 A few years back, The Grates seemed to have it all. At a time when ratbag pop was sweeping the charts, the Brisbane band had the industry in a spin. They were darlings of Triple J, they had the support of a respected label, they had the happily ramshackle shtick. These days, however, The Grates are an altogether different prospect.

The release of their second album, 2008’s Teeth Lost, Hearts Won, saw a move to Brooklyn and the quiet departure of drummer Alana Skyring, who has since popped up as a member of Neil Finn’s new band Pajama Club. Singer Patience Hodgson and guitarist John Patterson were left to push on, deciding to weather a foreign city and write a new record alone.

The result is Secret Rituals, an album of songs darker and more heartfelt than anything The Grates have previously put their name to. It’s also sublimely grungy, setting searing guitars and synths (as well as bass, for the first time) around undying rock melodies. “We grew together in a sense, John and I did,” Hodgson says of their time in New York City, which came to an end when they moved back to Brisbane just prior to the release of Secret Rituals in June. “We relied on each other more and came together more and really showed each other what we did and didn't like in music… Plus we have all these great photos now of us all wearing face marks trying to not get swine flu when that was a thing.”

With change at its thematic and musical core, the album finds Hodgson recontextualising lyrics that would once have sat as innocent calls to mosh-pit action. Mid-album song Welcome To The Middle, for instance, uses the line “We’re all in a circle – hooray” more as a statement of resignation to life’s cycles than as a frivolous party line.

“Oh, this is embarrassing, but for a time after writing Welcome To The Middle I would cry,” Hodgson reveals. “I was definitely going through some big things in the middle of winter. I'm pretty sure I got seasonal depression.

“Welcome To... is a song about being human. We do these things as humans like love and fight and learn like we're the first ever, and then you get to an age where you realise it's all we've ever done as the human race, but doing them as a race is what ties us all together.”

With their Australian Summer’s Breath tour on the way, Hodgson tells us that, live, she and Patterson are now joined by Ben Marshall, a drummer from New York City. The trio have just been back in New York playing the CMJ music conference, which gave Hodgson the chance to catch up on a few of her favourite things to do in the city.

“Having someone else do my washing!” Hodgson offers as a highlight of her time living there. “The barbeque – the slow-cooked barbeque and the burgers. Walking home from a bar after spending practically nothing on beers. And the co-op; I was a member of a food co-op, which became my religion. Oh, and also living in a tiny place – no grass to mow, just a bed to make every day.”

The Grates play The Hi-Fi with Last Dinosaurs and Loon Lake on Monday October 31 (Melbourne Cup eve). Secret Rituals is out through Dew Process/Universal.